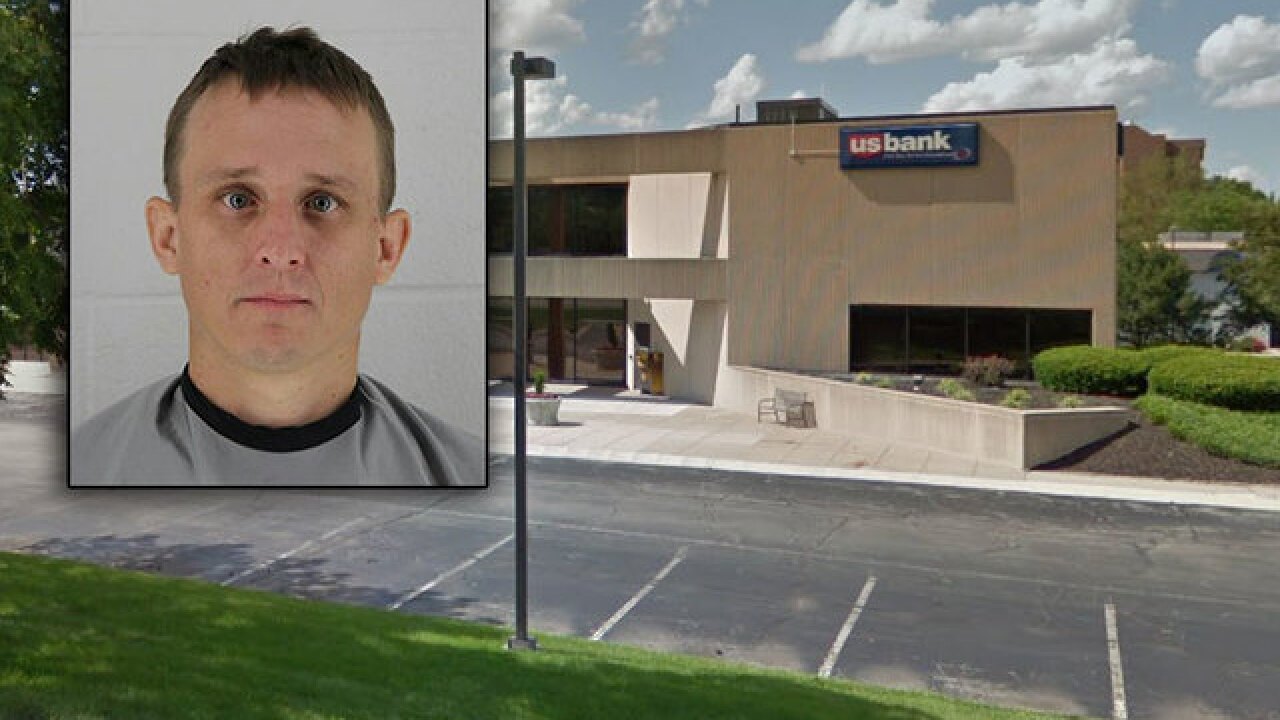 OVERLAND PARK, Kan. -- A man has pleaded guilty to robbing an Overland Park bank after he was caught less than a mile away thanks to a GPS tracker placed in his money bag.

A statement from the U.S. Attorney's office said Cothern told the teller not to "do anything you shouldn't" — but the teller had plan. Along with the cash, the teller threw a GPS tracker into the bag.

Cothern left the building and the teller triggered the alarm. With the GPS tracker secured in the money bag, police were able to catch up to Cothern less than a mile away from the robbery near 83rd and Melrose.

Cothern was scheduled to be sentenced at a later court appearance. He could spend up to 20 years in prison and face a fine of up to $250,000.