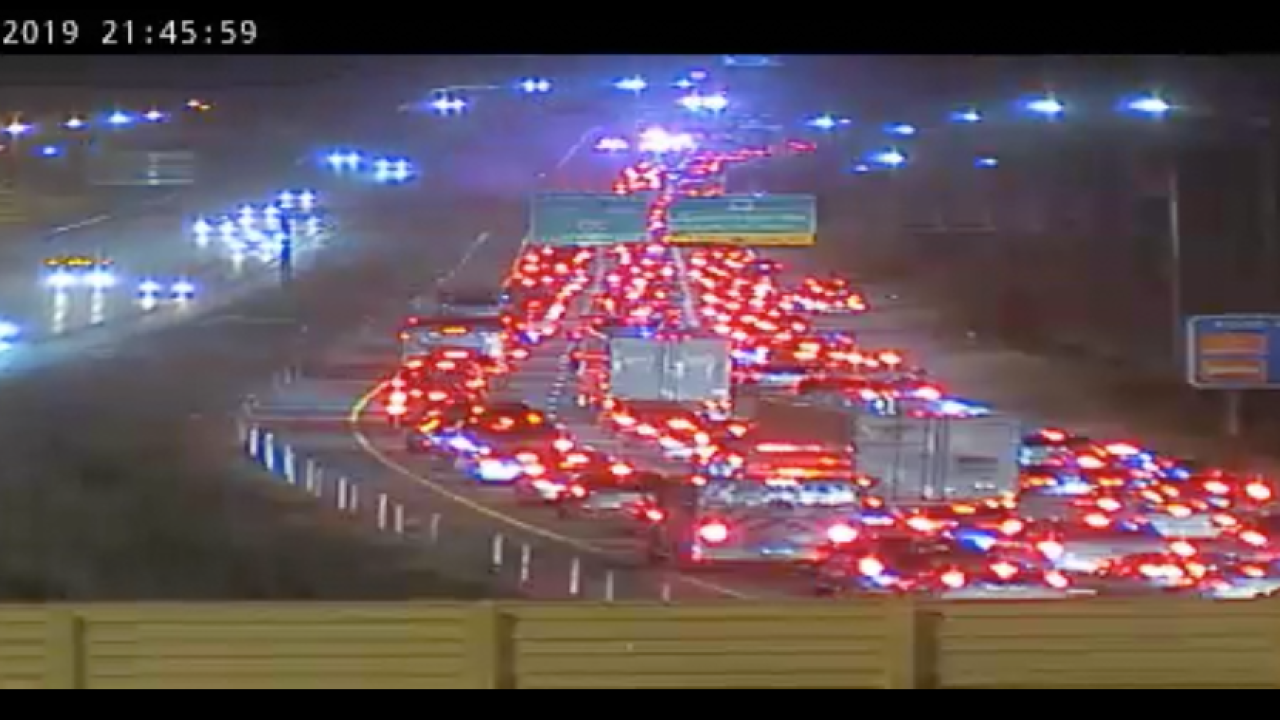 Copyright 2019 Scripps Media, Inc. All rights reserved. This material may not be published, broadcast, rewritten, or redistributed.
One person died Wednesday in a multi-vehicle crash on southbound U.S. 71 near Bannister Road.

KANSAS CITY, Mo. — A 13-year-old boy from Belton died Wednesday in a two-vehicle crash on southbound U.S. 71 near Bannister Road.

The wreck — which involved two pickup trucks, including one that rolled over — happened shortly before 9:20 p.m.

There were two occupants in each vehicle. The boy who was killed had been riding in the Dodge. He was a student at Belton Middle School, the district said Thursday.

The other three individuals were all transported to the hospital in serious, but not life-threatening, condition.

Police closed the highway at Bannister Road as emergency crews responded to the scene.

The KCPD Accident Investigation Unit was called to the scene to investigate.

The crash created a nearly mile-long traffic backup as the road remained closed until after midnight.

Police said they are investigating impairment on the part of the Ford driver.