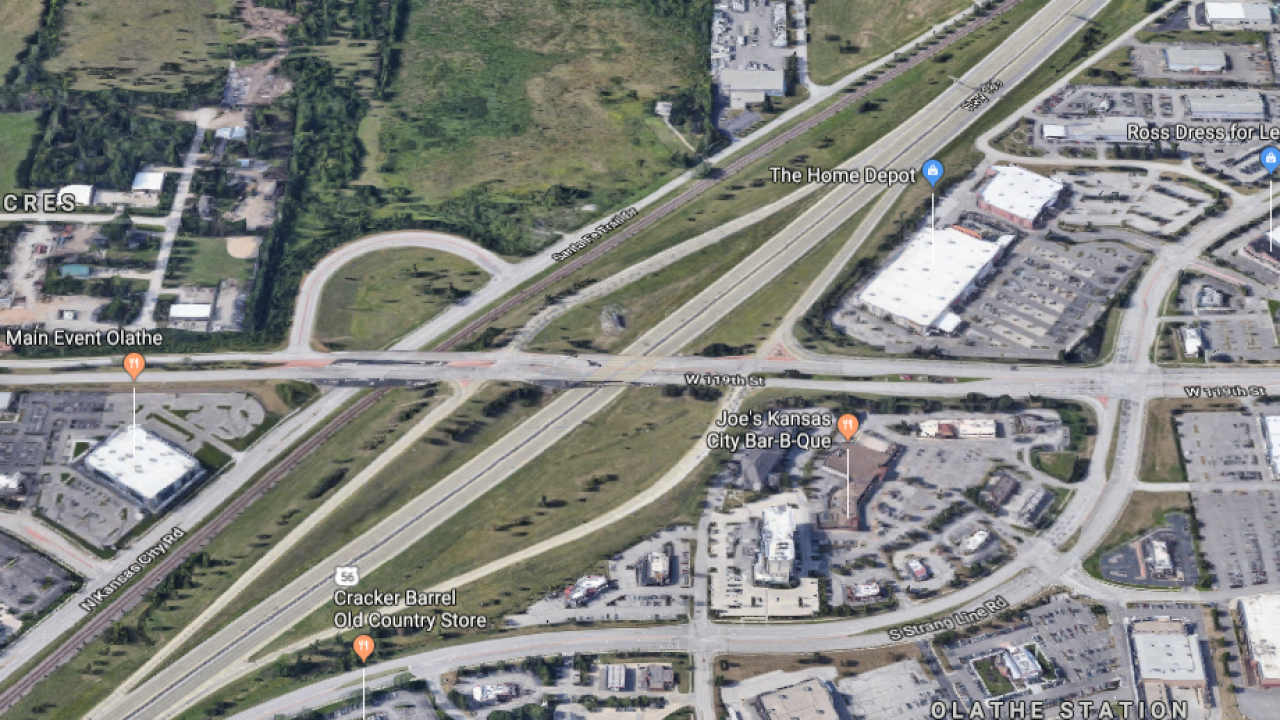 KANSAS CITY, Mo. — Olathe will receive a $10 million BUILD Grant to expand and improve the Interstate 35 and 119th Street interchange.

The interchange, which is located less than two miles south of the I-35/I-435 interchange, “is currently approaching the end of its design life and is a large bottleneck during rush hour,” according to a release from Moran’s office.

“Interchange improvements at I-35 and 119th Street have been a priority of Johnson County and Olathe officials," Moran said, "and I’m pleased that our coalition was able to secure resources for one of the highest traffic volume intersections in the state through a BUILD grant from the U.S. Department of Transportation."

The plan is to change the overpass into a diverging diamond to help ease congestion, allowing for traffic flow and safety enhancements.

“This area serves as the spine for KC’s Gateway District," Moran said, "and the completion of these improvements will allow residents and travelers to safely and more effectively access jobs, businesses and amenities in the area. In the coming months, I’ll continue working with local officials to prioritize infrastructure projects that the Kansas City regional economy relies on.”