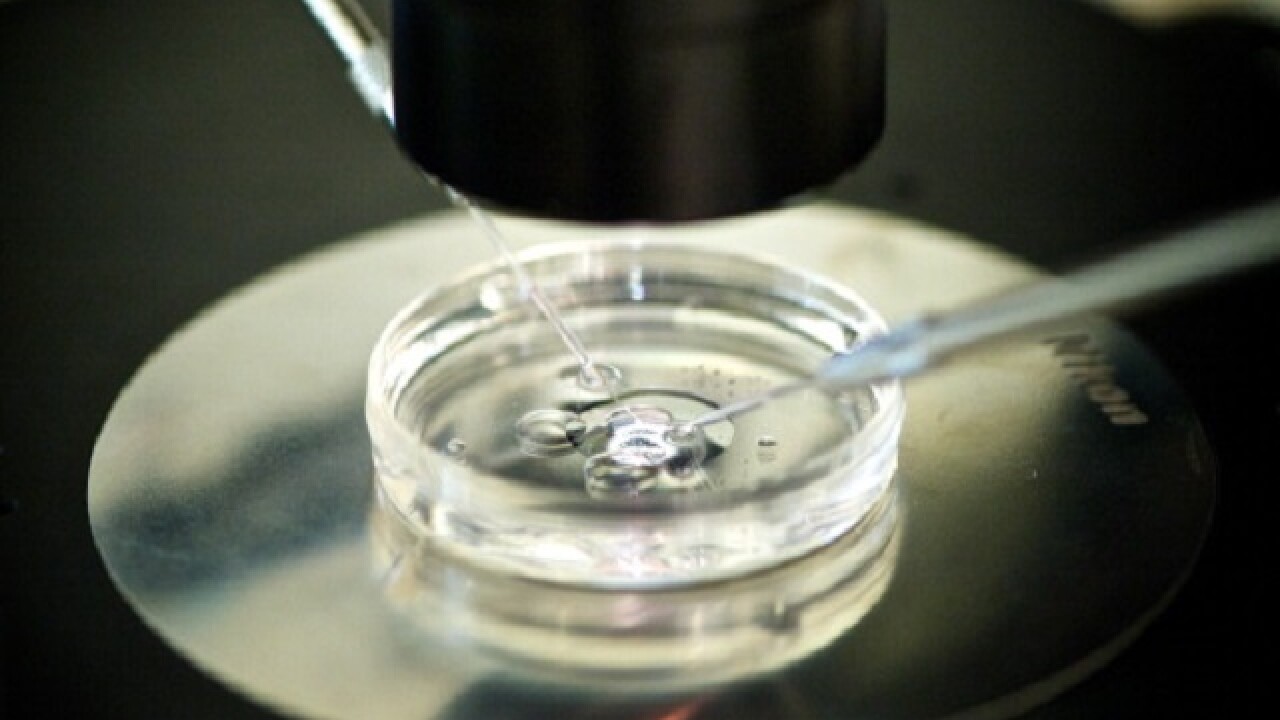 Copyright 2017 Scripps Media, Inc. All rights reserved. This material may not be published, broadcast, rewritten, or redistributed.
BSIP/Contributor
<p>Ivf (Photo By BSIP/UIG Via Getty Images)</p>

KANSAS CITY, Mo. — More and more women are seeking help getting pregnant. With that help has come an increase in the number of women freezing eggs and embryos.

The Centers for Disease Control recently released preliminary numbers for 2016, the latest data available for assisted reproductive technology, or ART, because it takes two years to finalize births and verify data.

The data was collected from 463 reporting clinics in the US, including nine in Missouri and four in Kansas.

Of the 263,577 ART cycles (the two-week process of stimulating egg production with the intent to transfer embryos), 65,840 were done so to freeze all resulting eggs or embryos for future pregnancy attempts.

The CDC points out the use of assisted reproductive technology is relatively rare, “its use has doubled over the past decade” resulting in 1.7% of all infants born in the United States every year are conceived using ART.

One of the reporting clinics is Midwest Reproductive Center in Olathe.

Dr. Dan Gehlbach started the practice in 2004 and has been a reproductive endocrinologist for 25 years.

He says he’s moved to almost exclusively freezing all embryos.

“Once the data was clear that transferring an embryo soon after egg retrieval was not the optimum time for a transfer, and we could freeze an embryo and allow the uterus to recover from all the hormonal changes that had occurred, and then place the woman on a much lower dose of hormones that just prepare her uterus for an embryo to attach…then we were able to show an improvement in pregnancy rates by transferring a single embryo that had been frozen and thawed verses where we used to transfer two fresh embryos almost routinely,” said Dr. Gehlbach.

Gehlbach says this is not only increasing the chances of a successful pregnancy, it is also lowering the risk of twins or triplets. He’s now been following this plan for three years at his clinic.

The doctor says advances in medicine may also keep costs down.

If a couple can commit to even one round of in vitro fertilization, fertility doctors can freeze multiple eggs or embryos so the future costs are for thawing and implantation, verses more rounds of IVF.

An IVF cycle typically runs $15,000 to $23,000 when all costs are considered. If no embryos are frozen, the full IVF cycle must be repeated for another attempt.

If embryos are frozen after one IVF cycle, thawing an already frozen embryo and implanting it in a woman’s uterus is significantly cheaper than a full IVF cycle. One doctor’s office quoted us about $3,000.