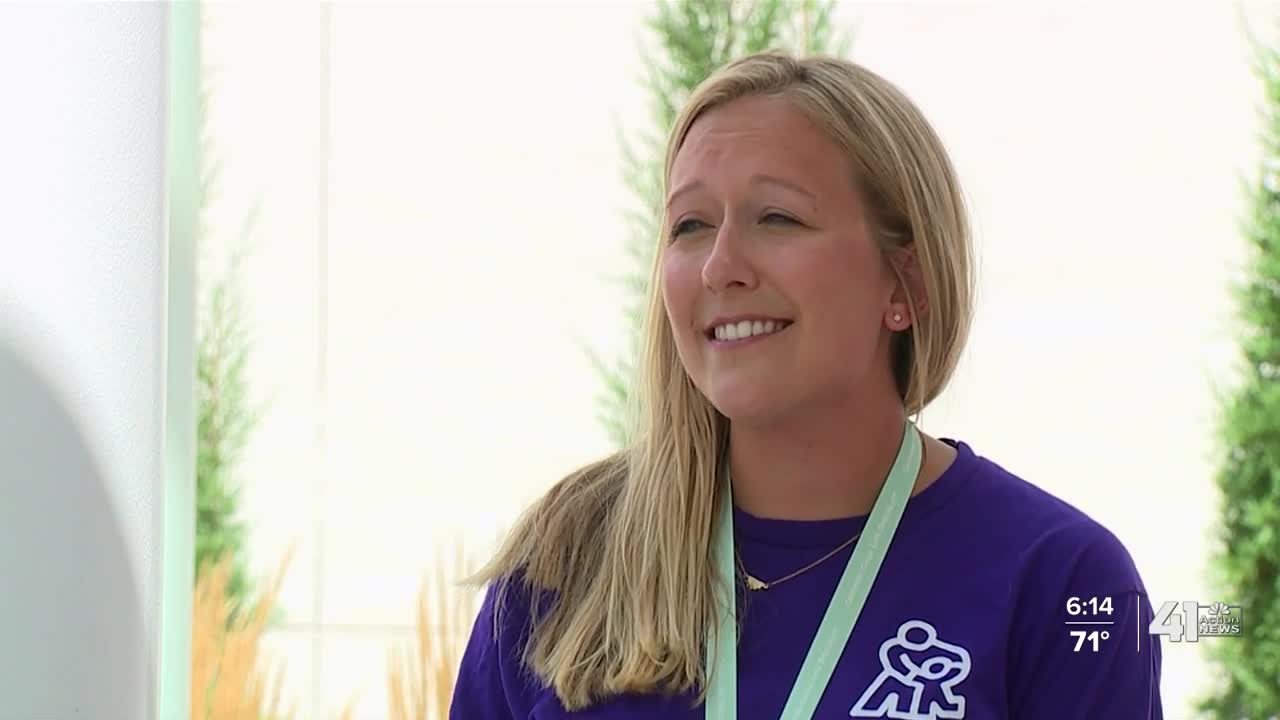 As a child life specialist at Children's Mercy Hospital, part of Megan Abbott's job is walking children through the process of getting a COVID-19 test before they undergo any procedure. And it’s a procedure she knows all too well. 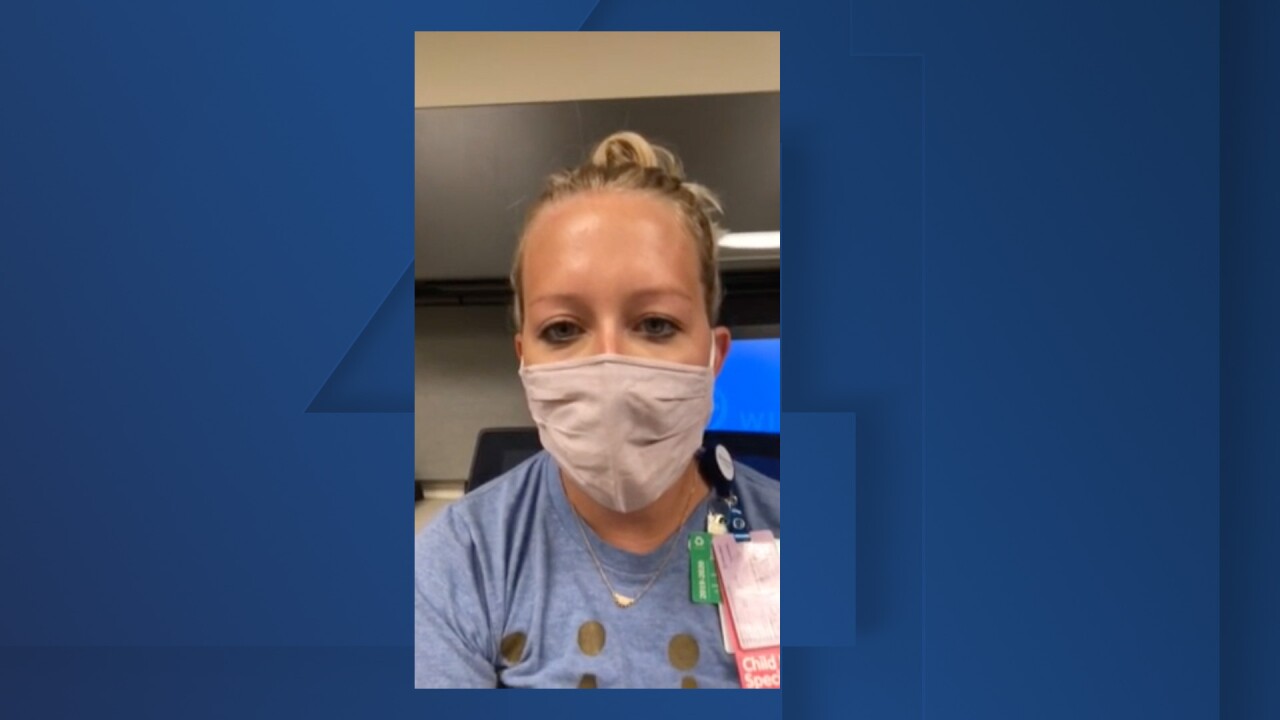 KANSAS CITY, Mo. — As a child life specialist at Children's Mercy Hospital, part of Megan Abbott's job is walking children through the process of getting a COVID-19 test before they undergo any procedure. And it’s a procedure she knows all too well.

“I’ve had it twice," Abbott said. "It’s not the easiest thing to describe.”

Abbott has shown symptoms and subsequently been tested twice for COVID-19. Every day, she works with the smallest, most unsuspecting people at risk for the virus.

“I’m like, oooh, it’s starting to affect the kids," she said. "At the beginning, scientists were saying it’s not going to affect kids as much. Well, then we started seeing it affect them. It becomes a little alarming.”

Abbott and many other hospital workers gave 41 Action News an inside look for three weeks, describing their jobs and their mindset while battling all sorts of ailments, including coronavirus.

ANCHOR KEVIN HOLMES: Since Mid-March, what’s been your biggest surprise?

With no end in sight, the laughter has shifted to a little bit of concern. And a whole lot of uncertainty.

It sometimes feels like Groundhog Day. Every day, Abbott is decked out in personal protective equipment as a safeguard for both her family and herself.

“I was nervous going home and my kids getting it, my husband getting it," Abbott said. "Then I heard that dogs were getting git. I was like, am I spreading this to my whole family?”

Though working in the medical field, Abbott has questions about the virus just as much as others.

“It’s turned our world upside down," she said. "I don’t even have words. It’s impacted every aspect of my life. My work life, home life, any plans that were made.”

As the pandemic continues, Abbott said it’s important to remember everyone is in this together.

“Society can work hard to protect each other," she said. "We have to look at it as we’re protecting each other, not just ourselves. It’s a group effort.”