Kansas City fire crews responded to the blaze in the 400 block of Askew Avenue shortly after 4:30 p.m.

Firefighters encountered heavy fire conditions and quickly moved to fight the fire from outside the home.

A nearby home also caught fire.

No injuries were reported, though the American Red Cross was called to assist five adults and one infant.

The cause of the fire remains under investigation.

Fire crews may have been hampered in fighting the blaze by a car parked in front of a fire hydrant. 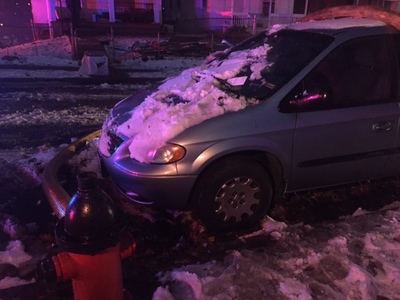