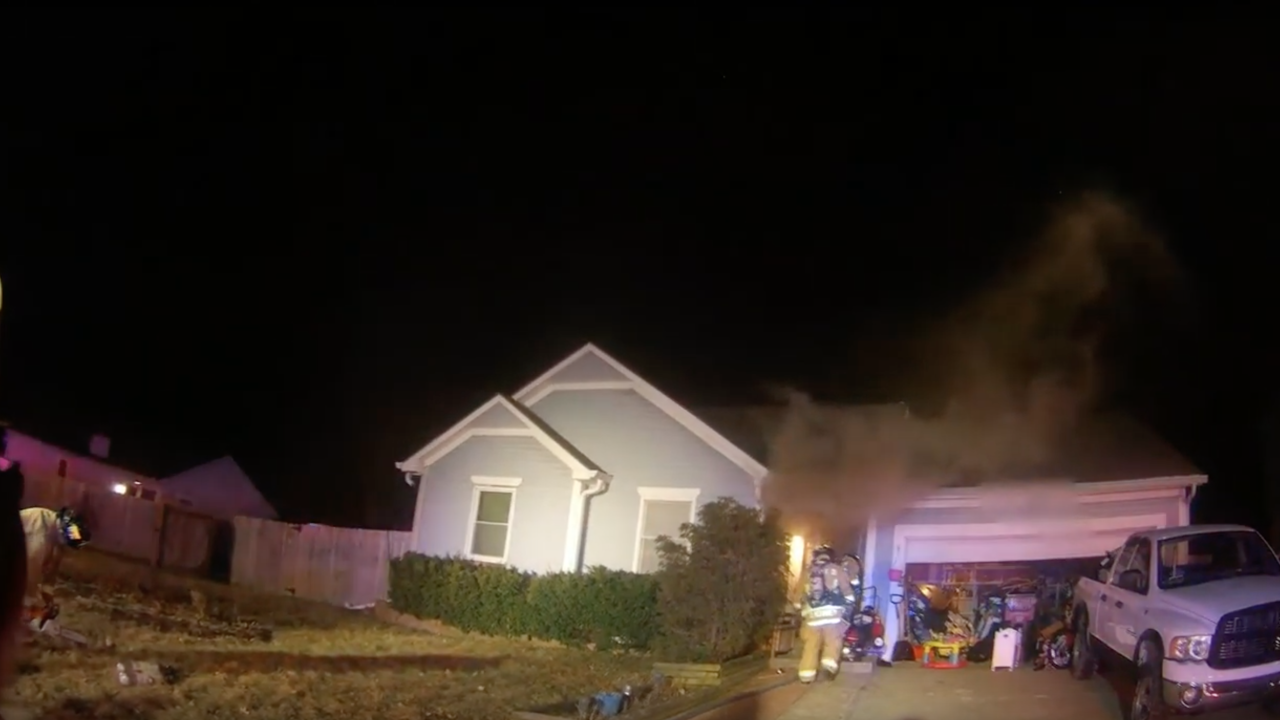 The home caught fire in the 200 block of West Skylark Street in Gardner, Kansas.

According to fire officials, crews arrived to find smoke coming from the home.

The family was not home when the fire started, but were the ones who discovered it when they returned home.

No people were injured in the fire, but one cat and two reptiles were killed.

The family was displaced from their home.