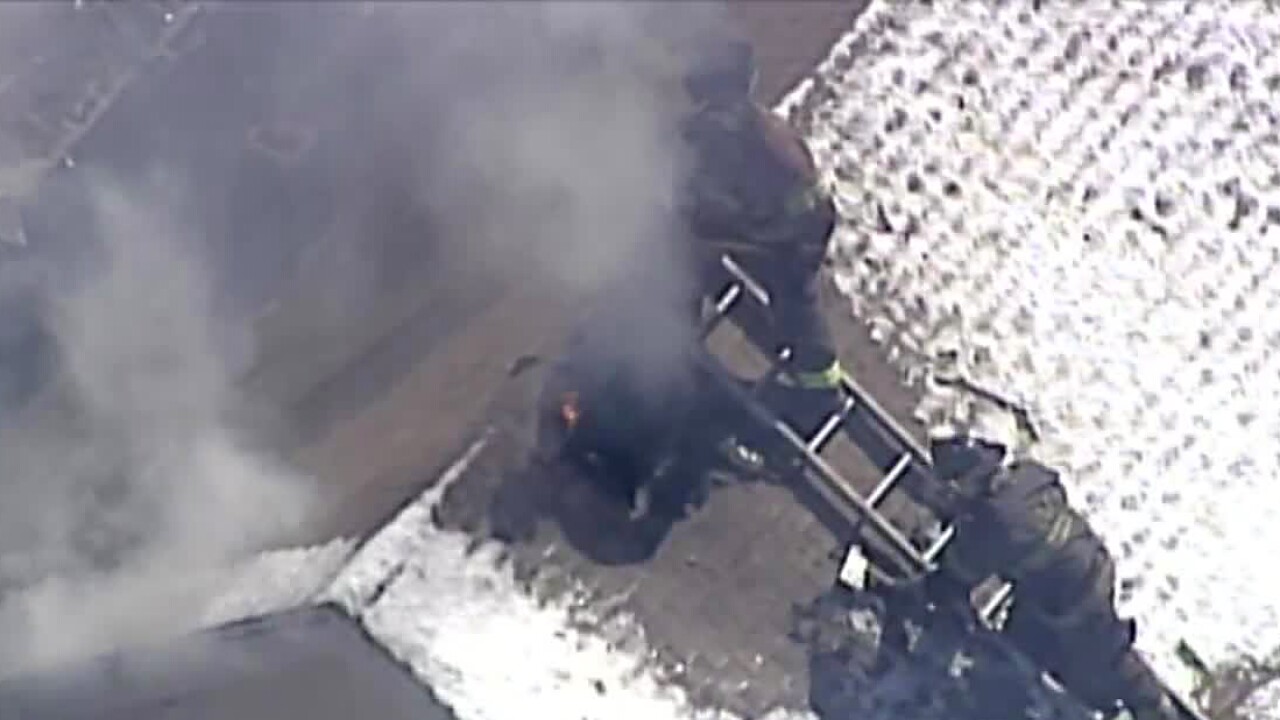 After about 20 minutes of fighting the fire at the first house, the fire skipped over to a second house.

No injuries were initially reported.