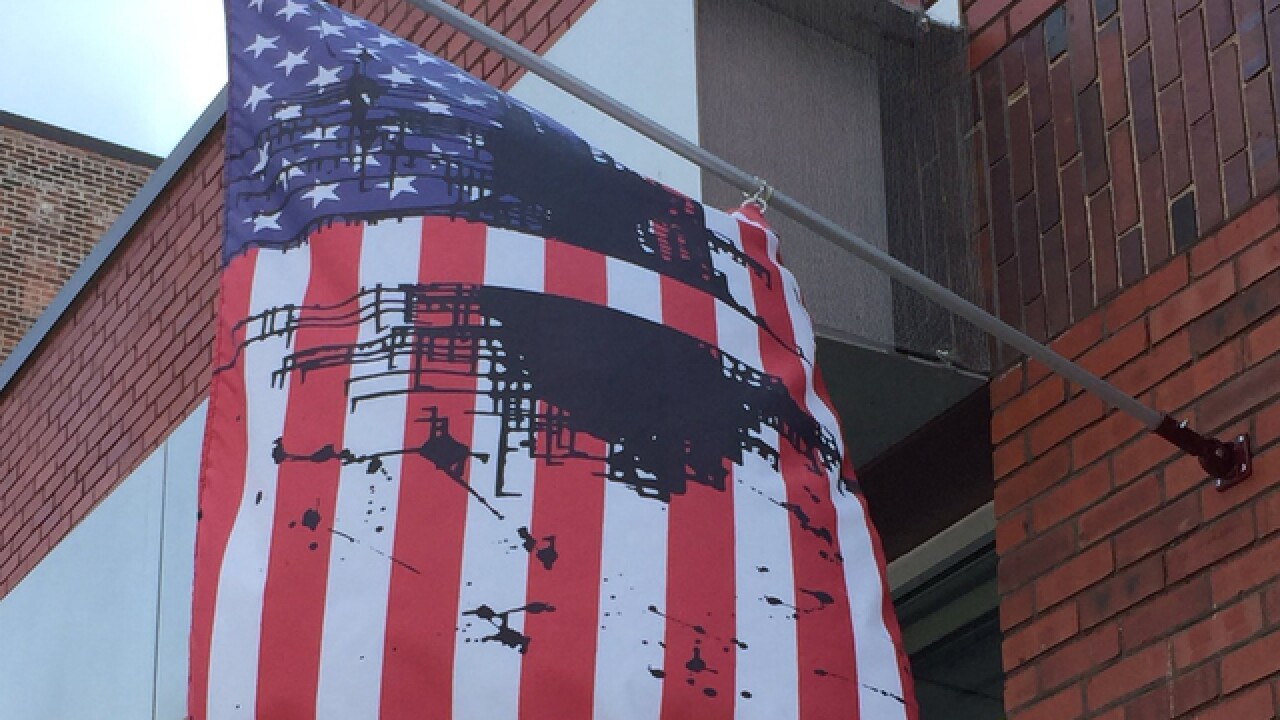 KANSAS CITY, Mo. – A flag similar to the one taken down this week at the University of Kansas due to public comment is also flying in the Crossroads Arts District in downtown Kansas City.

The flag at KU, part of an art project dubbed “Pledges of Allegiance,” was moved to the Spencer Museum of Art on the KU campus following outcry.

A flag like the one that was moved at KU is on display outside the Mid-America Arts Alliance. It's by a German artist and is scheduled to be on display through the end of July. @KCMAAA pic.twitter.com/1G3b4Kwmal

The Mid-America Arts Alliance at 20th and Baltimore flies a similar flag that’s also a part of the Pledges of Allegiance project.

The group says it’s one of eight flags they’ve flown since February to increase civil conversations.

The project closes on July 31.