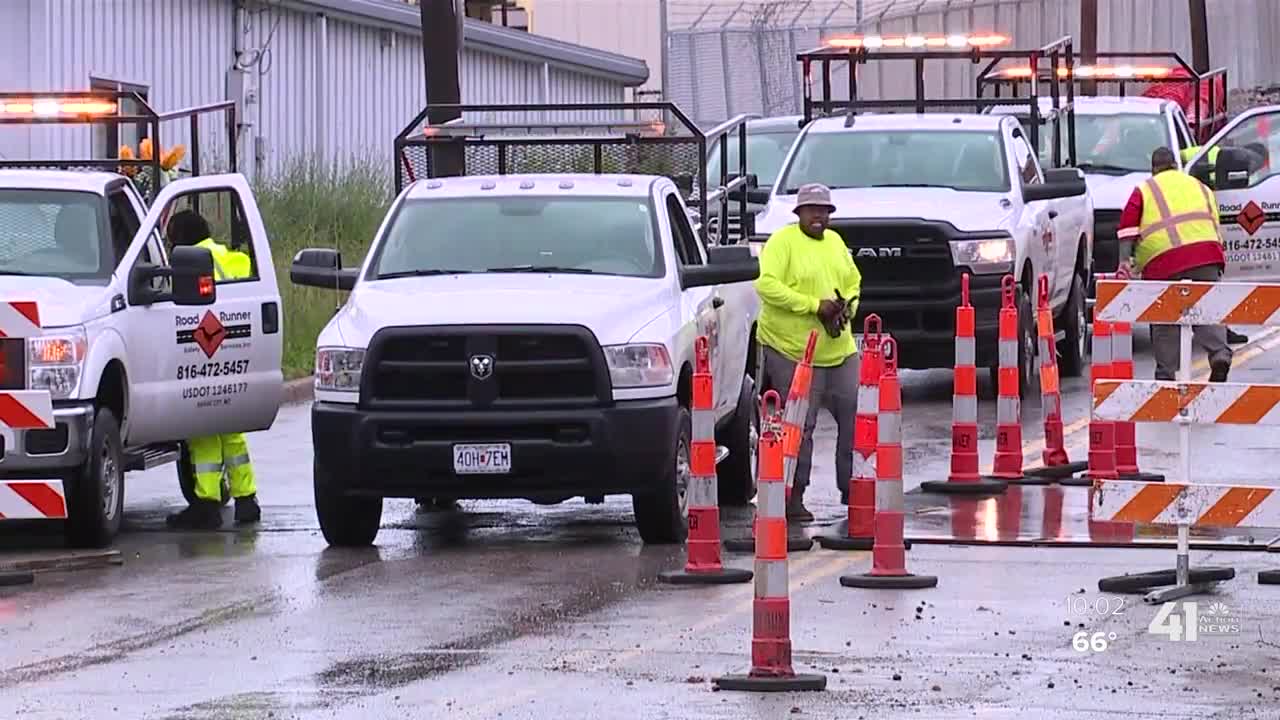 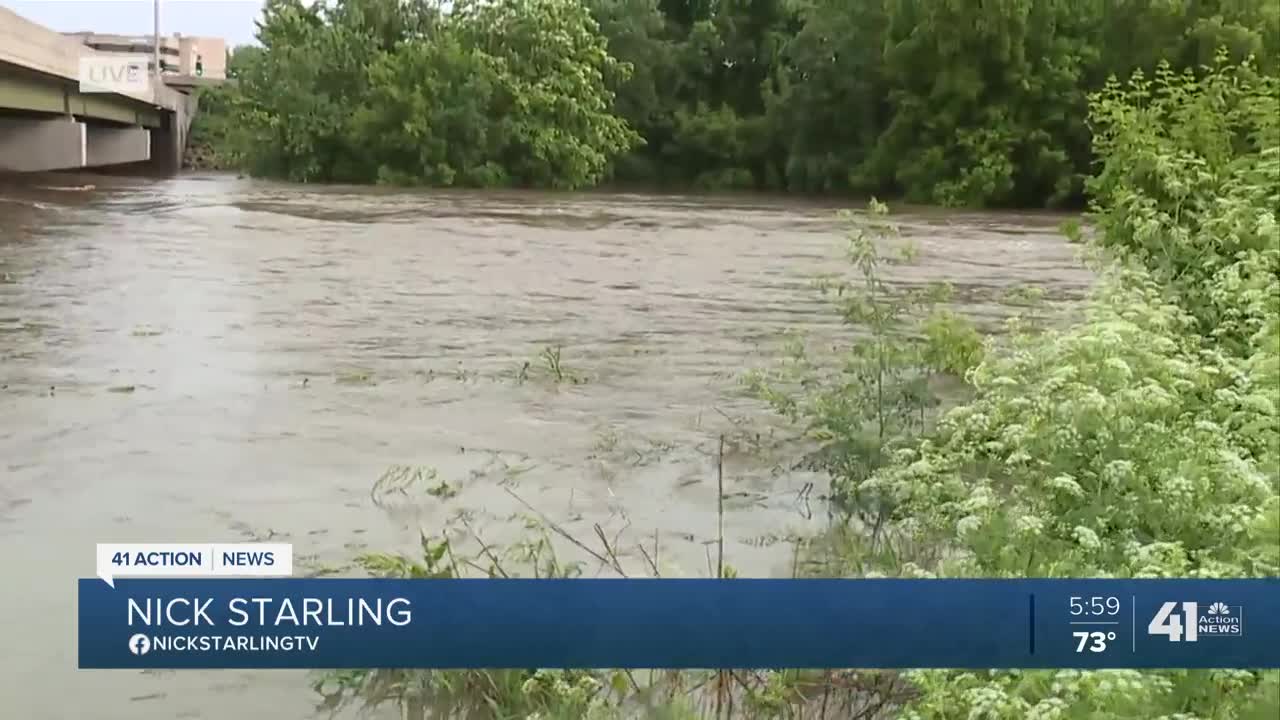 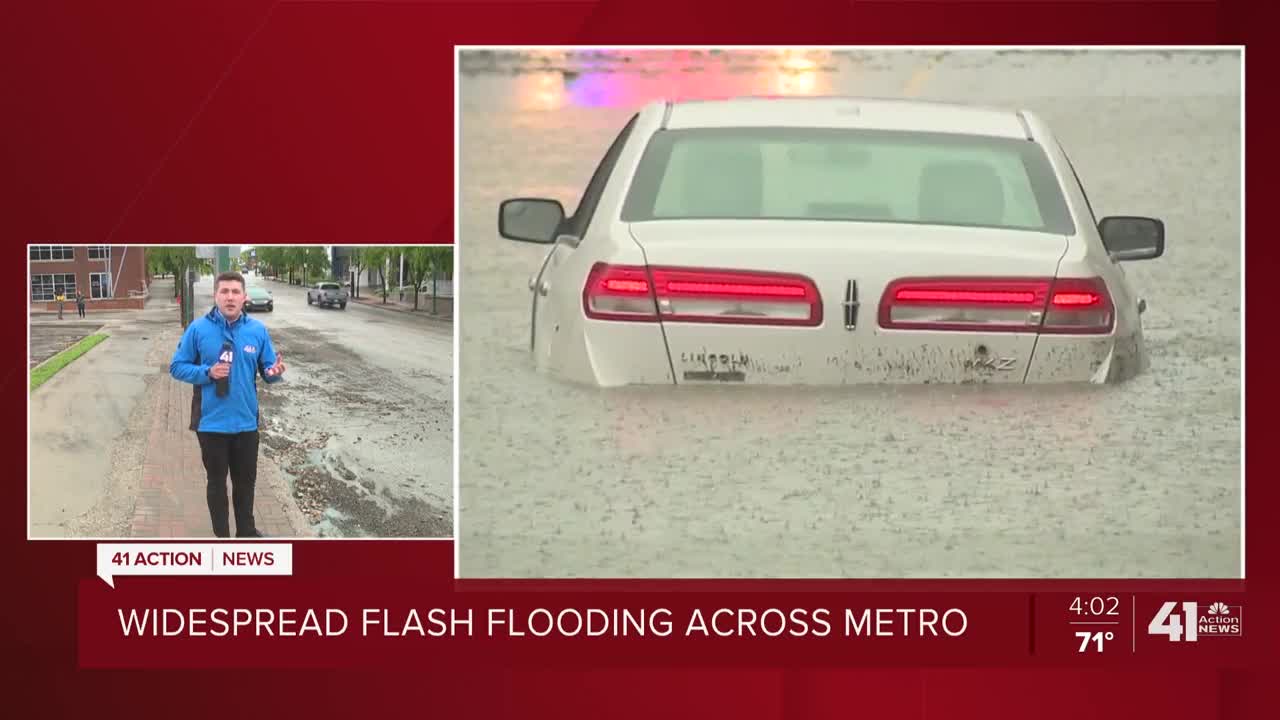 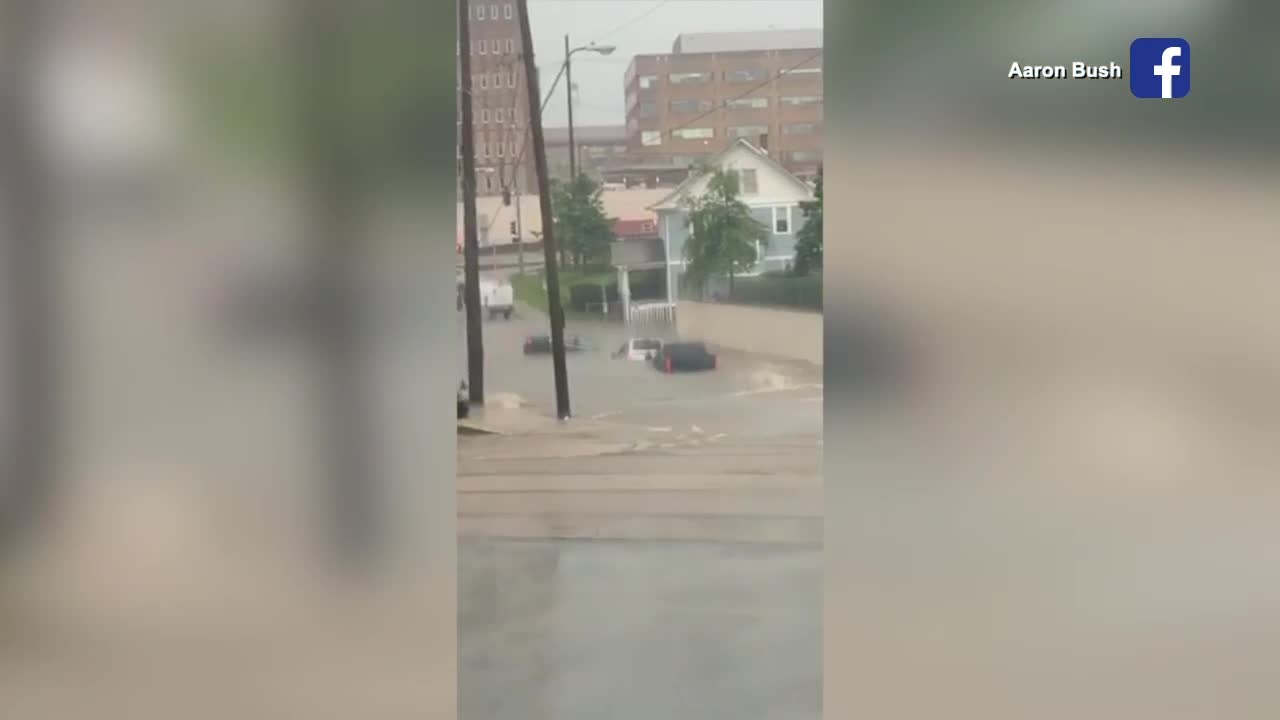 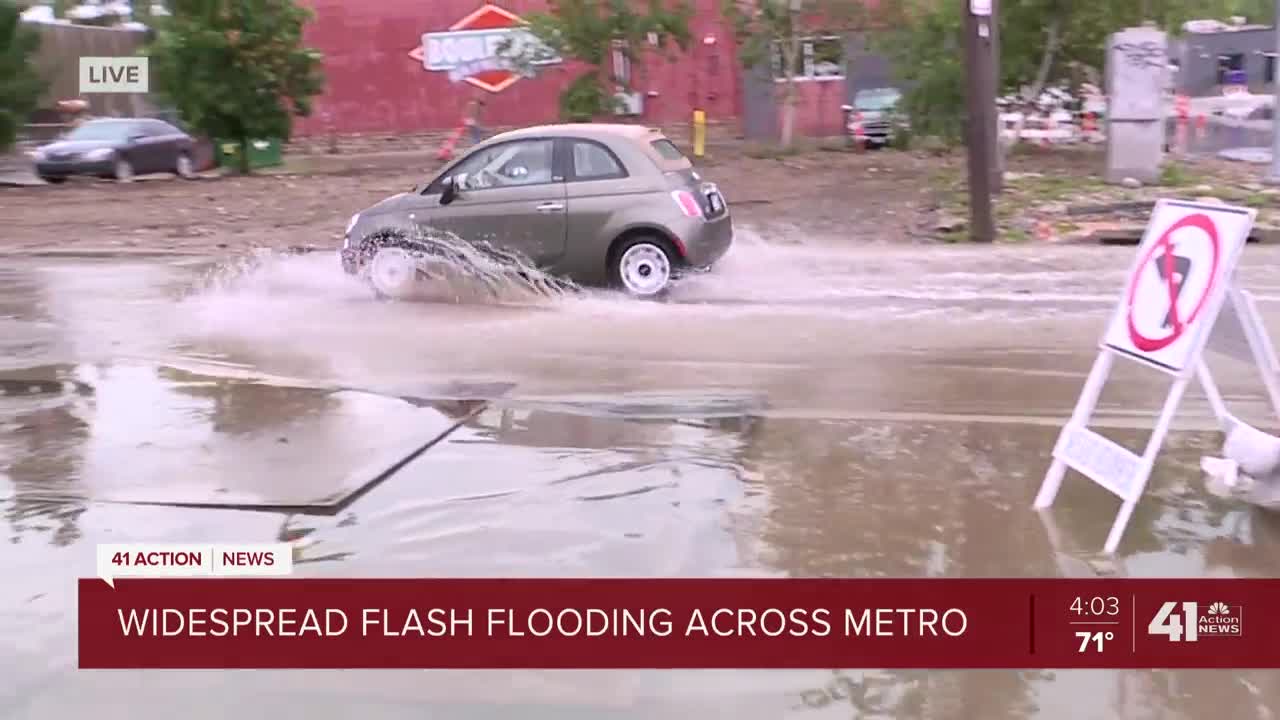 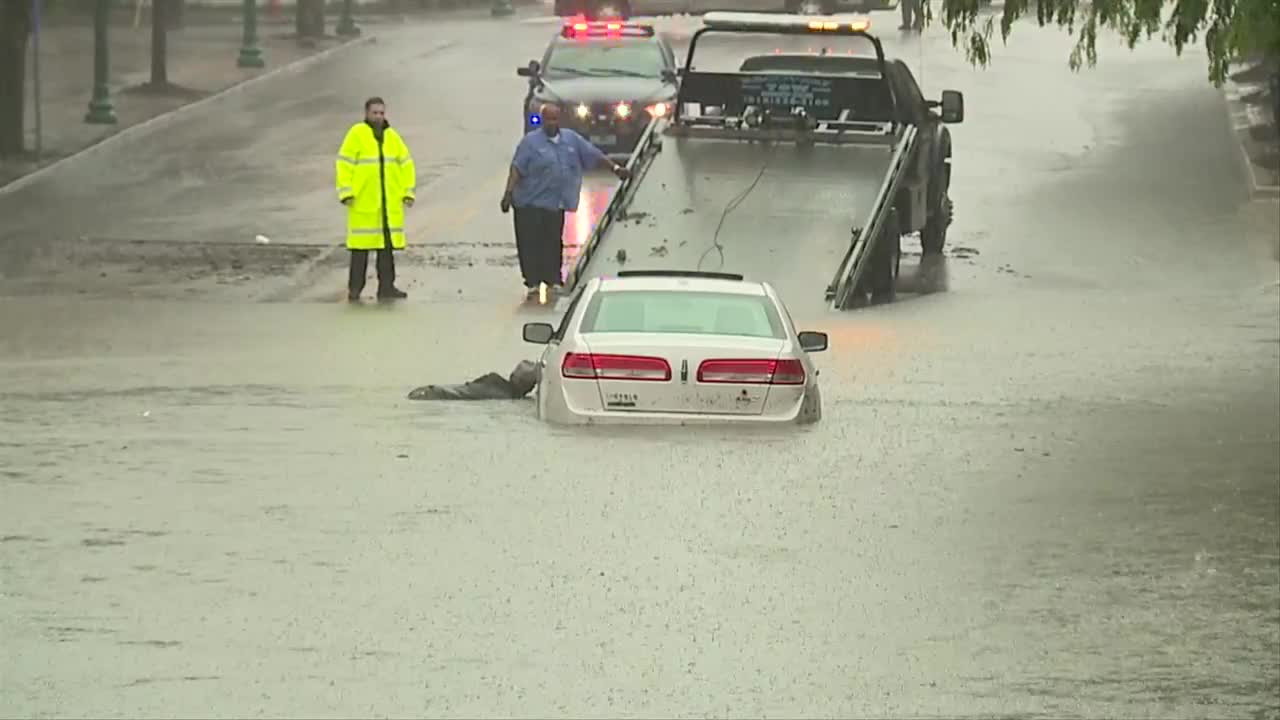 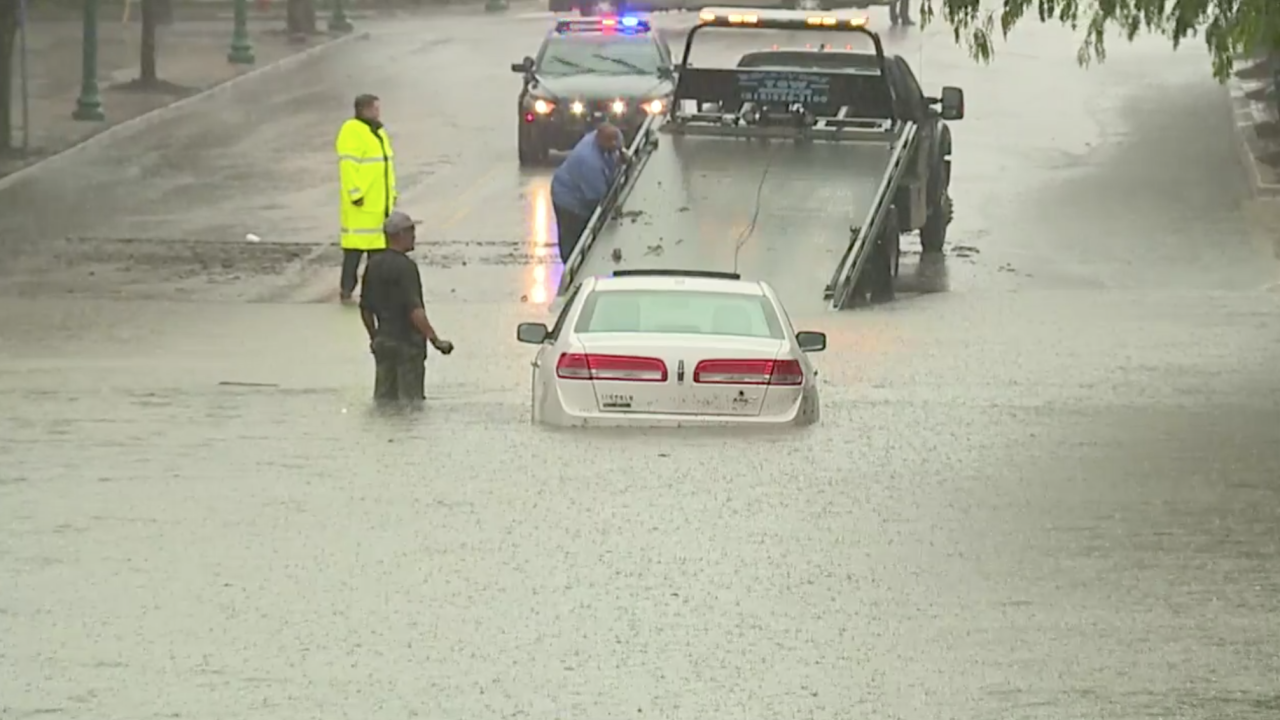 5:04 p.m. | Heavy rains this week, especially Thursday morning and afternoon, led to widespread flooding in parts of the Kansas City area, including Westport as seen in this viewer-submitted video from Aaron Bush.

Torrential rains cause flooding near Westport

4:45 p.m. | Water has receded significantly in many areas where flash flooding was reported.

Surveillance video obtained by 41 Action News shows the area of Roanoke and 31st, near Southwest Boulevard, where cars drove through high water.

The owner of a nearby business said a semi truck helped some stranded cars out of the water.

MoDOT said it had crews on the scene and asked drivers to remember to "turn around, don't drown."

⚠️High Water Alert: Our Maintenance Crews have arrived @ I-70 near Broadway Blvd in downtown KC. Plz avoid roadways with high water. Vehicles can be easily swept away. Remember, turn around, don't drown. Be safe. #kctraffic pic.twitter.com/fpbX3EDrfa

In only 30 minutes, the water rose 1.5 FEET over the road near NE 137th St & N Home. Road crews have been out and placed signs to warn motorists. #TurnAroundDontDrown #mowx pic.twitter.com/DcgHMkNyy3

3:15 p.m. | KCPD said cars are stuck in high water at the following locations:

Water is reportedly covering the road at Lee's Summit Road and Phelps Road, and Gardner Avenue and Chouteau Trafficway, according to police.

KCPD has also received reports of manhole coverings cming off near 31st Street and Baltimore Avenus, and 75th Street and Troost Avenue.

3:07 p.m. | Rushing water is visible along Brush Creek near the Country Club Plaza.

People had to be rescued from a vehicle stuck on 73rd Street and Route Z is closed south of Orrick city limits due to high water.

2:45 p.m. | Kansas City, Missouri, police issued a warning to drivers not to drive through high water.

Police later tweeted a photo of a car that attempted to drive through water near Westport Road and Mill Street, and said they would be barricading the roads there.

High water has also been reported at Southwest Boulevard and 25th Street.

2:30 p.m. | The flash flood warning issued earlier by the National Weather Service has been extended to 5 p.m.

PREVIOUS | Continued overnight and morning rains have prompted the National Weather Service to issue a flash flood warning for portions of Jackson and Clay counties in Missouri.

41 Action News Chief Meteorologist Gary Lezak said more than two inches of rain has already fallen in some parts of the metro.

Those same parts of the metro are in a part of a line of storms that could stretch through most of the day, leading to an additional two more inches of rain in some areas.