Flood warning in effect for parts of KC area 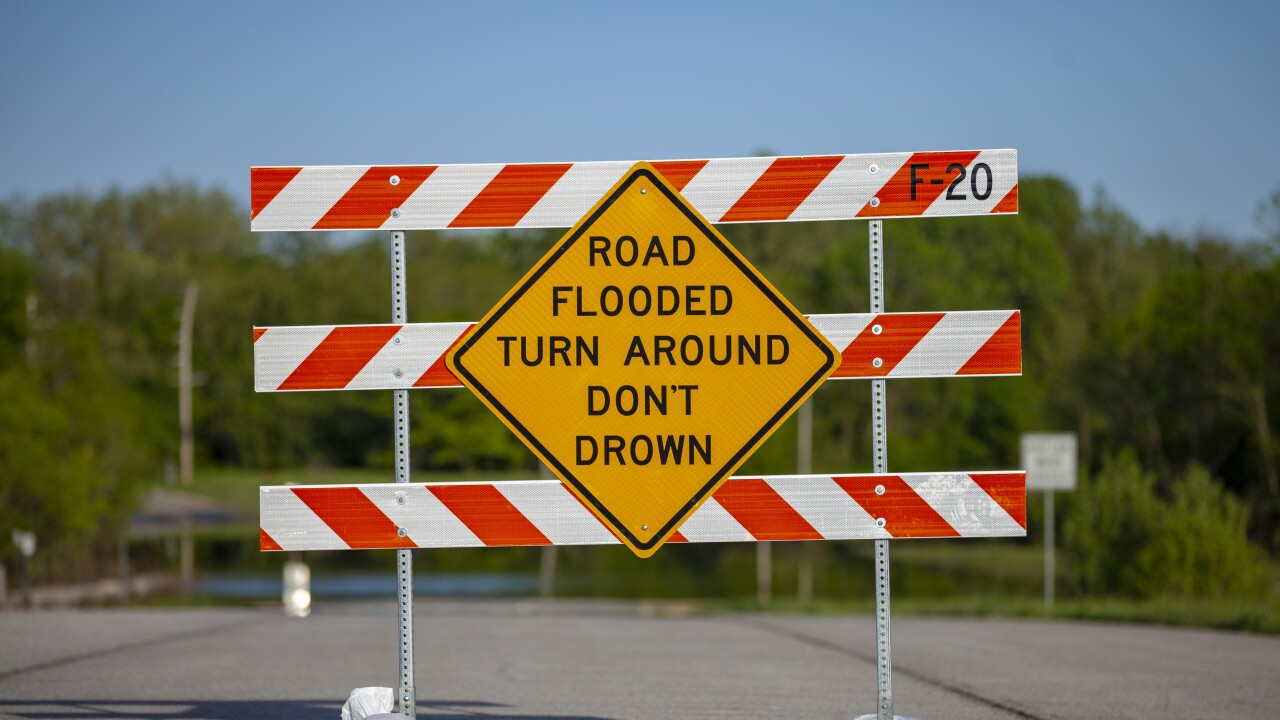 Copyright 2019 Scripps Media, Inc. All rights reserved. This material may not be published, broadcast, rewritten, or redistributed.
Tyler Navas
Many roads in the metro have taken a beating and some even have closed with all the rain we’ve gotten in the last week. Another one to three inches of rain is expected this week, but officials in Missouri and Kansas are ready in the event of more flooding.

KANSAS CITY, Mo. — A flood warning is in effect for parts of the Kansas City area Thursday morning.

The National Weather Service in Pleasant Hill issued a flood warning for Northern Cass County, Southeastern Jackson County and Southwestern Johnson County in Missouri until 6:15 AM.

River flood warnings were also issued for several cities and counties. Those can be found on the 41 Action News Weather Alert page. They expire at various times.

Long rounds of heavy rain Wednesday night lead to three to five inches of rain across the area. Additional rainfall amounts of one to two inches are possible in the warned area early Thursday morning.

Officials are advising drivers to turn around, don't drown when encountering flooded roads. Most flood deaths occur in vehicles.