Christmas Eve will be the final day of business 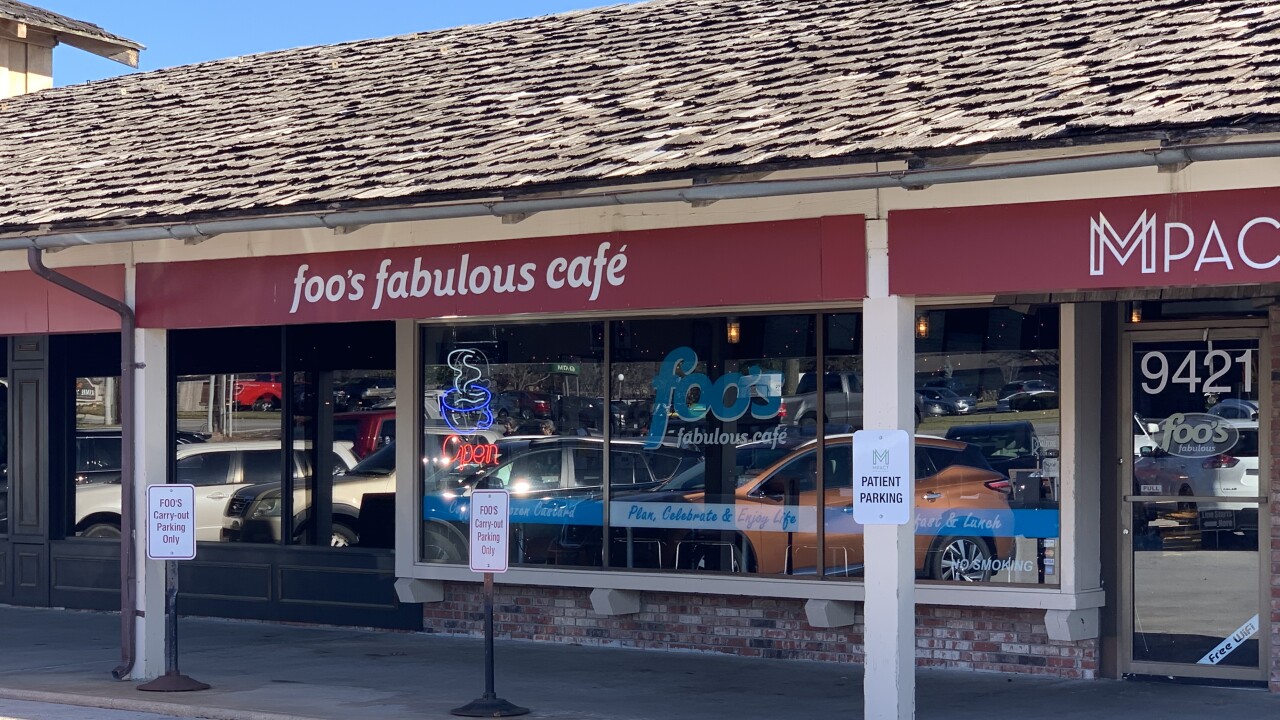 LEAWOOD — Foo’s Fabulous Café in Leawood, Kansas, will be closing this month after 13 years in business.

Jeff Stottle, majority owner of the Leawood location, confirmed the restaurant will close at 4 p.m. on Christmas Eve ahead of plans to redevelop the Ranch Mart North shopping center at the corner of 95th St. and Mission Road.

Trip Ross, a principal at Cadence, confirms the company had been trying to find a smaller space for Foo’s for five years, however, the parties had not been able to come to terms.

Stottle also added that Ross told him the space was leased to a national tenant. Ross denied those claims to 41 Action News but confirmed they will be pursuing a new tenant for the space.

Disappointed to be closing, Stottle said, “Whomever they get I hope it’s someone wonderful because this neighborhood deserves nice things.”

According to the company website, Joe Bremser started Foo’s Fabulous Frozen Custard in 1988 and his sister Betty Bremser bought the store in 1996. Bremser later partnered with Stottle on an expanded concept that included food and coffee.

This was the second location for Foo’s. Stottle said the shop in the Brookside neighborhood will not be impacted by the closing of the Leawood location.