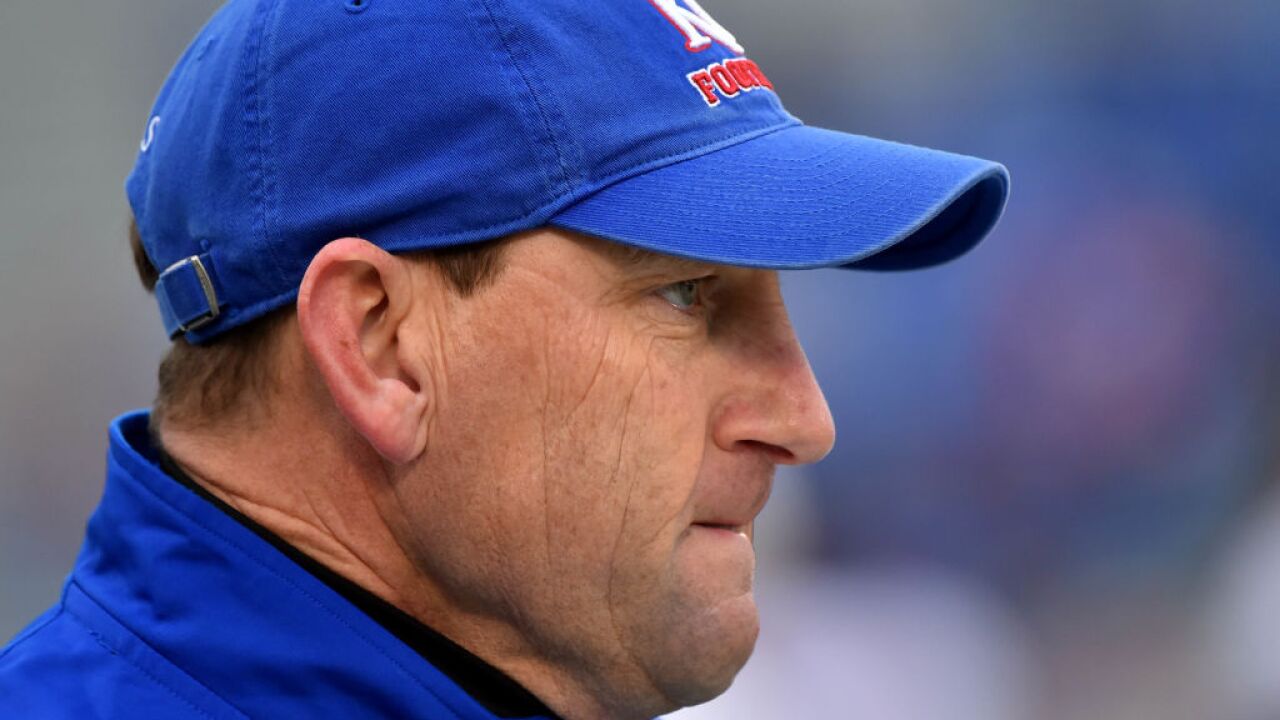 KANSAS CITY, Mo. — While the University of Kansas football program is looking to turn a corner with new head coach Les Miles, former coach David Beaty says the school is trying to get out of paying his buyout.

In a statement Tuesday, Beatty’s attorneys said they have filed a lawsuit against the school, alleging the school breached its contract by failing to pay $3 million Beaty after he was fired in November 2018.

“Coach Beaty and his family will always cherish their time at KU, but they do not understand why Kansas Athletics has reneged on its promises,” attorney Michael Lyons said.

In response to the lawsuit, filed Tuesday in the United States District Court, Kansas District, Jim Marchiony, associate athletics director, says that while the university doesn’t typically comment on pending litigation, this particular case was unique.

Beaty was informed he would not be retained by KU on November 4, 2018, but would be able to coach the remaining games. Immediately following the end of the season, Kansas Athletics staff conducted standard exit interviews of all football coaches and staff, and through that process we learned of possible NCAA violations allegedly committed by Beaty. KU contacted the NCAA and the Big 12 Conference and began an investigation into the matter. Beaty refused to cooperate with the KU review and, ultimately, the NCAA took the lead in the still-ongoing investigation. Due to the nature of the allegations, which, if true, would be in violation of the terms of Beaty’s contract, the university has withheld payment of money owed to Beaty pending the outcome of the NCAA investigation. In a show of good faith, the university has placed the full amount owed in escrow.