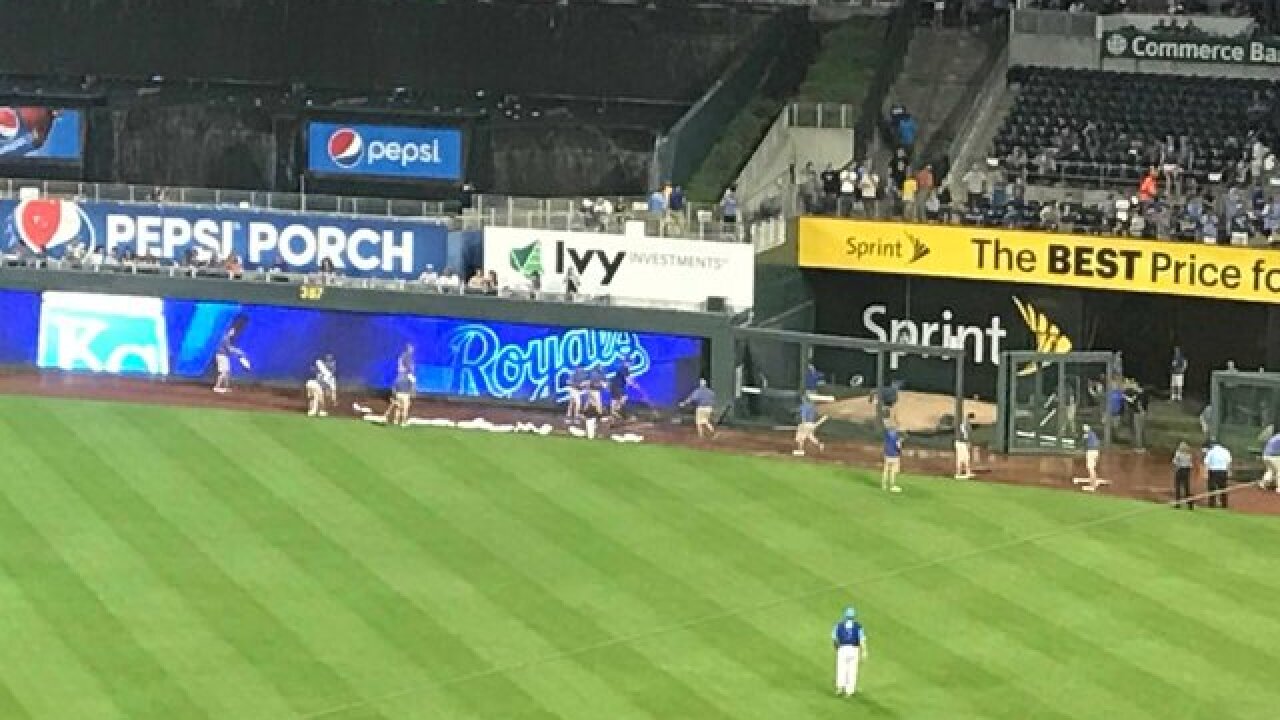 KANSAS CITY, Mo. -- The Royals game was delayed Friday night after a busted pipe involving one the fountains began leaking.

It happened in right field in the fourth inning with the Royals leading the Cleveland Indians 3-2.

The leak caused a minor flood on the warning track. Grounds grew members worked to move the water to a nearby drain.

41 Action News has reached out the Royals for more information. A spokesperson said the team is working to get the water supply shut off to that area of the field.

A few minutes later, the Royals broadcasters reported the water had been shut off to the busted pipe.

The game resumed after about a 30-minute delay.