Frustration brews for some KCP&L customers without power 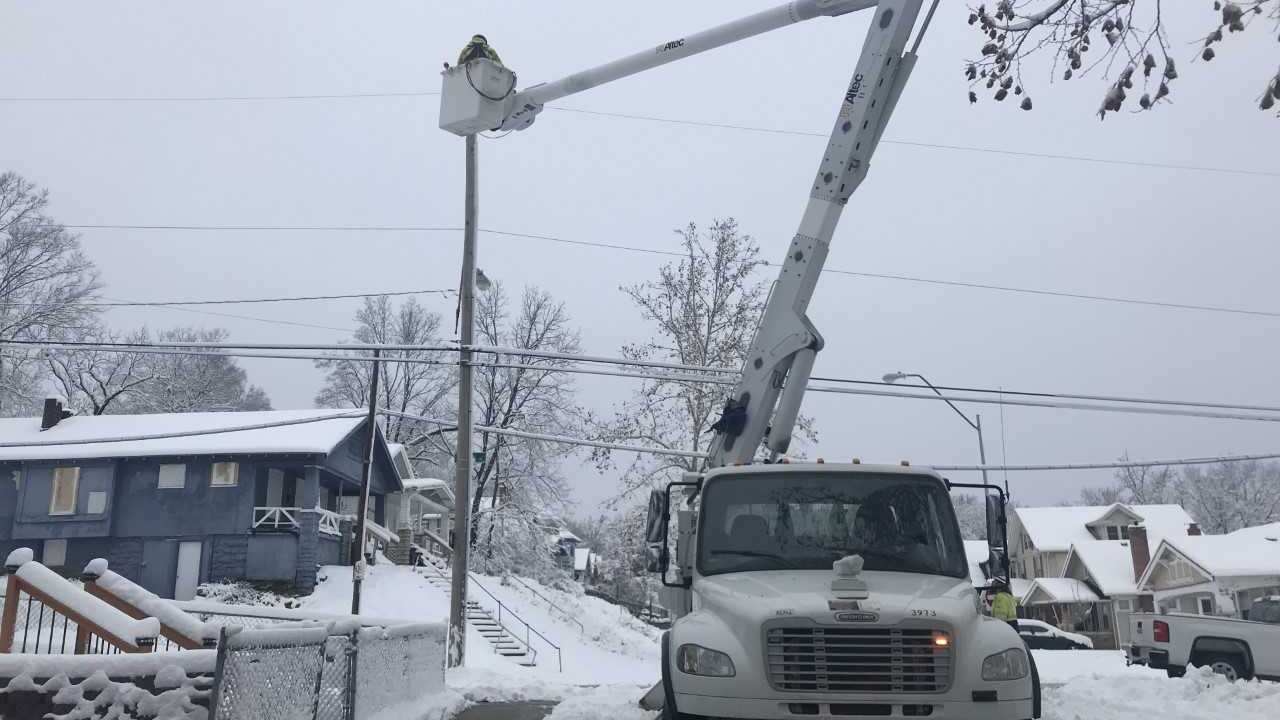 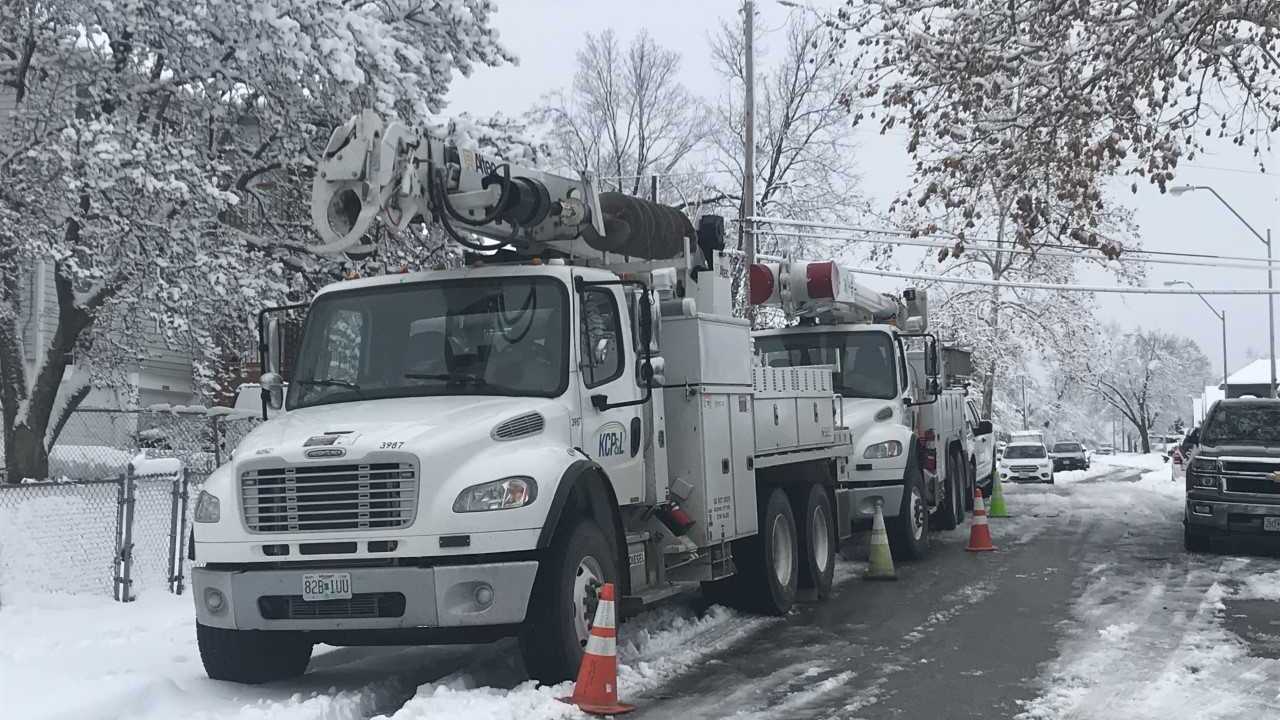 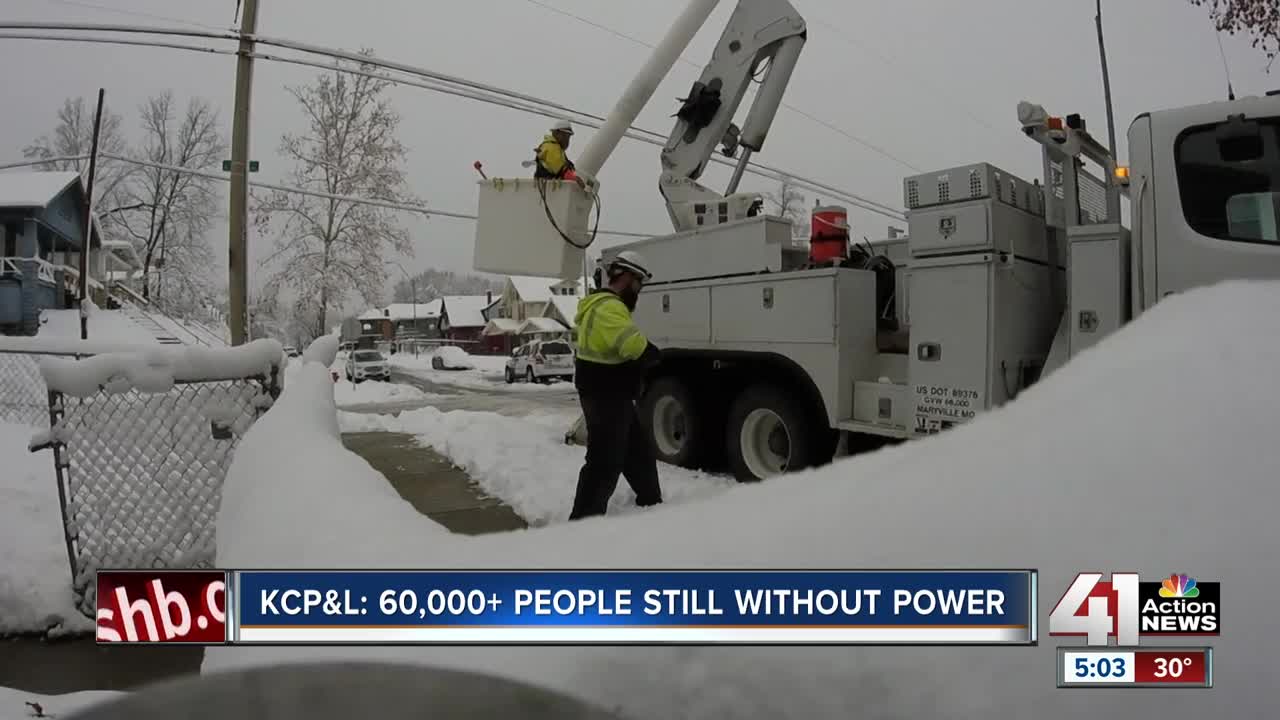 People like a frsutrated Jessica Krause, “It's been about 36 hours now, 36 hours (with) no power."

Each hour seems to feel longer than the last for Krause in her cold south Kansas City house. She said she's called KCP&L multiple times and remains irritated to only reach a recording.

“It's really difficult getting through to KCP&L, trying to get anything," Krause said. "They got the automated system now."

Even more frustrating is that she has no idea when her lights will turn on again,: “Switched from late last night to early morning to Tuesday now," she said.

Other customers without power took a more understanding view, realizing there’s a long waiting line. KCP&L has restored power to more than 100,000 homes, but it's gone back out in some areas and impassable roads or newly downed limbs that crack under the weight of a heavy, wet snow continue adding to the problem.

“I've seen there's a lot of more people without power than us, so you can't be really mad at them,” another resident, Tyrick Ford, said.

Krause and Ford are just two of the thousands of customers wondering when their power will be restored.

KCP&L said they are working around the clock with the entire force of 1,000 workers. Mutual assistance aid arrived Saturday night and Sunday morning from western Kansas, southern Missouri and Iowa, because this storm — easily the worst in a decade or more — was so massive.

“It's probably one of the largest in probably 30 years in terms of outages and difficulty getting around,” Senior Director of Distribution Operations for KCP&L Jamie Kiely said.

The company said they understand customers' frustration and are prioritizing areas with the most need first.

“I understand they've got to go to bigger areas first," he said.

But patience is waning for Krause, who doesn’t give the company a passing grade for its response to the storm: “Maybe a D-. Really, close to an F,” she said.

KCP&L expects to have power restored to everyone by Tuesday. If you have an outage to report, dial 211.

“Tree trimming crews and line crews made good progress today," KCP&L Vice President for Distribution Operations Bruce Akin said in a statement. "The weight of this heavy, wet snow caused damage comparable to severe ice storms. The last winter storm that caused this much damage was more than 15 years ago. We have a lot of repairs to complete, so we are bringing in more line crews from neighboring utilities.”

As KCP&L crews continue to work Monday, crews from Westar Energy and Midwest Energy in Kansas, Mid-Amercan in Iowa, Ameren in Missouri and Illinois, Springfield and Liberty Utilities-Empire District, both from Missouri, have crews in the area to help.