Grandview makes changes, considers others, after girl is burned on playground slide 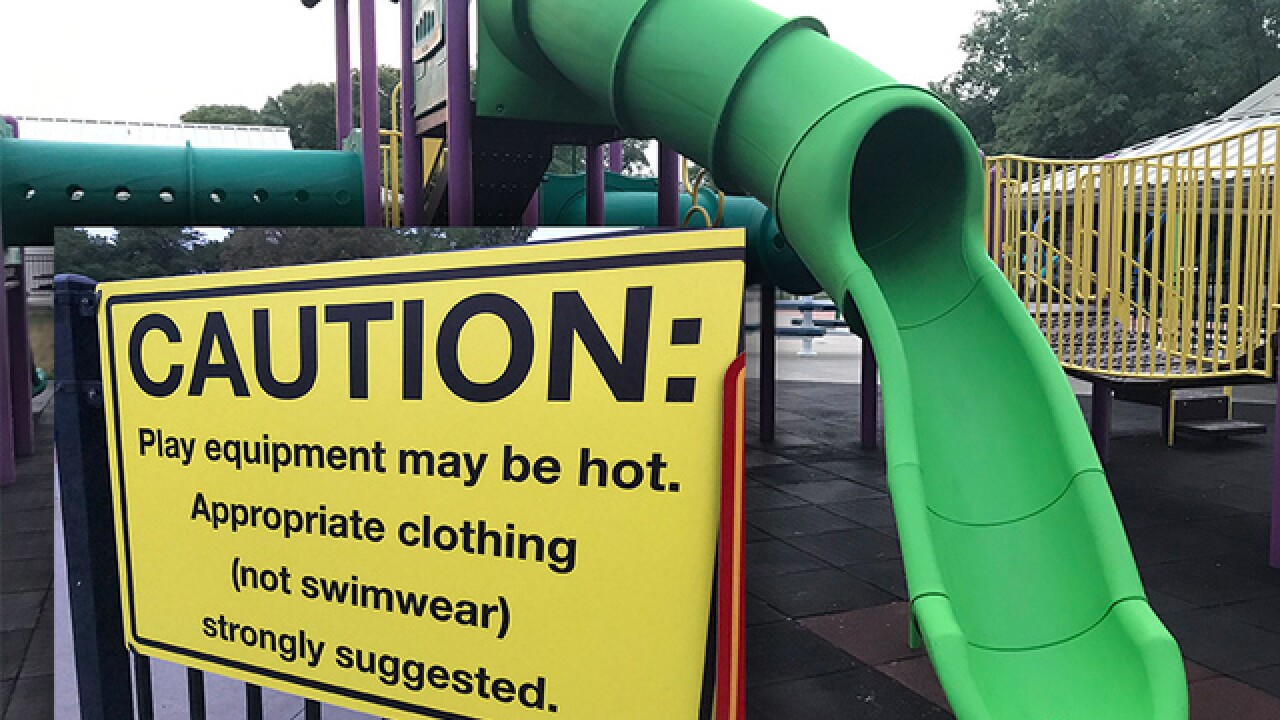 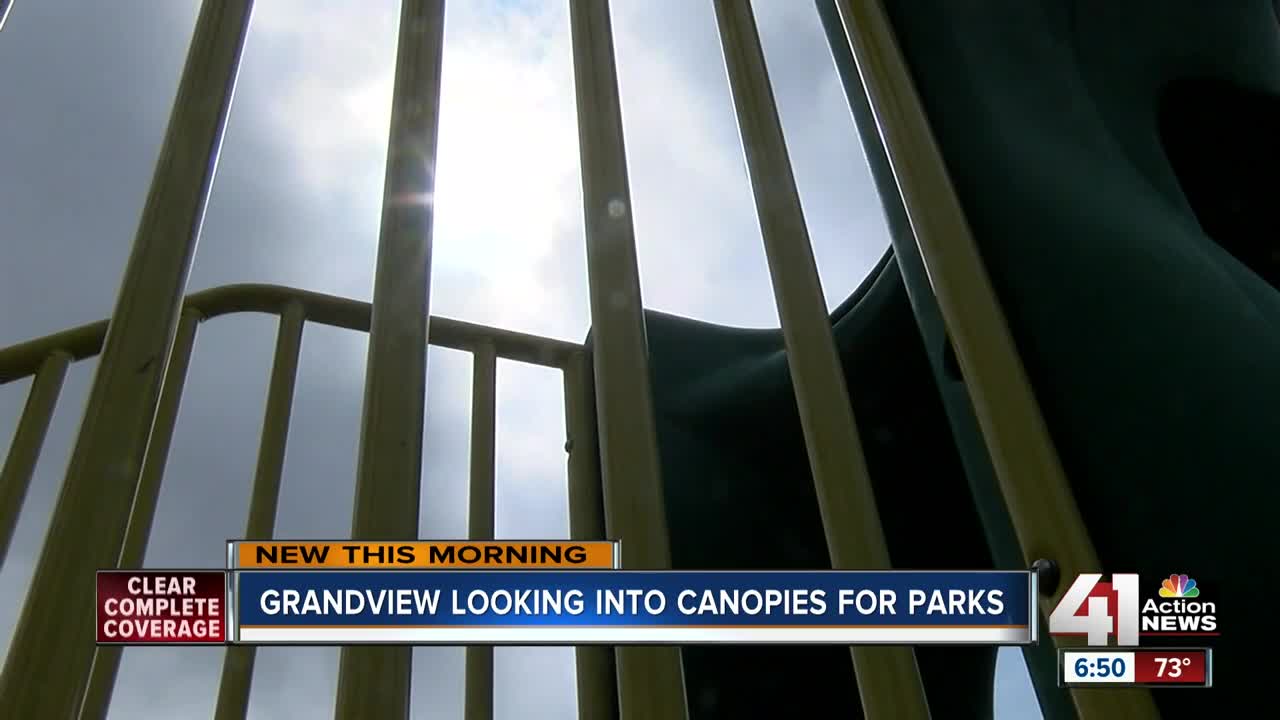 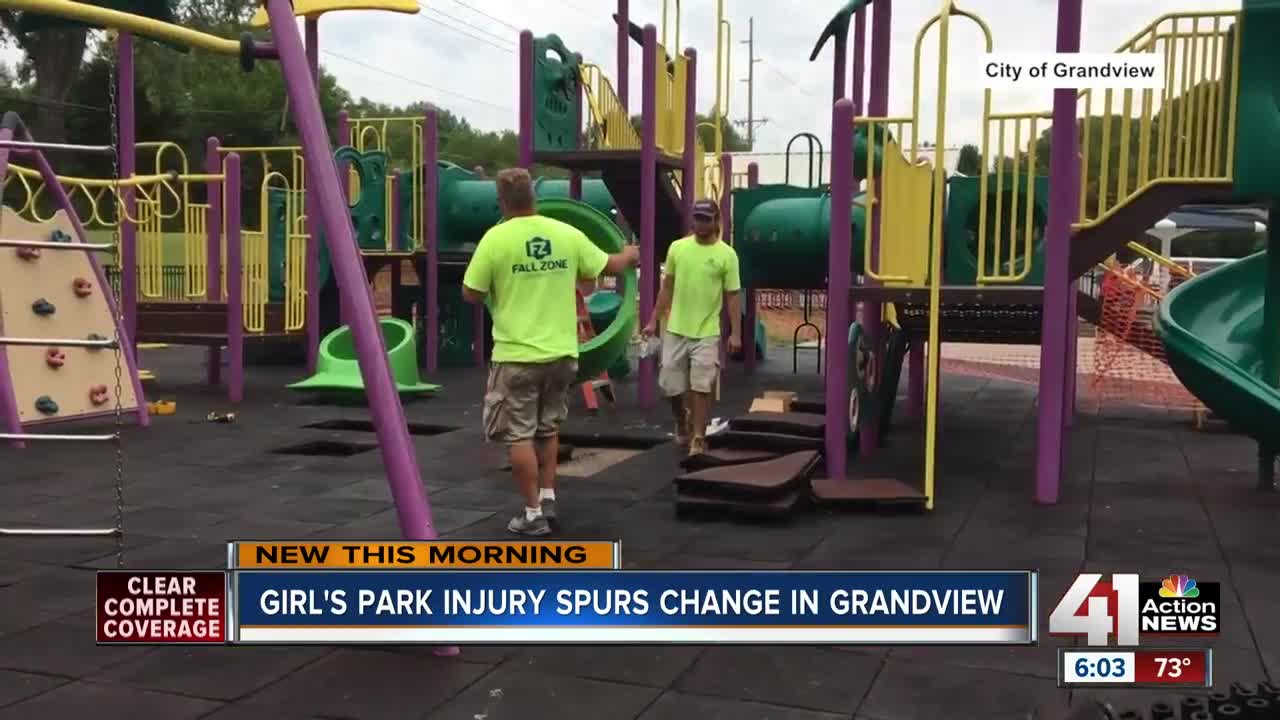 GRANDVIEW, Mo. — The city of Grandview is making improvements after a woman claims a hot slide burned her daughter.

She said the burns happened as the girl went down a slide at John Anderson Park over Memorial Day Weekend.

Tuesday, crews took out the flat, westward-facing, sun-exposed slide where the girl was burned and replaced it with a covered, tube-style slide which is less likely to heat up under the sun.

Out with the old, and in with the new. @GrandviewParks replaced the flat, exposed slide where a mom says her daughter was burned over Memorial Day Weekend with a tube, covered-style slide at John Anderson Park. pic.twitter.com/bmMd26Tgzm

The Grandview Parks and Recreation Department is researching the cost of installing a canopy to provide shade over the entire playground at John Anderson Park. The city has canopies over play areas at Valley and Southview parks.

"It'd be very beneficial. That way they won't get burned. I did hear about the girl who got a burn," said Hope Druen, a babysitter who frequently brings the children she cares for to the park.

The girl who suffered burns went down the slide in her swimsuit after playing in the splash zone section of the park. Immediately after the incident, the city blocked off access to the slide and installed a sign warning people how hot the play equipment can get and strongly suggesting kids don't wear swimsuits on the playground.

The city also installed this sign warning kids not to go on the playground in swimsuits like the girl who was burned did. Grandview is now looking at the cost of installing a shade canopy over the John Anderson Park Playground. It has canopies and Valley and Southview parks pic.twitter.com/olAvsLnvQO

As for other cities in the metropolitan area, Overland Park said it tries to build playgrounds under trees to provide a natural shade canopy. Kansas City, Missouri said it does not have the resources to install canopies.