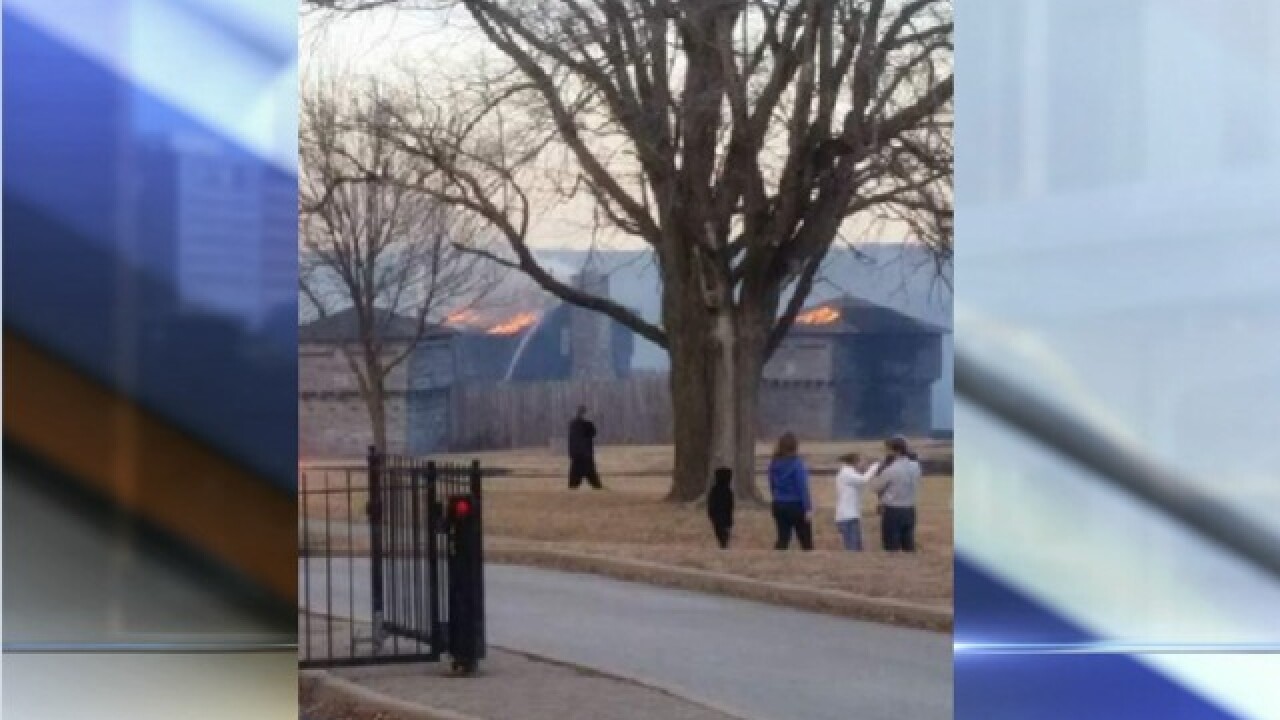 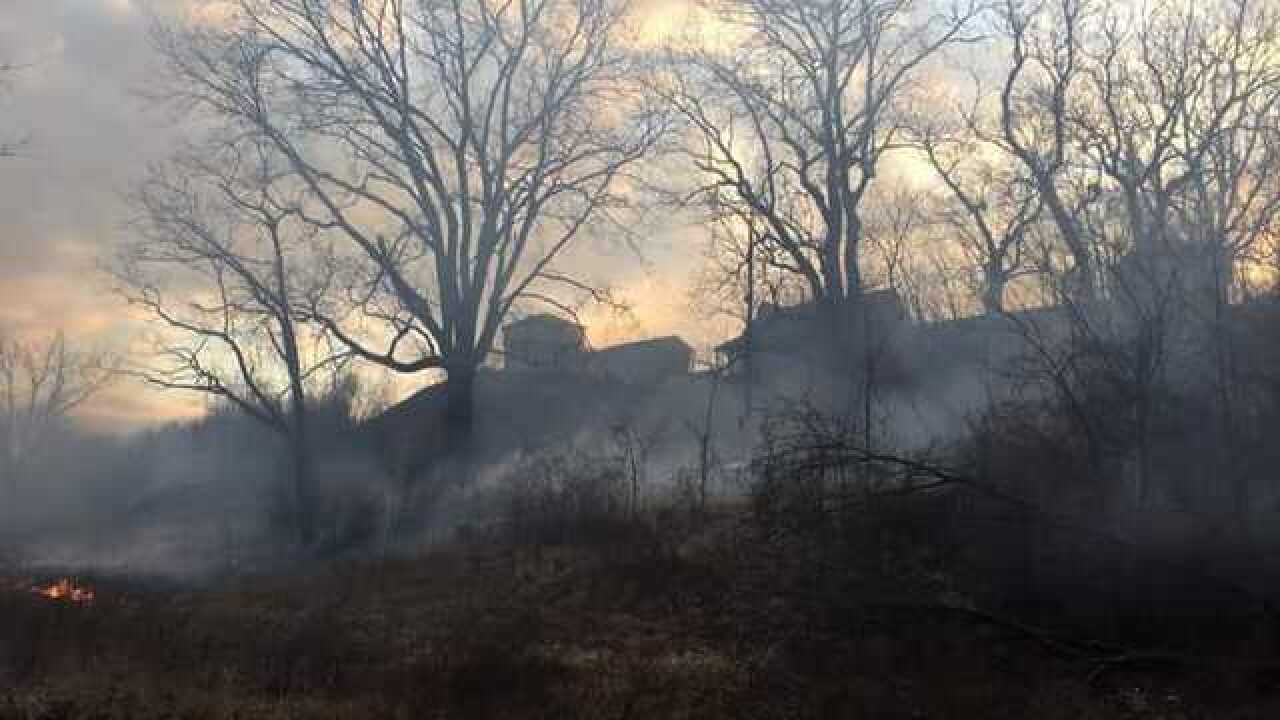 SIBLEY, Mo. -- The Fort Osage National Historic Landmark is closed indefinitely after it was damaged in a large grass fire Sunday evening.

Prarie grass in the valley had caught fire and it eventually spread to the 19th-century factory trading post, causing damage to some sections of the structure.

The fire was brought under control more than an hour later.

Many people who live nearby were upset when they heard the news.

Bill Cantwell, a commissioner in Boys Scouts, said he wanted to help clean up the damage.

The national landmark is a big draw for Osage.

It was built in 1808 under William Clark of the Lewis and Clark expedition for military and trade purposes. Now, staff give tours and history lessons when it's open.

"They have people nationwide come out to see this. Most people in Kansas City come
out and take a tour," Greg Daugherty, assistant fire chief of Fort Osage Fire, said.

An investigation is underway to determine how and where the grass fire started, according to a news release from the Jackson County Executive's Office.

The executive's office said an initial assessment by Parks and Recreation staff, which owns and operates the site, determined three buildings and a fence at Fort Osage sustained damage. The full extent of the damage isn't known yet.

While the Fort Osage Education Center wasn't damaged by the grass fire, smoke entered the building. As a result, it will also be closed indefinitely.