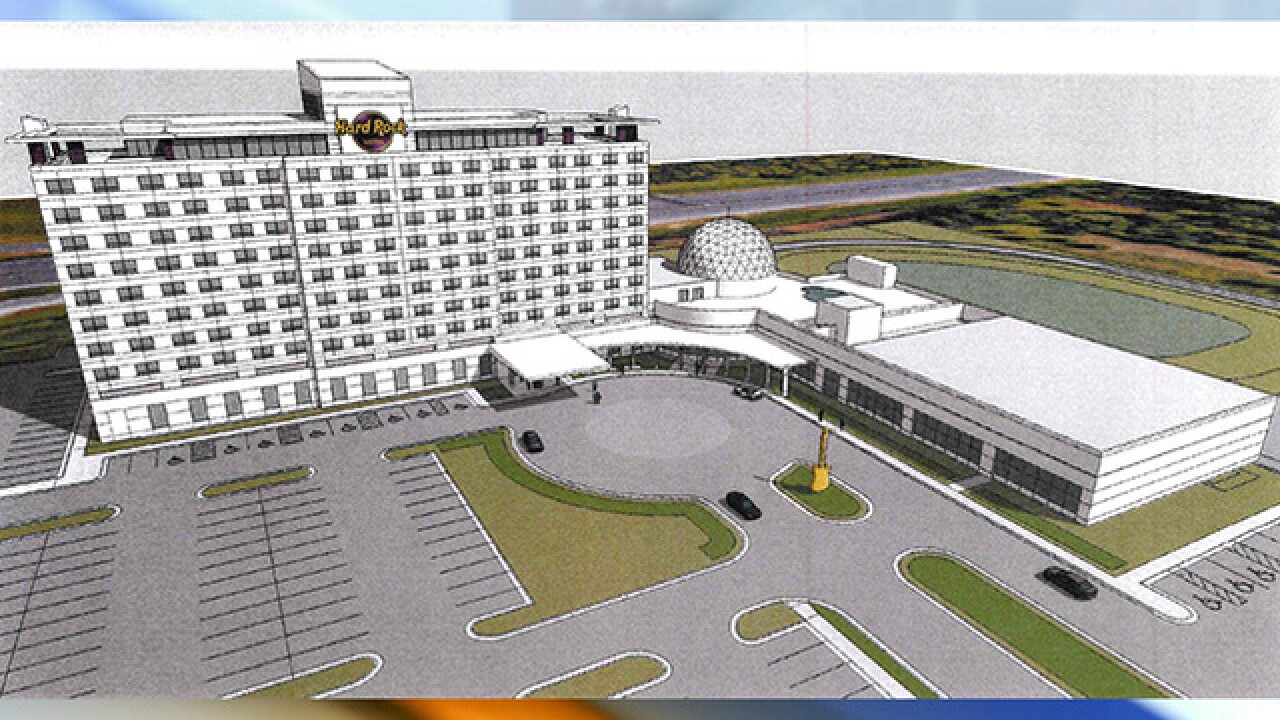 The location is at the southeast corner of I-70 and 110th Street near the Kansas Speedway and Children's Mercy Park.

The project is part of a hotel, restaurant and conference center space being developed by the Compass Commodity Group III, LLC.

The development team announced the Hard Rock Hotel during a city meeting on Monday night. A release on the city's website says the announcement "kicked off a series of administrative steps that the Edwardsville City Council undertook in support of the project including a combination of financial incentives."

The Hard Rock Hotel will feature 10 floors, around 231 rooms, a 39,213-foot conference center, a restaurant and a rooftop bar.

The city estimates the project will generate around $200,000 in new sales tax beginning in 2020.