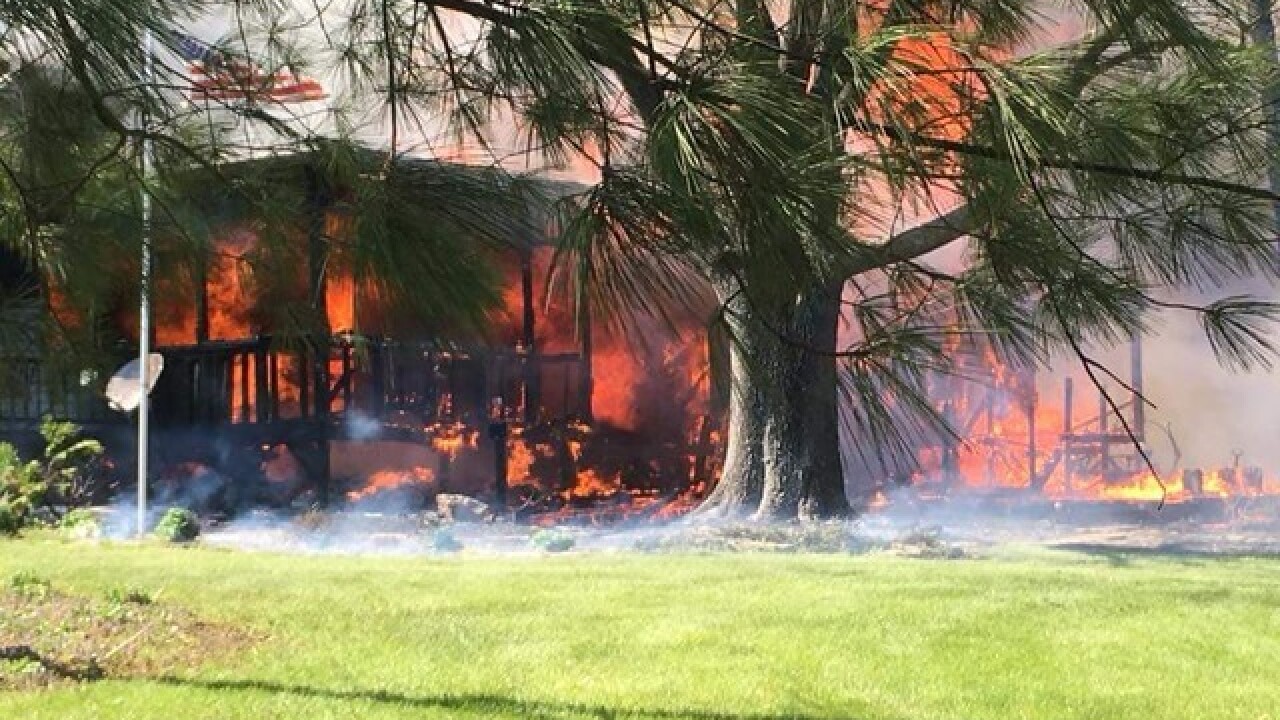 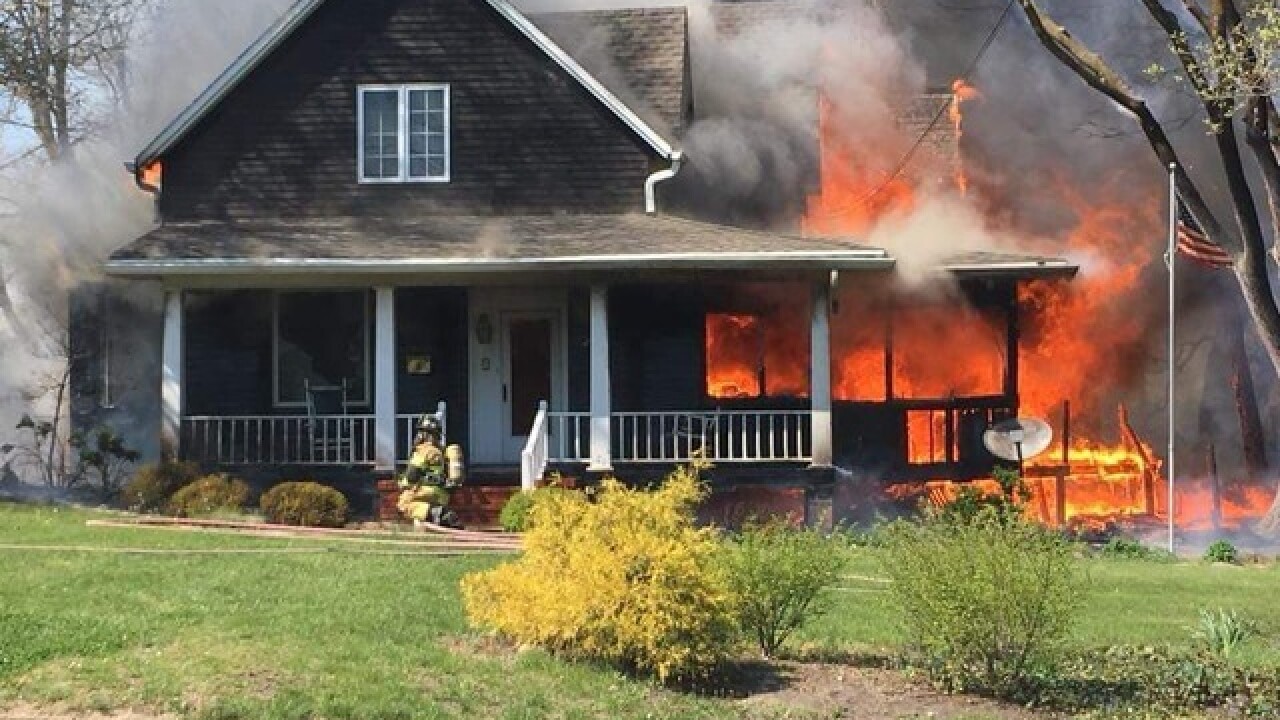 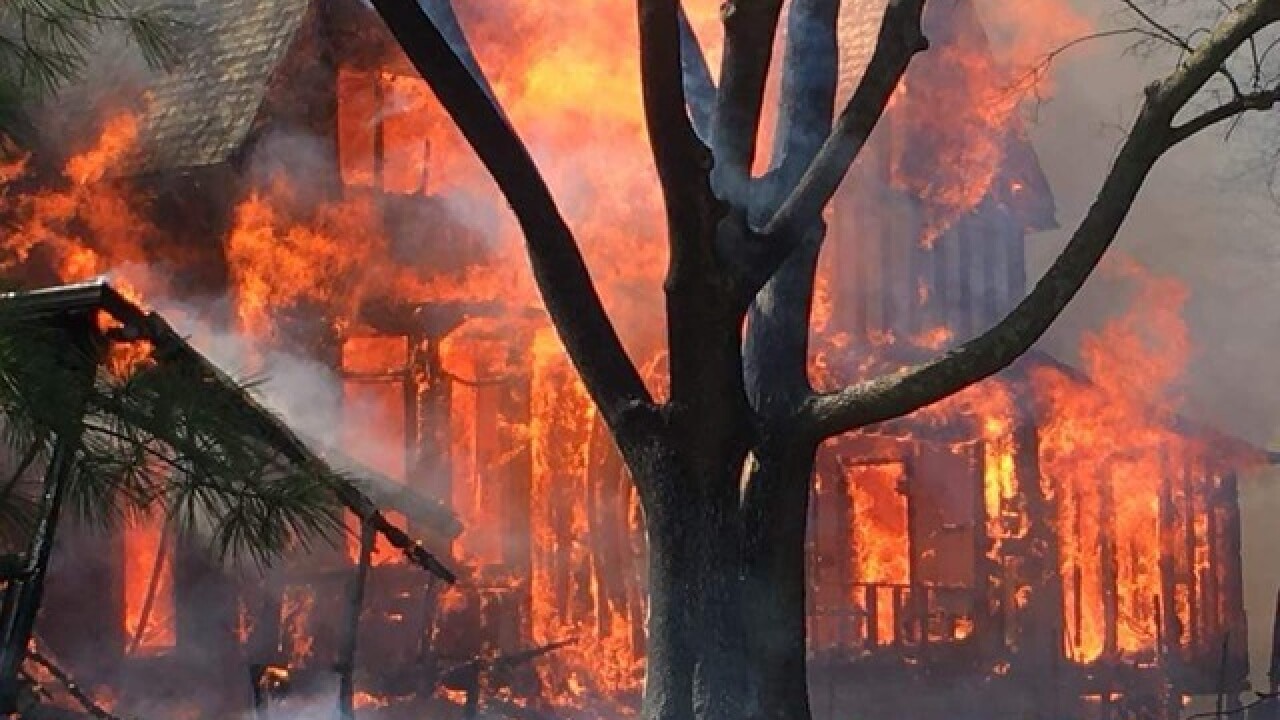 TRENTON, Mo. – A home on the west side of Trenton, Missouri – about 90 minutes northeast of Kansas City – went up in flames on Monday.

Crews were called to the house in the 700 block of West 15th Street just after 3 p.m. and arrived to find the fire shooting out all sides of the home.

It took crews from several fire departments several hours to contain the blaze. Crews were hampered by Monday’s high winds.

Photos provided to 41 Action News show an American flag blowing in the wind.

Trenton Fire Department Chief Brandon Gibler said no one inside the house was injured, though a firefighter suffered an injury.