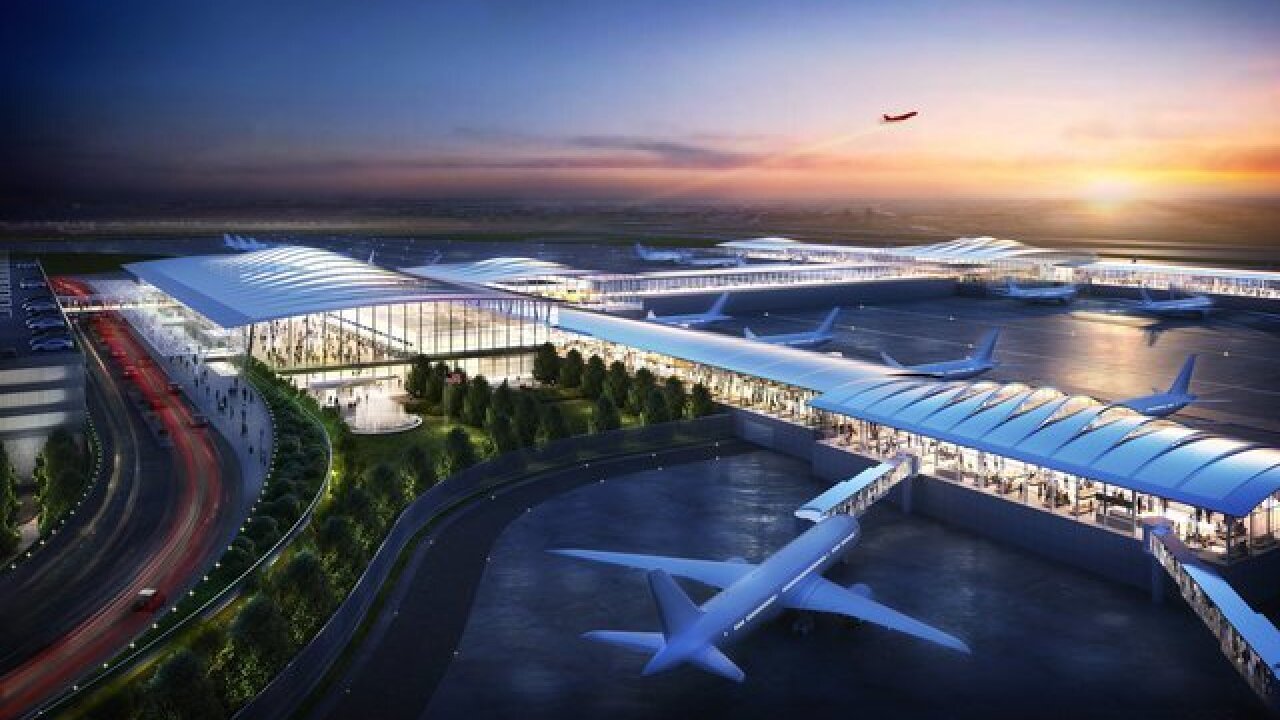 In an update to the City Council Thursday , airline representatives and city aviation department officials say the recent increase in passenger growth at Kansas City International Airport means that the new terminal needs to open with at least 39 gates.

In February , the council approved a memorandum of understanding with Edgemoor to build the new terminal that voters authorized in a November 2017 election.

A series of illustrations offered options as to how Edgemoor might incorporate the increased number of gates.

Officials even outlined changes that could accommodate a terminal with 42 and 50 gates in the future.

The council also received an updated schedule for the new terminal: