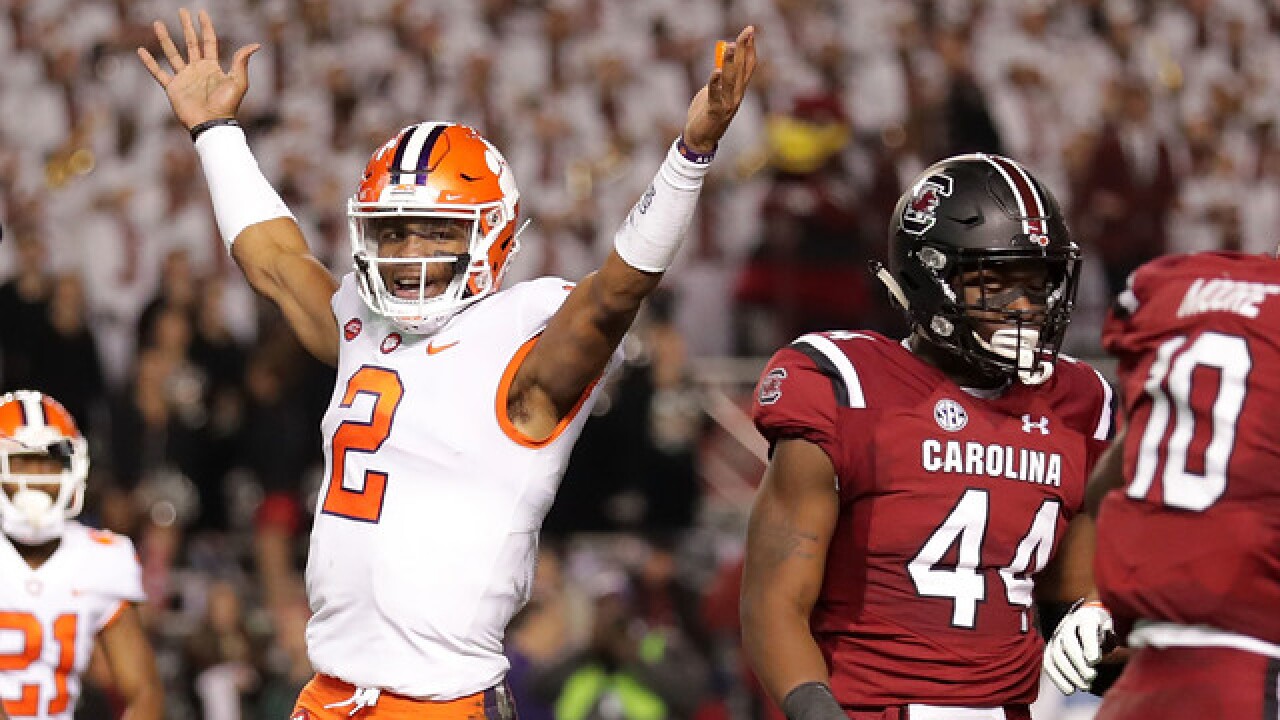 Copyright 2018 Scripps Media, Inc. All rights reserved. This material may not be published, broadcast, rewritten, or redistributed.
Streeter Lecka
<p>COLUMBIA, SC - NOVEMBER 25: Kelly Bryant #2 of the Clemson Tigers reacts after his team scores a touchdown against the South Carolina Gamecocks during their game at Williams-Brice Stadium on November 25, 2017 in Columbia, South Carolina. (Photo by Streeter Lecka/Getty Images)</p>

KANSAS CITY, Mo. -- A highly-coveted transfer quarterback will trade in his orange and white tiger stripes for black and gold ones.

On Tuesday, former Clemson quarterback Kelly Bryant announced he will transfer to MU.

Bryant is a graduate transfer and is eligible to play immediately. According to reports, he also considered Auburn, Arkansas, North Carolina and Mississippi State.

Bryant left Clemson earlier this year after appearing in just four games for the Tigers. He was then replaced by Trevor Lawrence. Even though he appeared in four games, because of the NCAA’s new red-shirt rule, the 2018 season is considered a red-shirt year for Bryant.

Bryant led Clemson to the College Football Playoff after the 2017 season. His Tigers lost to Alabama in the semifinal.

The Calhoun Falls, SC native served as the backup quarterback to DeShaun Watson when Watson led the Tigers to the National Title over Alabama after the 2016 season.

During his career at Clemson, Bryant went 16-2 as a starter. He also threw for 3,338 yards, 16 touchdowns and 10 interceptions.

Bryant will likely replace senior Drew Lock as Mizzou’s starting quarterback in 2019. This year, Lock led Mizzou to an 8-4 record and a Liberty Bowl berth. MU will take on Oklahoma State on New Year’s Eve in the Liberty Bowl in Memphis, Tenn.