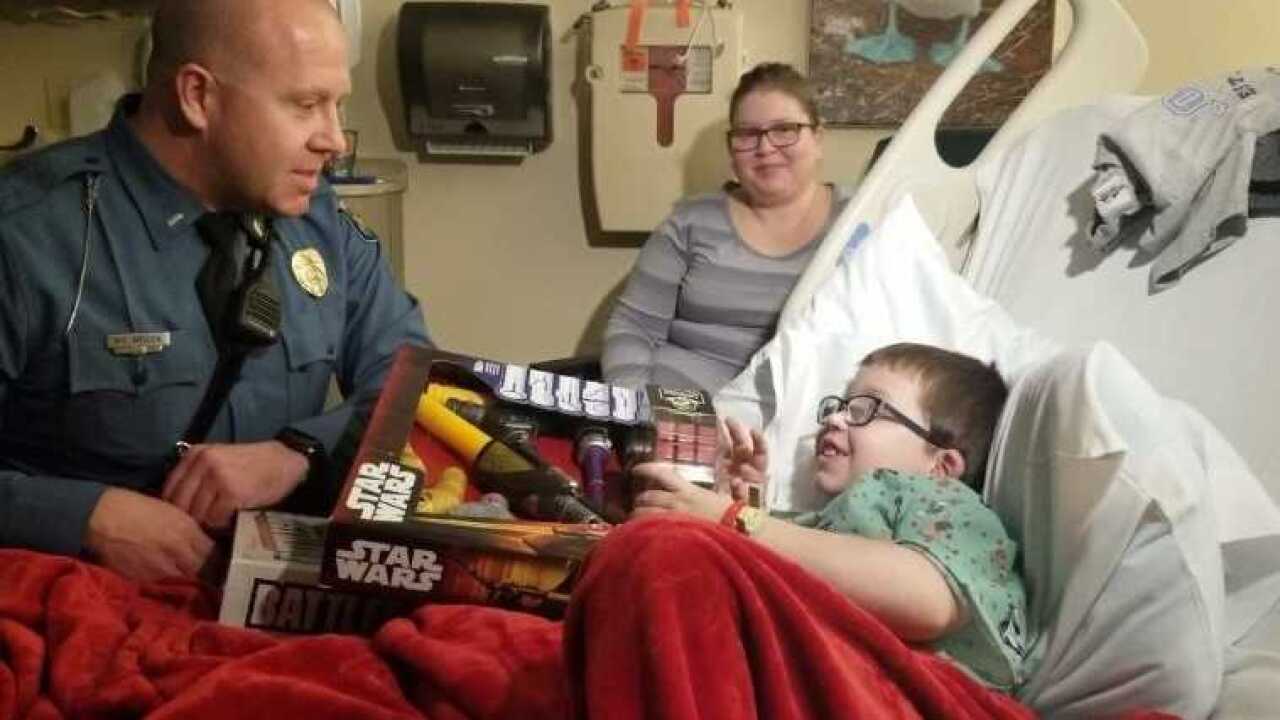 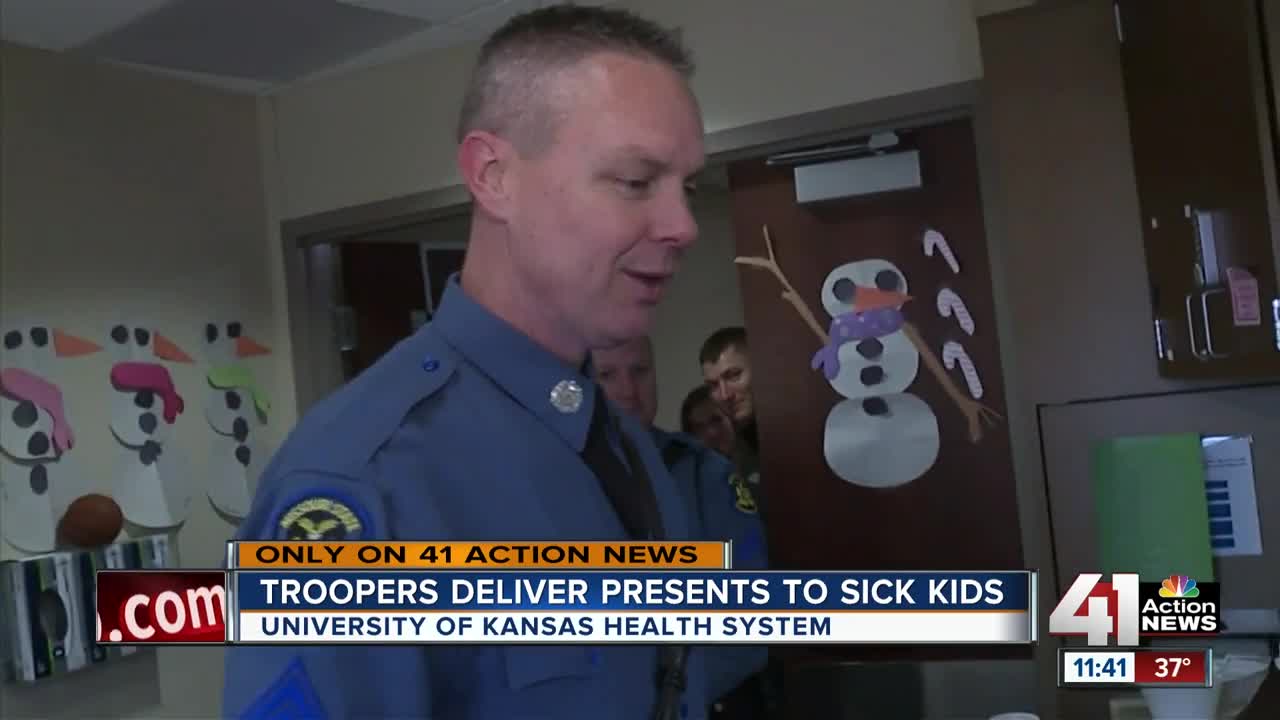 The toy drive is named after Michael Newton, an MSHP trooper who was killed in 2003.

For the past 16 years, troopers on both sides of the state line have come together to bring Christmas gifts to children who are in the hospital.

On Friday, troopers spent some time with young patients at the University of Kansas Health System.

"When people are in the hospital during the holidays, it might bring you down a little bit, so bringing these toys and their families just helps us to spread a little holiday cheer," KHP Trooper, Candice Breshears said.

Troopers say they had to bring in a U-Haul for all the gifts, and say the toy drive gets larger and larger thanks to the amount of donations received.