How to round out your trip to Chiefs training camp with these St. Joseph stops 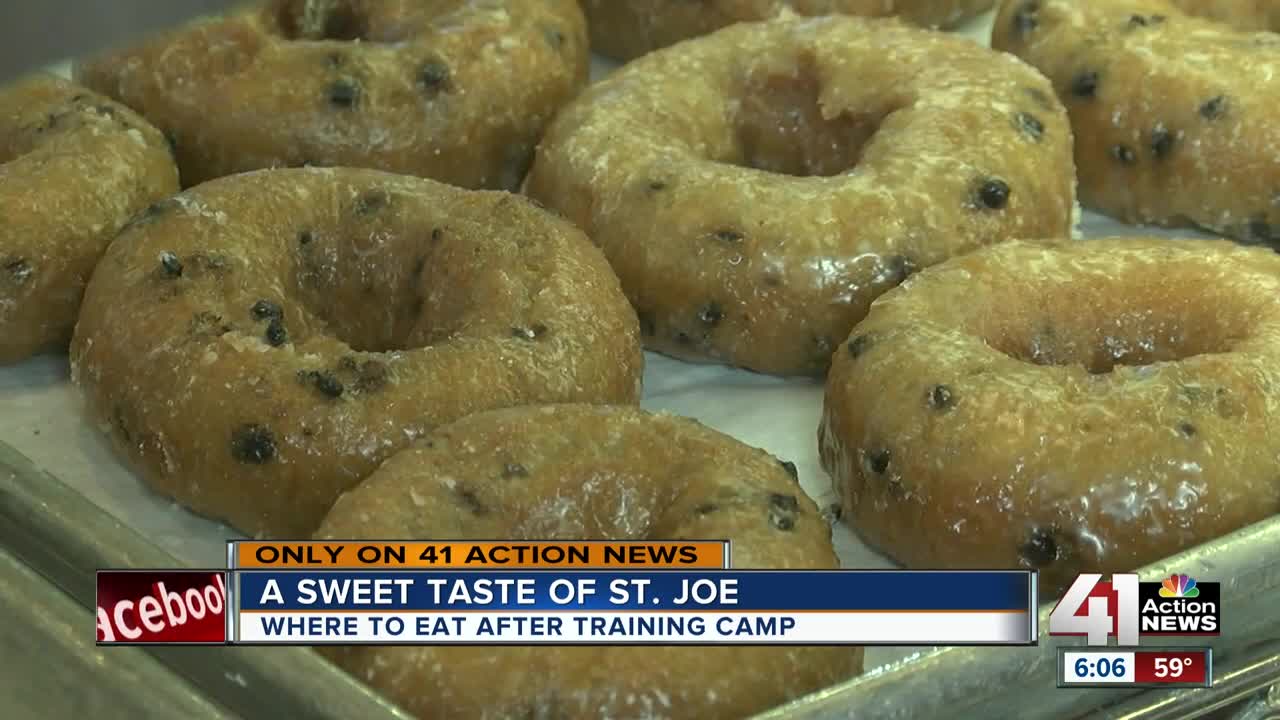 Chiefs fans have lots of sweet options for food when visiting training camp in St. Joe. 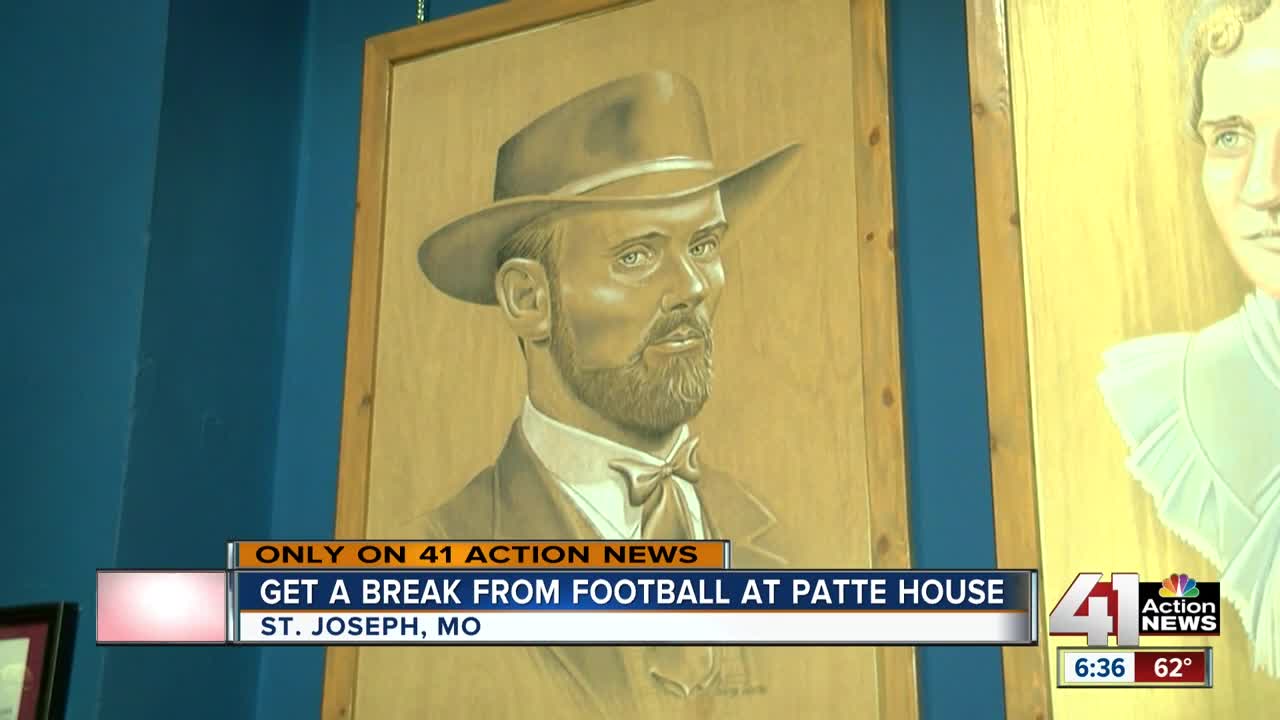 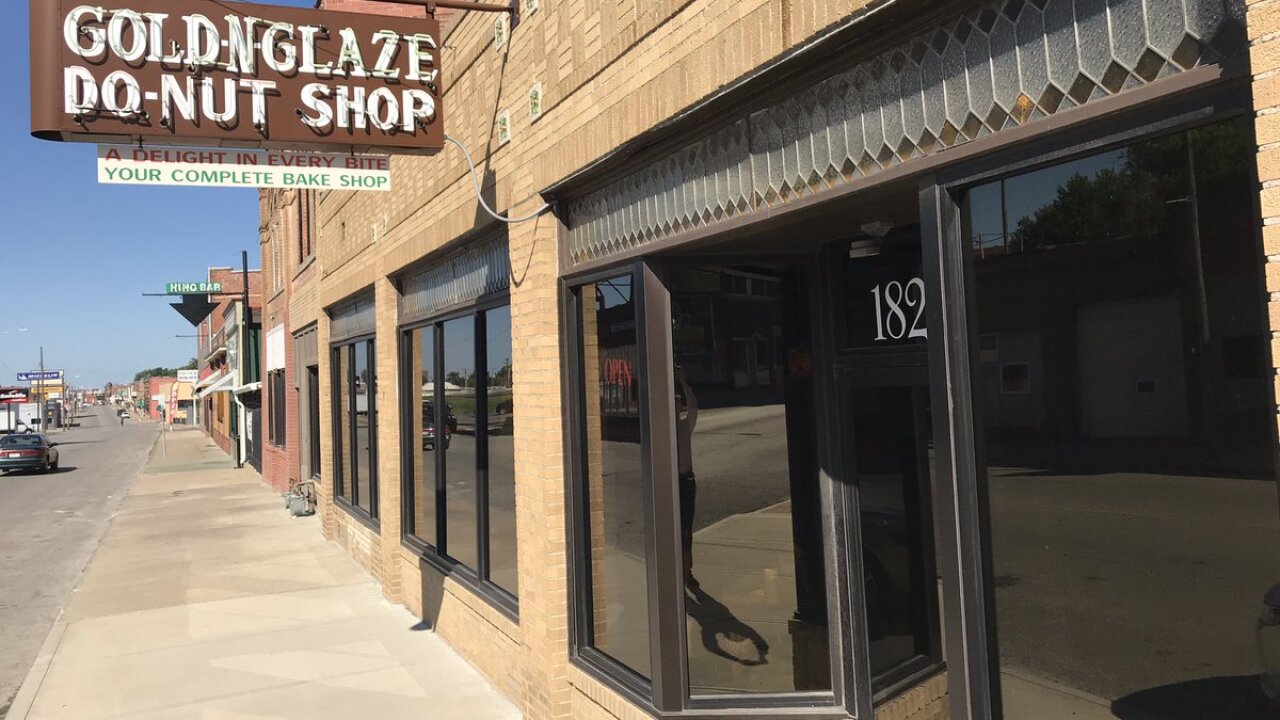 ST. JOSEPH, Mo. — As the Kansas City Chiefs football players and coaches flock to Missouri Western State University in St. Joseph, Missouri, so do their fans. Training Camp at the university attracts fans to the city roughly an hour north of Kansas City.

Beyond watching the Chiefs practice and hunting down autographs, St. Joseph has plenty to offer for fans who want to make the most of their trip.

First, where to eat. A true fan needs the right fuel to get through a day of watching practice.

For breakfast, Gold-n-Glaze Donut and Coffee Shop is the consensus for best donuts in St. Joseph. The shop’s motto says it all, “A delight in every bite.” The classic glazed donut is the most popular, but bakers show up at 2 a.m. to work on their well-known, giant apple fritters.

Even Chiefs players have been known to stop in occasionally.

“It’s cool to see them up close and personal when they come in and they do business with you as well, which is a little weird,” Darby Toth, an employee at the shop said.

For lunch or dinner, locals point you toward Hoof & Horn for a steak, D&G Pub and Grub for a casual setting at a local landmark and Boudreaux’s Louisiana for Cajun flair in the Midwest.

If the heat of practice gets to be unbearable, St. Joseph offers a host of air-conditioned museums. From the unusual, like the Glore Psychiatric Museum in an old insane asylum, to the traditional, like the Albrecht-Kemper Museum of Art.

“So this is the start of the Pony Express and the end of Jesse James,” museum Director Gary Chilcote said with a smile.