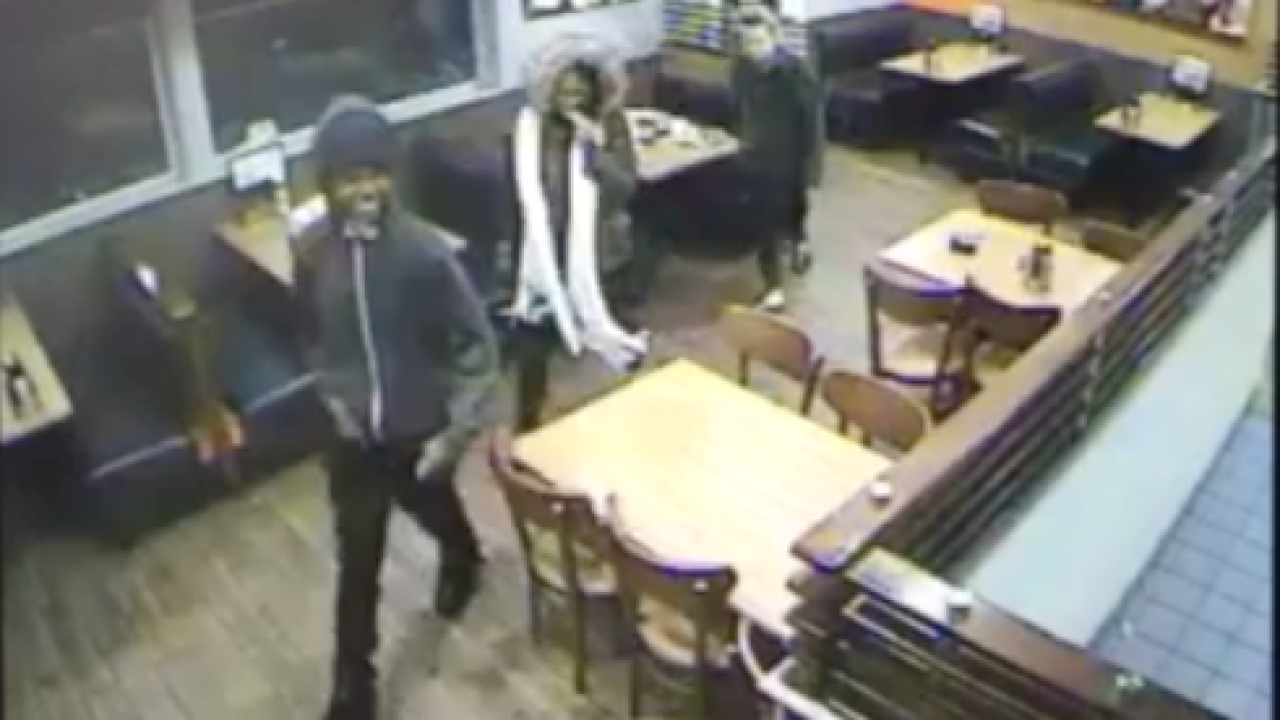 KANSAS CITY, Mo. — Grandview police are asking for the public's help locating three people accused of hitting an IHOP waitress with their car after they left the restaurant without paying.

The waitress followed the customers to the parking lot after they didn't pay their bill and they fled in a Chevy sedan. While the suspects fled, the victim was knocked to the ground and suffered a concussion and laceration to the back of her head.

The suspects all appeared to be in their late teens or early 20s. There was one black man, one black woman and one white woman.