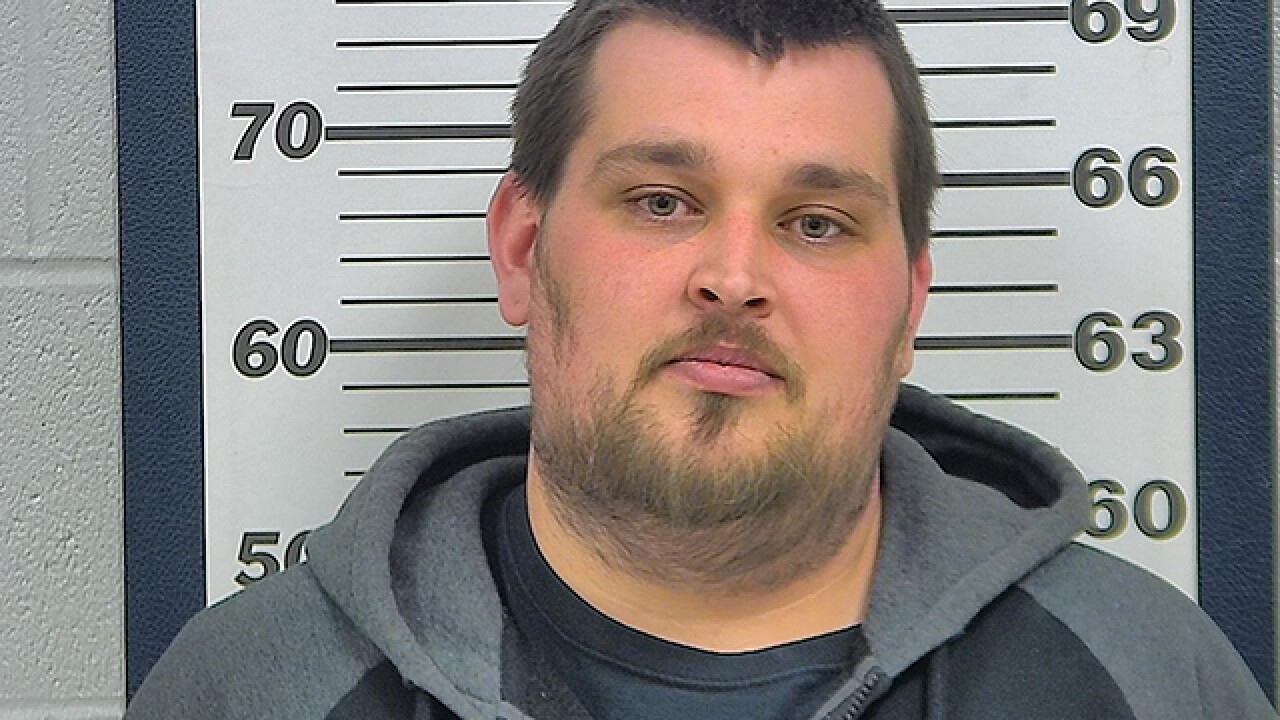 Copyright 2018 Scripps Media, Inc. All rights reserved. This material may not be published, broadcast, rewritten, or redistributed.
<p>Bradley Everhart</p>

KANSAS CITY, Mo. — After a two-day trial, a Platte County jury found Bradley D. Everhart, 31, of Independence guilty of raping a woman he met through an online dating website.

The verdict, which was handed down Aug. 7, means Everhart faces a minimum sentence of five years in prison for first-degree rape.

According to the Platte County Prosecuting Attorney’s office, Everhart met a woman he’d connected with on the dating website Plenty of Fish on Aug. 28, 2016, at a home in Platte County.

Everhart and the unidentified woman were sitting on a bed and watching a movie when he kissed her shoulder and she asked him to stop.

Several minutes later, Everhart began touching her again and got on top of her. She again told him “no,” but Everhart replied “It’s too late; it’s already in there,” according to testimony from the trial.

After being raped, the woman fled the house and reported the incident. She had a sexual assault exam at a local hospital, which produced DNA later confirmed to belong to Everhart.

“The jury in this case sent the message that ‘No’ really does mean ‘No,’” Platte County Prosecuting Attorney Eric Zahnd said in a statement announcing the verdict. “Meeting someone on a dating website, going to their home, and watching a movie clearly does not give anyone the right to force sex upon that person.”

During the hour after the rape, Everhart sent the victim more than 60 text messages pleading for her silence, because he feared how it would affect custody of his children.

When questioned by police, Everhart initially denied knowing her or meeting with anyone he’d been matched with on Plenty of Fish. He later admitted to having sex with the woman “for up to a minute after she told him ‘No,’” the prosecuting attorney’s office said.

Julie Donelson, the president and CEO of the Metropolitan Organization to Counter Sexual Assault, cheered the verdict, especially in light of the defense attempting blame the victim in its closing argument — suggesting the woman’s clothes and intentions in driving to the house invited the defendant’s actions and intimating she could have fought back harder.

“It is never appropriate to blame the victim,” Donelson said in a statement. “It silences victims of sexual violence and keeps perpetrators from being held accountable. This verdict sends a clear message to survivors that when they report they will be believed and supported, and perpetrators will be held accountable.”

The case was investigated by the Kansas City, Missouri, Police Department.