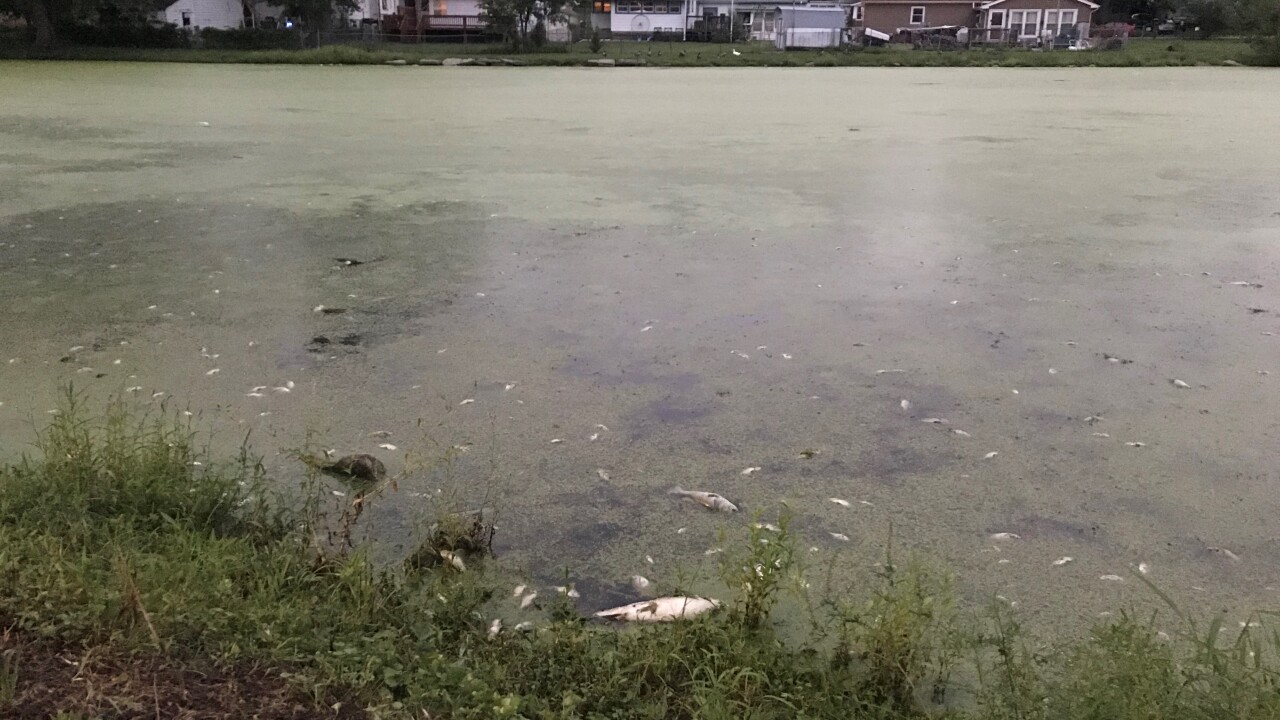 KANSAS CITY, Mo. — The fish are dying in a small neighborhood lake in Independence, and residents want to know why.

The lake is in the Hutchins Park Neighborhood Association in Fairmount between East Lake Drive and Fairview Avenue.

Williams said he saw no problems on the lake when he left for work Monday morning, but he came home to find several dead fish.

The lake has problems with algae and Williams wondered if someone put in a chemical to kill the algae.

On Tuesday, a spokesperson for the city of Independence said that staff went to the lake and collected samples for analysis.

The city said that while residents often suspect illegal dumping when fish are killed in a lake or pond, most fish kills "result from natural events, such as too little oxygen in the water or significant changes caused by dry spells or rain."

The city said that the final cause may not be known for a few days, until tests are completed.

Inman said the lake was deeded to the association more than 50 years ago.