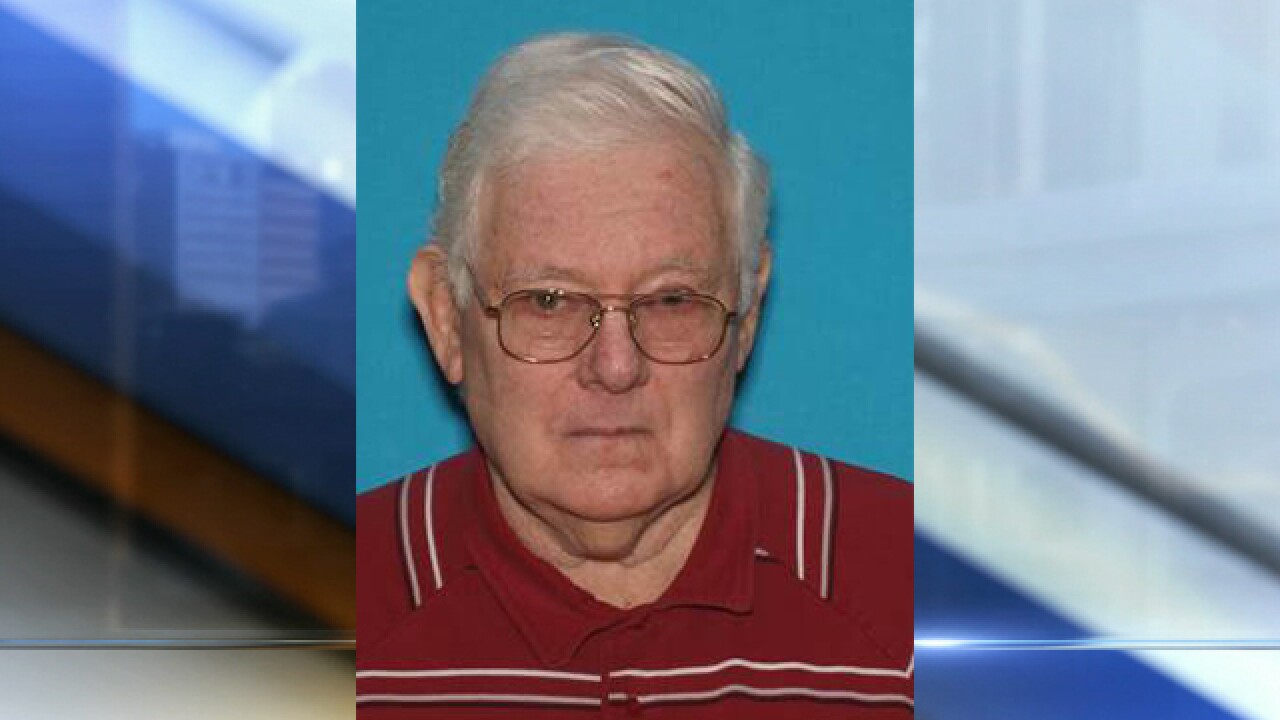 Original story: Independence police are looking for a missing 85-year-old man with Alzheimer's who may be heading to Tulsa, Oklahoma.

He's 5 feet 9 inches tall and 190 pounds. He has white hair, green eyes and wears glasses. He was wearing a two-tone gray shirt and dark pants.