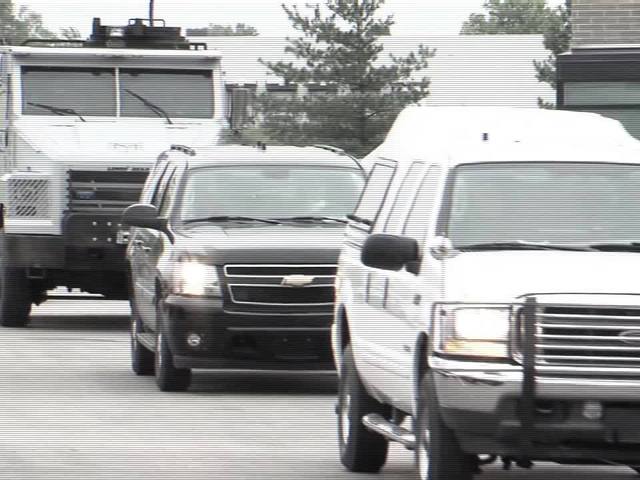 A 41 Action News investigation looks into how info on police investigations offered different facts than previously recorded, how records came to be closed in Kansas, and how that could be changing if the legislature acts. 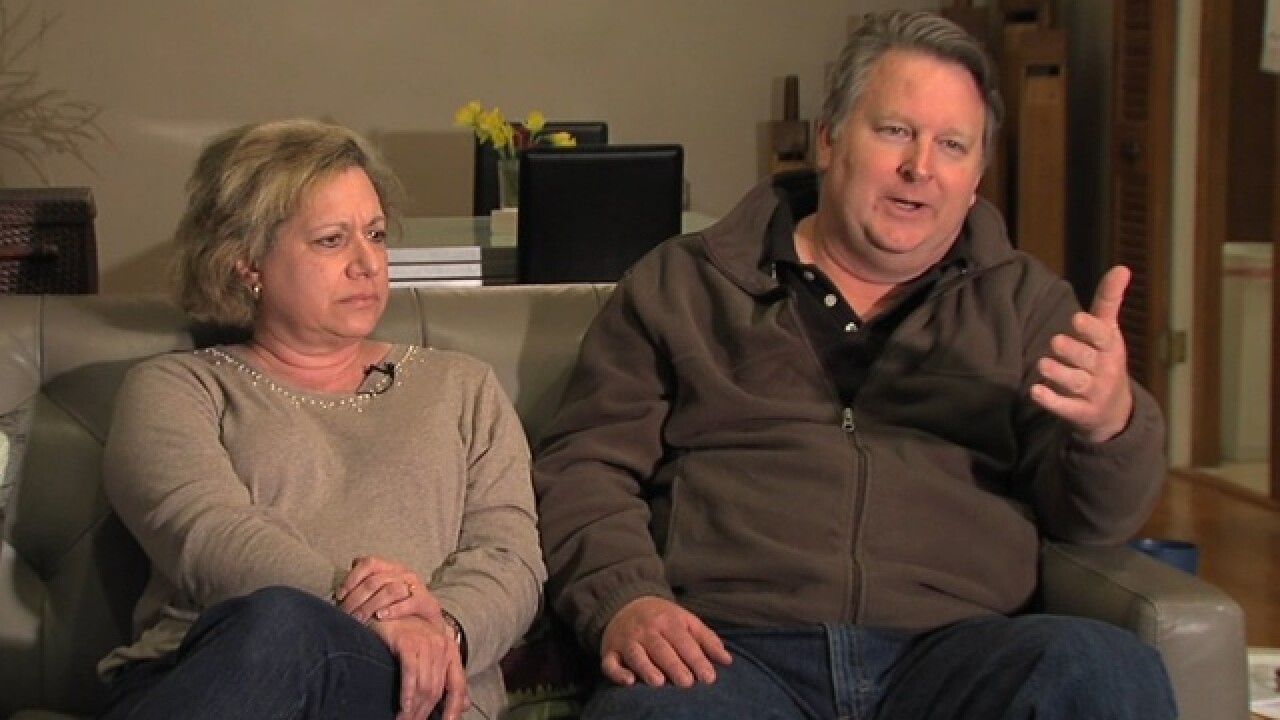 The Sunflower State has very little sunshine for law enforcement records. Most Kansans are unaware of their inability to see records collected about themselves or loved ones. They're either forced to spend thousands of dollars to open them or can't afford to even try. This story is part one of a three part investigation that shows what can happen when records are restricted in Kansas. Read about the other two and watch our documentary at KSHB.com/darkstate.

Bob Harte groggily opened his front door and found a fully-armed Johnson County SWAT team in front of him early in the morning of April 20, 2012.

It was 7:30 a.m. when he'd heard a knock at the door and pulled himself out of bed to answer it while his wife and two kids slept.  A SWAT team surrounded his home, and a deputy had a battering ram ready to charge through the door had Bob had not opened it.

The deputies pushed Bob to the floor of the entry way of his home and stood over him with rifles screaming, “Where are the children in the home?” Bob told them they were in their rooms and the deputies ran to find them.

The commotion woke his wife Addie Harte who came downstairs to find out what was going on.

“On television, they always come to the door and say ‘we have a search warrant’ and hold it up. Here it is. Let us in. We were told in Kansas, they don't have to give you the search warrant until they leave,” Bob Harte said.

The Hartes’ kept asking deputies why they were in their home but deputies would only say that they were looking for “narcotics.”

At the end of the raid, deputies handed the warrant over to Bob. On it, they had written they hadn’t seized anything. They had not found anything illegal in the home. Bob would end up taking that warrant door to door in their neighborhood to convince his neighbors nothing inappropriate had happened at their home.

After the raid, the couple thought they could access public records to find out why law enforcement suspected drugs were in their home. They told 41 Action News they were shocked to find out they could not access any of those records under Kansas law.

“We were chosen more or less at random for this drug raid and we were like ‘what do you mean we can't get the records? They raided our house,” said Addie.

The Hartes spent $25,000 hiring an attorney to fight to get access to the records. It took a year, but the Johnson County Sheriff’s Office eventually released the records. The Hartes were surprised by what they read.

Records showed on Aug. 9, 2011, a Missouri Highway Patrol trooper observed a man leaving the Green Circle hydroponics store in Kansas City, Mo., in a KIA with his children and a small bag.

Bob said he had been to the store to get supplies for a science project he was working on with his son: a basement hydroponic garden.

Troopers had been observing customers at the hydroponics store because hydroponic supplies are often used in cultivating indoor marijuana plants.

Records show Johnson County deputies traced the tag number on the KIA observed by MHP to Bob and Addie Harte. On April 3, 2012, investigators visited the Harte’s home at 5 a.m. They went through the Harte’s trash and found wet plant material. At this time, investigators reported they didn’t know what it was so they failed to test it.

NEXT: What investigators found during additional visits to the house

A week later, on April 10th, investigators returned to the home. Again, deputies searched through the trash. This time, when they found plant-like material, they performed a field test which indicated the substance was marijuana.

Deputies went to the home a third time on April 17th, 2012. Again, deputies found plant material in the Harte’s trash. They performed another field test which again indicated a positive result for marijuana.

The Hartes say they knew immediately what police had located.

“Bob instantly said, ‘It's your tea!’ because I drink loose tea and those are saturated leaves,” said Addie, who told 41 Action News she often threw the leaves in the kitchen trash.

Though field tests are known to be unreliable, reports obtained from the Johnson County crime lab indicate the deputies did not send any of the samples to the crime lab for confirmation. The records also note that deputies did not intend to, but changed their minds when the Hartes started questioning why deputies raided their home.

When the crime lab processed the evidence, their tests came back negative for marijuana. The results came back in May of 2012.  The Johnson County Sheriff’s office had that information months before the Hartes were able to get the records that the material was not marijuana.

The embarrassing misstep for deputies would have remained hidden if the Hartes had not had the means to spend money to gain access to the records.

Along with taking legal action in federal court over the incident, Bob and Addie Harte have also testified in Topeka to encourage Kansas lawmakers to open police records. Bob believes if police had known the media would be able to analyze the warrant information in their case, deputies never would have gone through with the raid.

“Nobody wants to be on the nightly news or front page of the paper explaining a scandal, and they don't worry about that in this state because they know the media isn't going to get ahold of it,” Bob Harte said.

The family has also been contacted by people across Kansas trying to figure out how to access records about themselves. Addie said many of the people who have reached out to her do not have the same resources financially to fight to get records released.