The first is the Country Club Plaza location in Kansas City, Missouri.

"We just want a better say in what happens at our store specifically since we are the ones that understand it," Addy Wright, a Starbucks employee, said.

Starbucks Plaza employees sent a letter Monday to Starbucks CEO Kevin Johnson that listed several reasons for the decision. Those include concerns about safety, a desire for increased say in changes at the store and increased pay and benefits.

The letter from the store’s "partners," which is what Starbucks calls employees, alluded to the company’s mission:

“We can’t nurture the human spirit on the clock as long as we’re underpaid and undertrained. We can’t inspire our neighborhood while our partners struggle to afford living there. We can’t make customer connections unless we feel safe around our customers.”

A copy of the full letter is below.

Employees at both locations are organizing with Workers United so they can negotiate as a unit.

The union said a majority of eligible employees at both stores have signed union authorization cards.

The move to unionize is a location-by-location process for Starbucks workers.

"We might not get the world, but we're gonna have a seat at the table to ask for more than we have right now," Chris Fielder, another Starbucks employee said.

Fielder said concerns about safety during the pandemic need to be addressed.

"We're supposed to be masked and that's a good thing for us, but when the rest of our store and the customers aren't, it feels like there's a disconnect there," Fielder said.

He said we're seeing more people unionize, but they're also changing jobs in this time of the Great Resignation.

"There are a lot of people who are looking for jobs, but they're more demanding in what they're trying to get in terms of workplace conditions, pay, benefits, and the like. So, unionization is one reflection of ways to get that," Katz said.

A Gallup poll from September said 68% of Americans approve of labor unions. It has not been that high since 1965 when the poll showed 71% approval.

"It gives you an idea of how favorably unionization and union efforts are received by most of the country," Katz said.

Workers United says more than 50 stores have filed for union elections from Starbucks, which issued a statement Monday to KSHB 41 News.

We are listening and learning from the partners in this store as we always do across the country. Our position hasn't changed: Starbucks success — past, present and future — is built on how we partner together, always with Our Mission and Values at our core.

As Rossann Williams, evp and president, North America, recently shared [stories.starbucks.com] with our partners “the vote outcomes will not change our shared purpose or how we will show up for each other.  … We will keep listening, we will keep connecting and we will keep being in service of one another because that’s what we’ve always done and what it means to be partner.”

A store in Buffalo, New York was the first to vote to unionize last month. 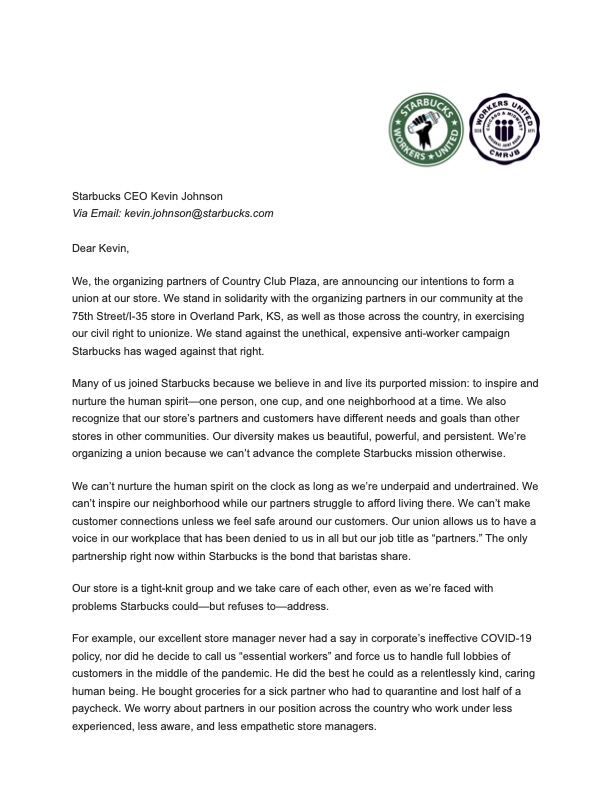 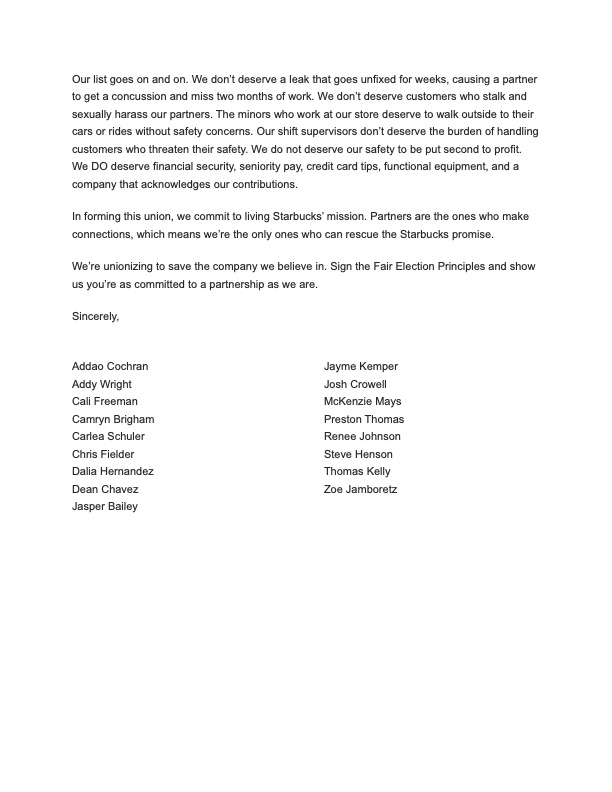 —
We want to hear from you on what resources Kansas City families might benefit from to help us all through the pandemic. If you have five minutes, feel free to fill out this survey to help guide our coverage: KSHB COVID Survey.