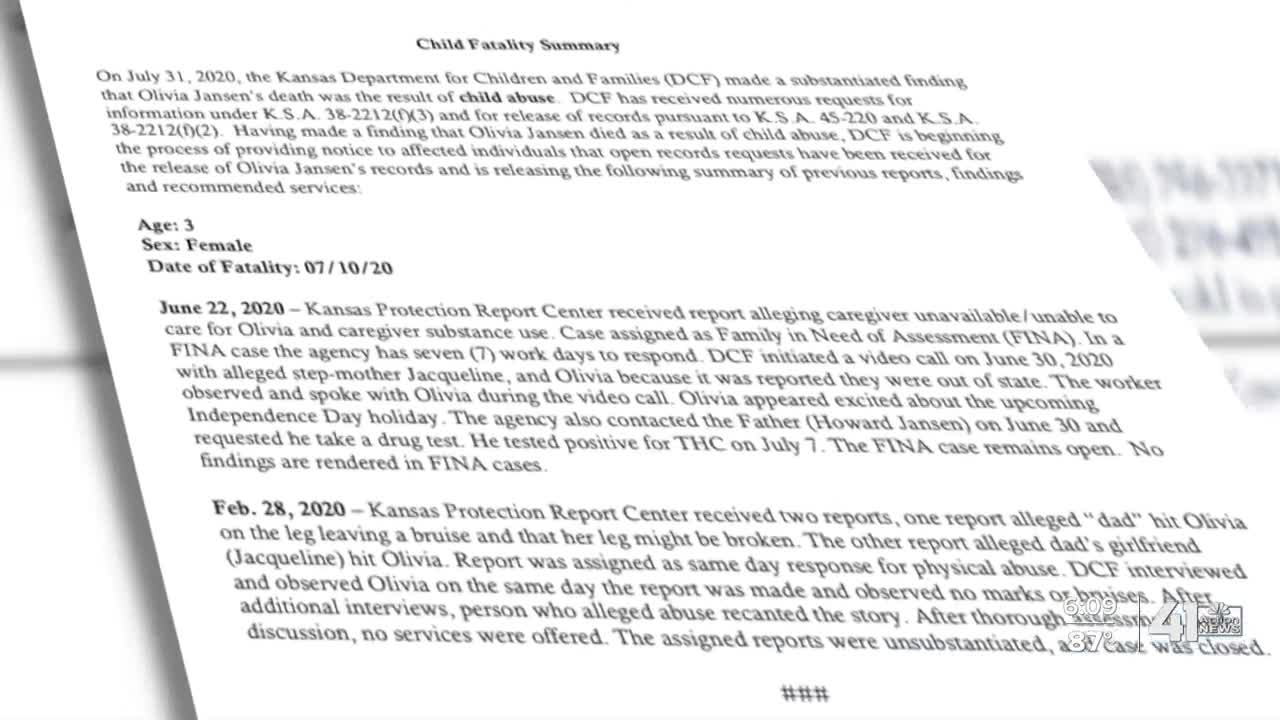 A hearing is scheduled pertaining to the release of Olivia Jansen's file with Kansas Department for Children and Families (DCF). 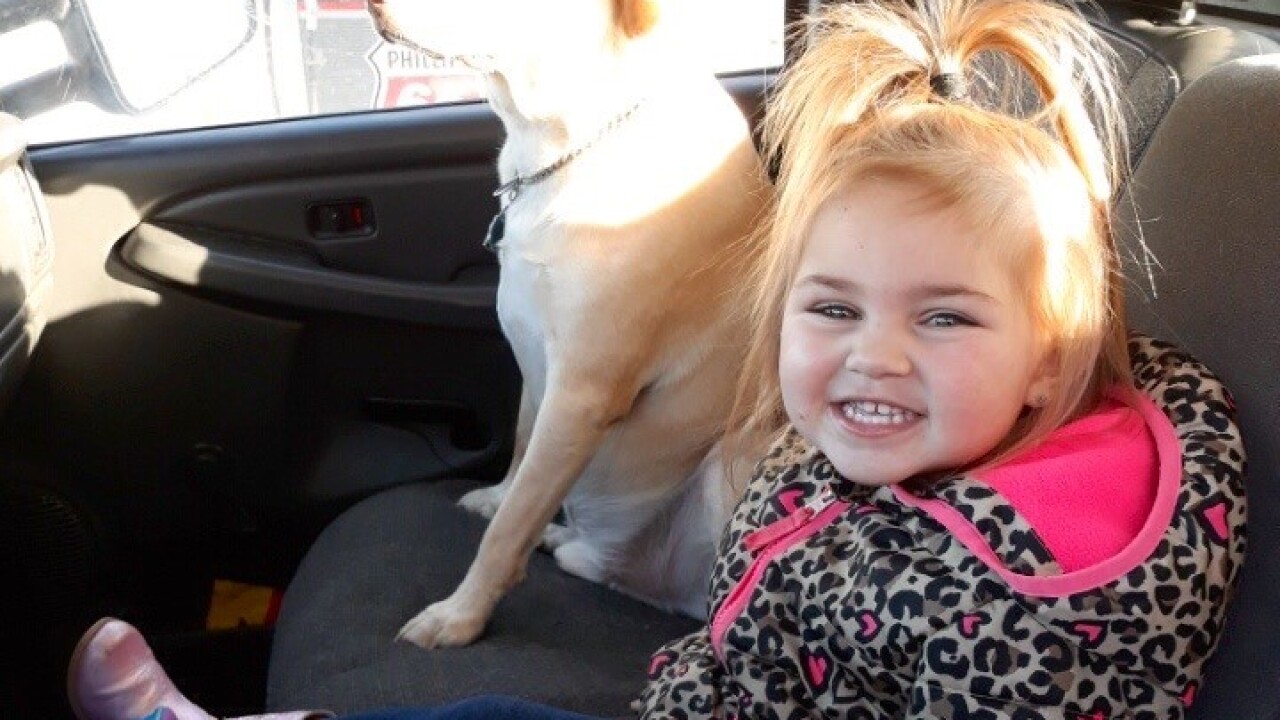 KANSAS CITY, Kan. — A hearing is scheduled pertaining to the release of Olivia Jansen's file with the Kansas Department for Children and Families (DCF).

The 3-year-old girl was reported missing in early July and her body was found in Kansas City, Kansas.

Earlier this week, Mark Dupree, district attorney for Wyandotte County, asked the courts to prohibit the release of Olivia's file after the attorney for DCF is a notice of intent to release the file.

In July, the courts granted a motion "to Prohibit Extrajudicial Statements regarding this case."

The courts also issued an order that states, “law enforcement agencies and their personnel involved in this case shall make no extra-judicial statement that a reasonable person should know will have a substantial likelihood of materiality prejudicing the criminal proceeding.”

Olivia's father, Howard Jansen III, and his girlfriend, Jacqulyn Kirkpatrick, are in jail on murder charges related to Olivia's death.

According to Dupree's office, if DCF released Olivia's file, it would include an unredacted version of the arrest affidavit "and other DCF documentation that would release specific information relevant, material, and necessary to the prosecution of these cases."

An attorney for Jansen said Thursday he could not comment on Dupree's motion, citing a judge's order. The defense also plans to file a motion to seal the records until they can be reviewed, he said.

The hearing to stop the release of Olivia's record is scheduled for Aug. 26.