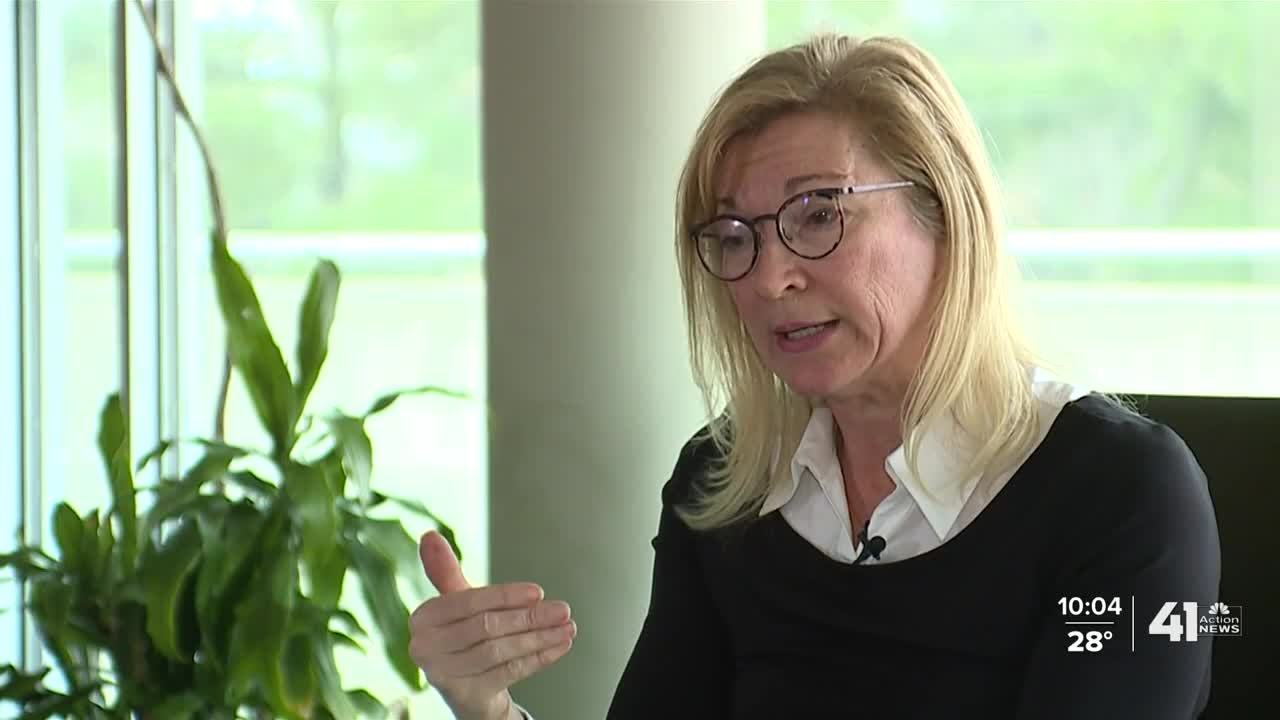 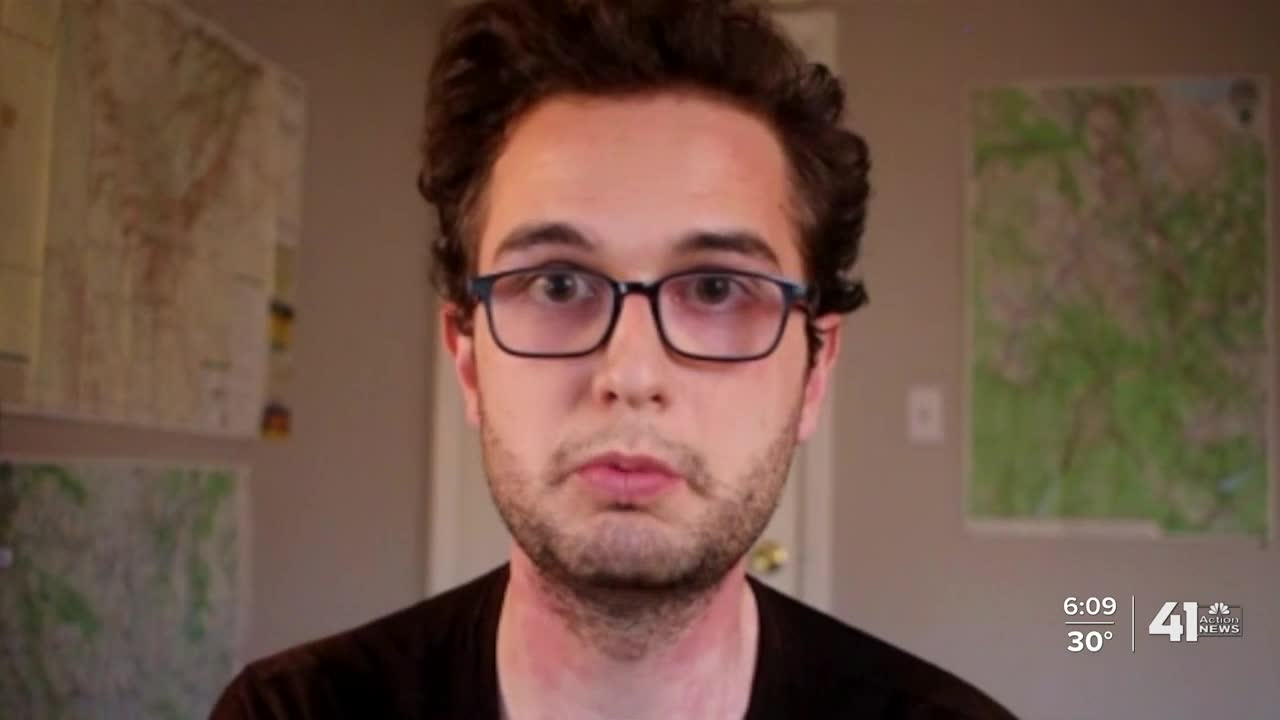 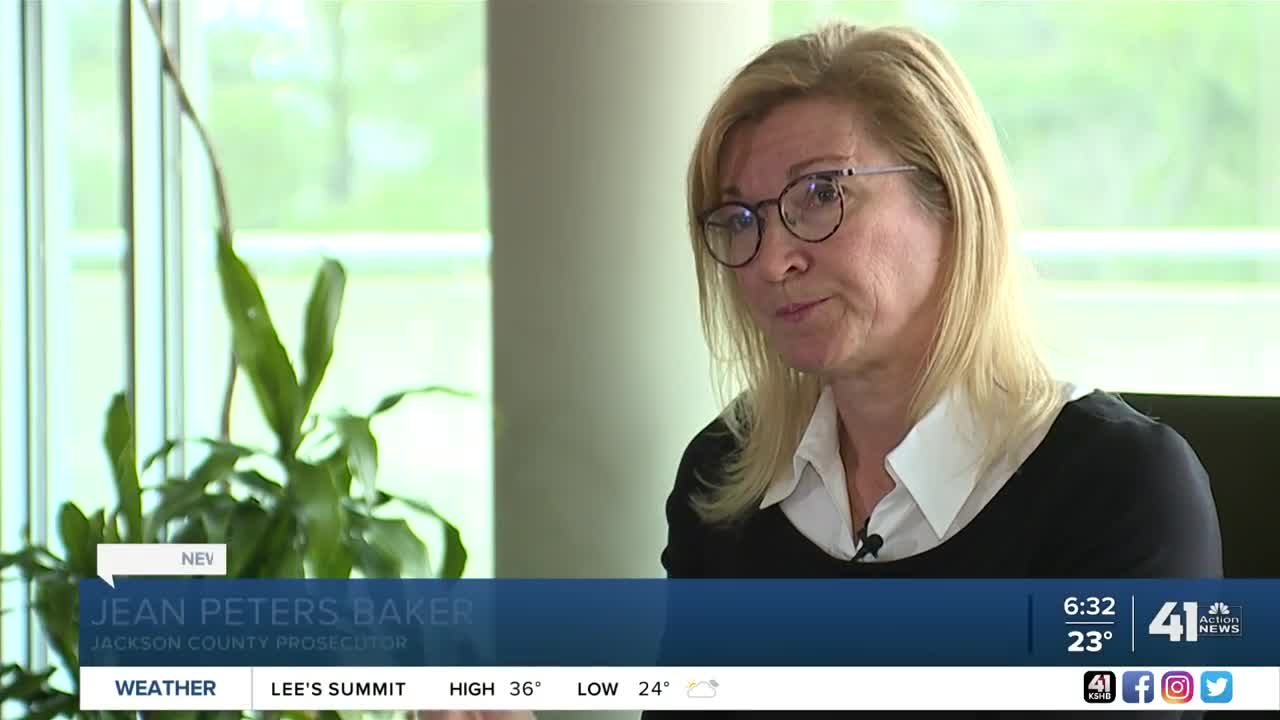 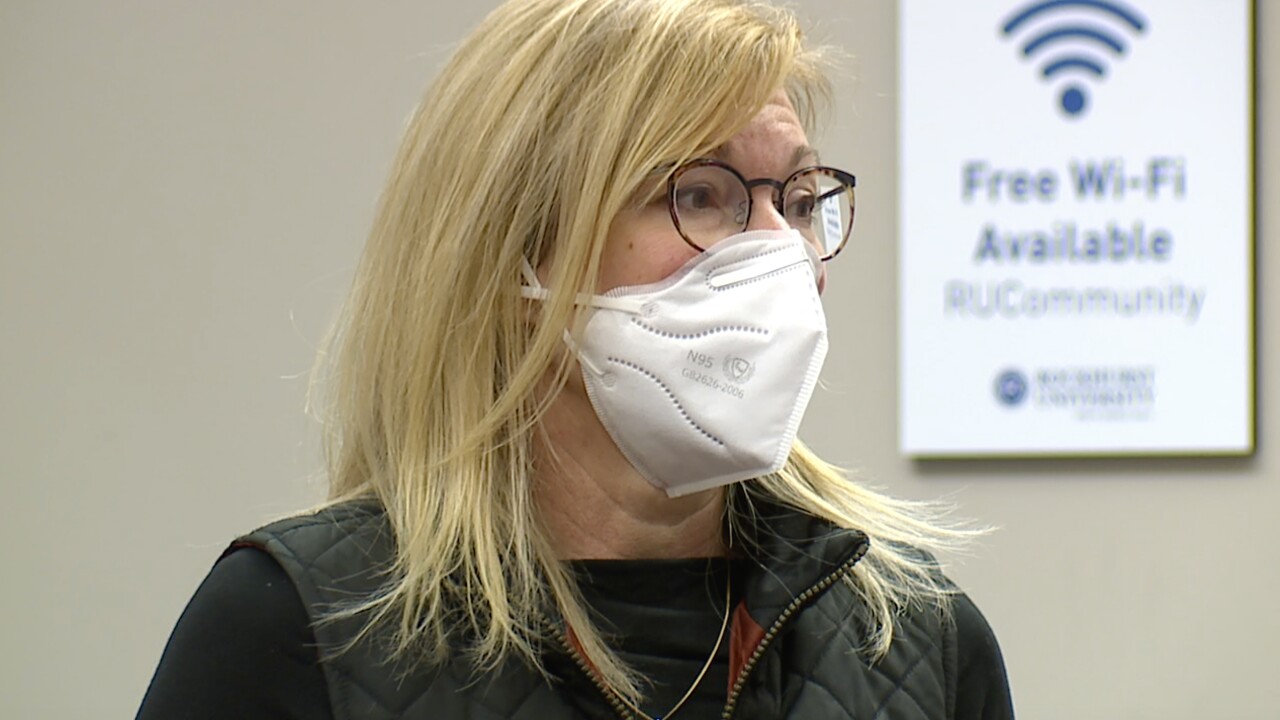 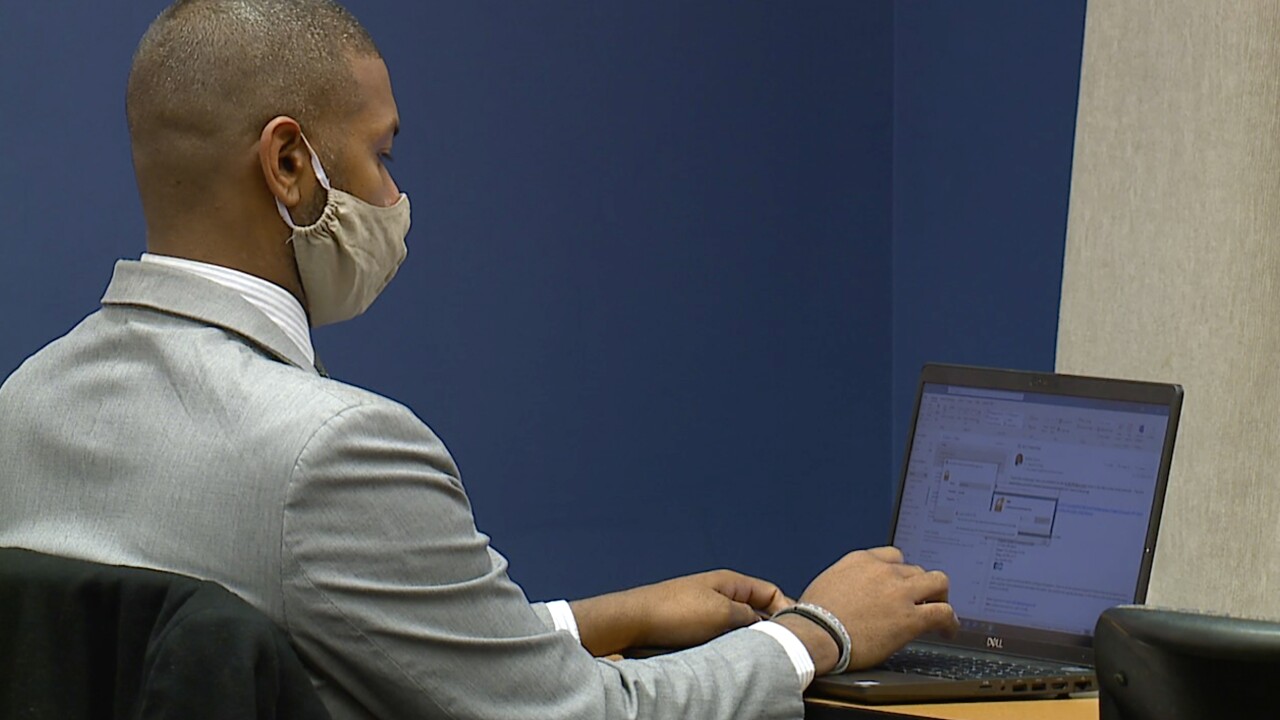 The findings, which focus on cases in which a drug offense is the main reason for the charge, reveal some bright spots in the investigation and prosecution of drug crimes, but also reveal disparities requiring further work.

The review focused on cases that are formally known as “lead charge drug cases,” and includes geographic and racial data between 2017 and 2019.

Henry Chapman, the data analyst with the prosecutor’s office who prepared the report, said that while the data isn’t a complete or exhaustive explanation of every drug case investigated by the Kansas City, Missouri, Police Department - for instance, parts of KCMO in Platte, Clay or Cass Counties are not included in the review - it does paint a picture of the situation in the core of the city.

"We looked specifically at lead charge drug cases and what that means is, when you're charged with a criminal offense in Jackson County ... you could be charged with a couple offenses under one criminal case. Those lead charge drug cases were far and away the largest category of cases that we received from KCPD, but also it's the leading charge of a case that we get from any referring police agency,” Chapman said. “What was really interesting is the results from the random sampling mirrored those from our automatic parsing, so that leads us to believe that the random 20% sample that we grabbed was actually a good sample."

41 Action News combed through some of the data independently, and will tell the story of these cases visually through 10 major points raised throughout.

Chapman said the office used a study conducted in Chicago about a decade ago to estimate the cost.

Adjusting for inflation, they found each drug case costs about $144,000.

“That's everything from the detectives to the court costs to the lawyer fees to paying my salary to paying for drug treatment," Chapman said.

With an average of 1,400 drug cases a year, the prosecutor’s office estimated a rough annual cost of $200 million.

2. The overwhelming majority of lead charge drug cases in Kansas City are on the east side.

Jackson County Prosecutor Jean Peters Baker said the data could be an indicator KCPD is “looking” for the cases in certain parts of the city.

"What we know about drugs is that they're used by all racial demographics in about the same amount. You can buy drugs probably in any part of the city that you want to go find them,” Peters Baker said. “But this appears to us that just geography-wise, they're looking, those buy-bust operations are all east of Troost and south of Independence Avenue."

3. From January 2017 to September 2020, Black drug defendants made up 14% more of KCPD drug cases than their representation in the U.S. Census.

The Wayne D. White Recovery Community Center is at 45th Street and Troost Avenue, in the heart of the area with the greatest number of drug cases.

Stan Archie, the clinical director said he is not surprised by the disparity or geography of lead charge drug cases.

"If you're looking for the problem to be here, you won't notice it anywhere else,” Archie said. “When you look at drug use, you often don't look at the humanity and the experience that is going on that creates the depth of mental illness that we're dealing with — the contamination of life that takes place when you are under the stigma of having used drugs ... I think law enforcement is a big deal because like I said we criminalized the disease."

4. There is a large racial disparity in the suspects of buy-bust operations in lead charge drug cases.

Chapman told 41 Action News the prosecutor’s office sent the report to KCPD, specifically leaders in the narcotics and vice divisions, for their review.

“I'm happy that they're going through it just in case there were any mistakes or any oversights, or there's stuff that we didn't see that, because they're so intimately involved with it, they would know and we're waiting to hear more detailed feedback from them," Chapman said.
At first glance, Peters Baker described the statistics as, "really awful — and that was the greatest disparity, about 80%, even a little higher than 80% represented African Americans."

5. KCPD refers more drug cases to the Jackson County prosecutor than any other kind of case.

Peters Baker said she doesn't want her staff spending resources on drug cases when it’s not necessary. Rather, she wants her team to focus on violence.

"This is a violent city. We need to accept that we really are in crisis right now. Six-hundred non-fatal shootings have happened this year in Kansas City, and you know what our homicide rate is,” Peters Baker said. “We're so far above where we have been in any other year in Kansas City's history. That is where we need to spend our time and our energy and our resources."

6. Roughly one out of every three lead charge drug delivery defendants had another violent or weapons case since 2015.

And one out of every four drug case defendants had violent or weapons cases previously.

Chapman defined violence as the intention or act of physical harm. Examples of violent cases include those involving a weapons charge, child endangerment, rape, homicide and aggravated assulat.

“We found that 25% of drug defendants had one of those cases in the last five years,” Chapman said. “For buy-bust defendants or drug delivery defendants, we found that percentage increased to 36%. We only looked at Jackson County cases, so it's very possible that those defendants could have uncharged cases with KCPD, or could be charged in other jurisdictions."

7. Possession cases make up a slightly greater percentage of lead charge drug cases from 2017 to 2019.

From 2017 to 2019, close to 80% of all lead charge drug cases from KCPD in Jackson County were possession charges.

“They are folks that have not much job potential, and I think they're individuals that have a whole lot of other issues, and not much opportunity,” Peters Baker said.

It is important to note this is an improvement over the two-year sample period. In 2017, Black drivers were stopped and charged roughly 20% more than their representation in the U.S. Census.

"My hope is that as the prosecutor and the rest of them are sitting down trying to figure out what to do, we start thinking about the American experience and what people have experienced, people of color," Archie said.

9. KCPD and the prosecutor's office cut the time from investigation to filing by 40% in possession cases and 60% in buy bust cases.

There's a new process crafted by KCPD and the prosecutor's office to cut down testing of potential drugs. Streamlining the process moves both agencies toward the ultimate goal of getting those who need help in treatment faster.

Peters Baker said she believes this is because prosecutors are trained to think about equity.

41 Action News reached out to KCPD to learn more about its reaction and analysis of this data.

"Our cases submitted to Jackson County Prosecutor’s Office, as well as the other three prosecutor’s offices that KC is within, are based on investigated criminal activity alongside documented evidence of that criminal activity. That is what is considered by officers and investigators when submitting cases for consideration of criminal charges."

Ultimately, the Jackson County prosecutor is presenting this data in hopes of using it to draft a new policy on drug cases.

Chapman said he hopes “this study makes the Jackson County Prosecutor's Office, but also Kansas City in general, take a look at how we're prosecuting drugs and maybe opening the possibility that there's a better, different way to achieve better outcomes in these cases and these defendants’ lives."

Peters Baker said she wants to make Kansas City a safer place while allocating her office’s resources in the best ways possible.

"I want to prosecute cases that make Kansas City safer,” she said. “Unless there's a link to violence, or there's some kind of community concern or that a person poses such a nuisance to the community, then now I know it's not the most effective use of resources. I have to look at the data that my office generated, and I had to issue an apology to the community. We're going to fix this, we're going to change it, and we're going to make our system much more equitable than it is right now."