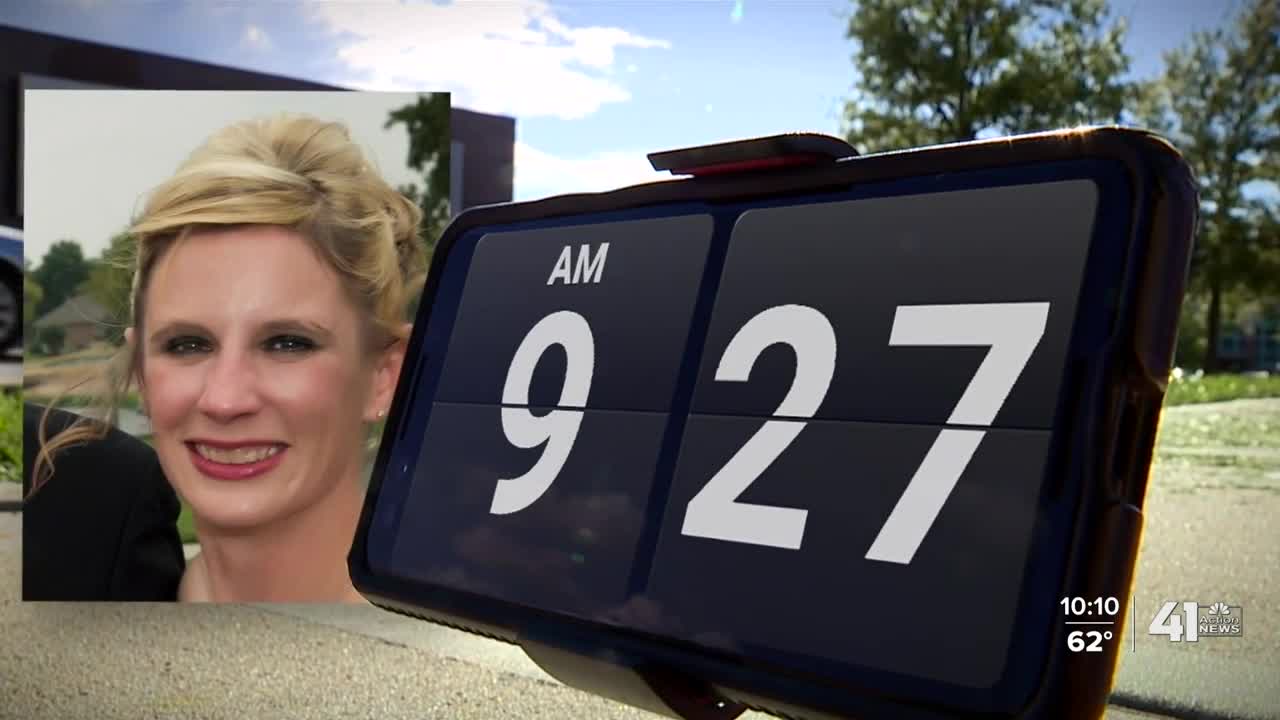 A local family says they are surprised of a hospital policy that instructs patients in need of care to call for an ambulance, even if they are in a hospital parking lot. 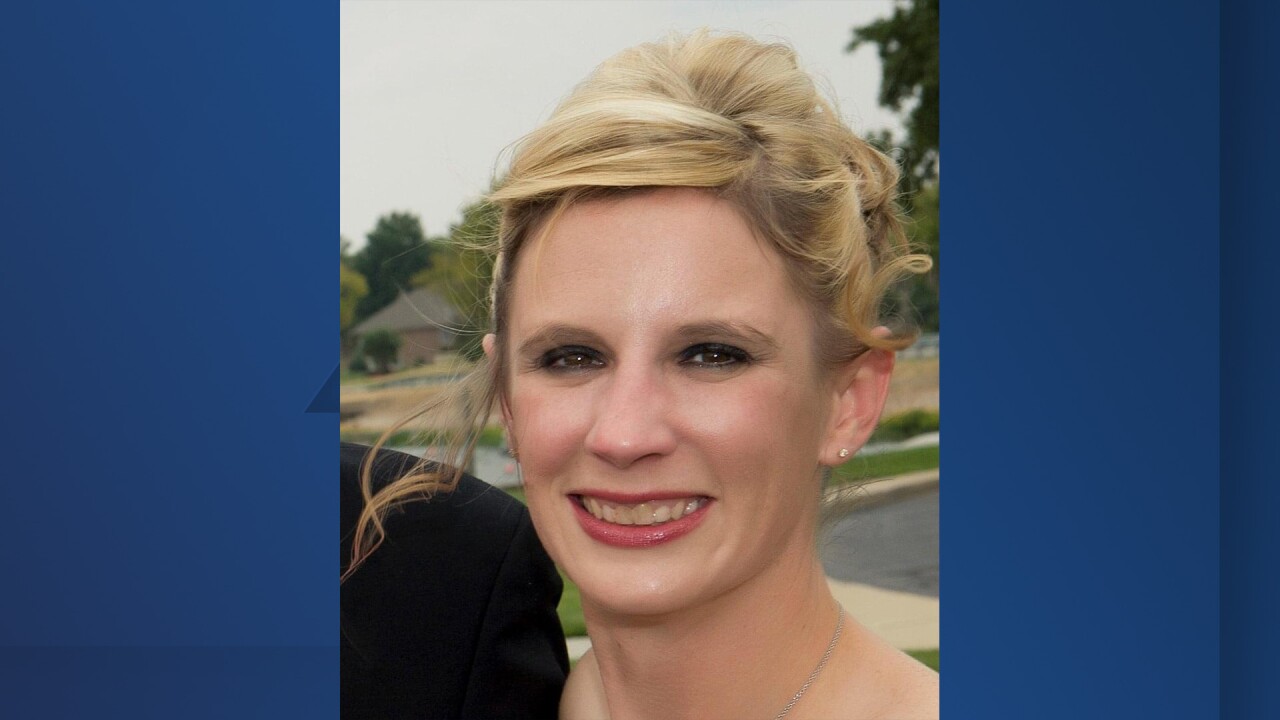 LEES SUMMIT, Mo — It was a morning in late August when Donald Holcomb rushed his mom to Saint Luke's East emergency room.

Jennifer Holcomb, a 40 year-old accountant, died the next day.

For the past two months, Donald has looked back on the events of that day, wondering if things could've ended differently for his mom.

It all began with a stomach ache.

"She had stomach pain and vomiting," Donald said. "By the hour, the vomiting kept increasing."

Donald drove his mom to Saint Luke's East Hospital. When he arrived, Donald said there wasn't room for him to park under the emergency overhang by the doors.

"So, I parked in the emergency parking lot and tried to carry her," Donald said.

With his mom in his arms, Donald wasn't able to make to the doors.

"I just had to kind of lay her down on the sidewalk," Donald said.

An off-duty nurse, who works at a different hospital, noticed Jennifer lying on the ground.

The nurse spoke to the 41 Action News I-Team but didn't want to be identified because of his connection to the hospital.

"I got out of my car to run to the patient to check her pulse and she had no pulse," the nurse said. "That means this is a life or death situation."

While the nurse is trained for emergency situations, he told the I-Team he wasn't prepared for what happened when someone ran inside the ER for help.

The nurse said an employee of the hospital, who happened to be outside, assisted in performing first aid on Jennifer. She too, according to the nurse, sent someone inside for help.

"She yelled at him [bystander] and she said, 'Go in there and yell at people and get somebody in here.' Even after that, nobody showed up," the nurse said.

First aid wasn't enough to bring back Jennifer's pulse. The nurse said they needed life-saving equipment, like an AED, which was just beyond the emergency room doors. Feet from where Jennifer was lying on the sidewalk.

"When I stopped to check the pulse and I would look at the emergency entrance, I'm like, okay, everybody's gonna be showing up right now, the whole crew is going to be coming out of the emergency," the nurse said. "And, then, you look and you look and not a single soul showed up."

At that point, the nurse said someone on scene called for an ambulance.

Dispatch records show the call came in 9:52 a.m. According to documents, the Lees Summit Fire Department responded to the scene. They arrived seven to 10 minutes later, according to the nurse.

Donald watched in shock, he said, as medical staff tried to save his mom.

"When you get there, you expect to get help immediately," Donald said. "Not sit there and hope to God someone comes out and helps her."

Saint Luke's East Hospital would not speak with the I-Team on camera. However, Laurel Gifford, a spokesperson for the hospital did answer questions through email.

"A thorough review of this incident is well underway, as is customary any time an unexpected situation occurs. These reviews are essential to identify follow up actions or process changes that may be appropriate or necessary based on a given circumstance. Our goal is always to deliver the safest, most effective care at all times.

Though we cannot comment on the specifics of this particular situation, we can acknowledge that Saint Luke’s follows standard operating procedure for events that occur outside hospital facilities. This standard—supported by CMS, and common among hospitals—provides that hospital personnel call 911 for anyone experiencing distress outside the hospital (including in hospital parking lots) and providing supportive care until EMS arrives. Though it may seem counterintuitive to call 911 when ED personnel are nearby, the reason for this recommendation is based on sound principles of patient care:

· Pulling ED equipment off site prevents the use of that equipment by ED providers, potentially exposing existing patients to risk

Though the circumstances of this situation are indeed tragic, and our hearts go out to the family, Saint Luke’s remains proud of the care we deliver and of our commitment to the health and safety of our patients and community."

The I-Team reached out to all the hospitals in the KC metro area.

University of Kansas Health System is the only hospital that responded.

According to Jill Chadwick, spokesperson for the hospital, the facility's rapid response team does respond to situations outside the hospital, including the parking lot, parking garages and bus stops. In addition, when the rapid response team is called upon, EMS is activated simultaneously. However, staff usually gets to the patient before an ambulance arrives, said Chadwick.

Donald said his mom was caring, kind and always happy.

Jennifer died from a heart condition, according to Donald.

He wonders if his mom could have been saved if help came sooner.

"If I had to call 911 just to get a stretcher to the car, I should've just stayed home at that point," Donald said.

Editor's note: Family initially reported a different cause of death for Jennifer. The article has been updated to reflect Jennifer died from a heart condition.