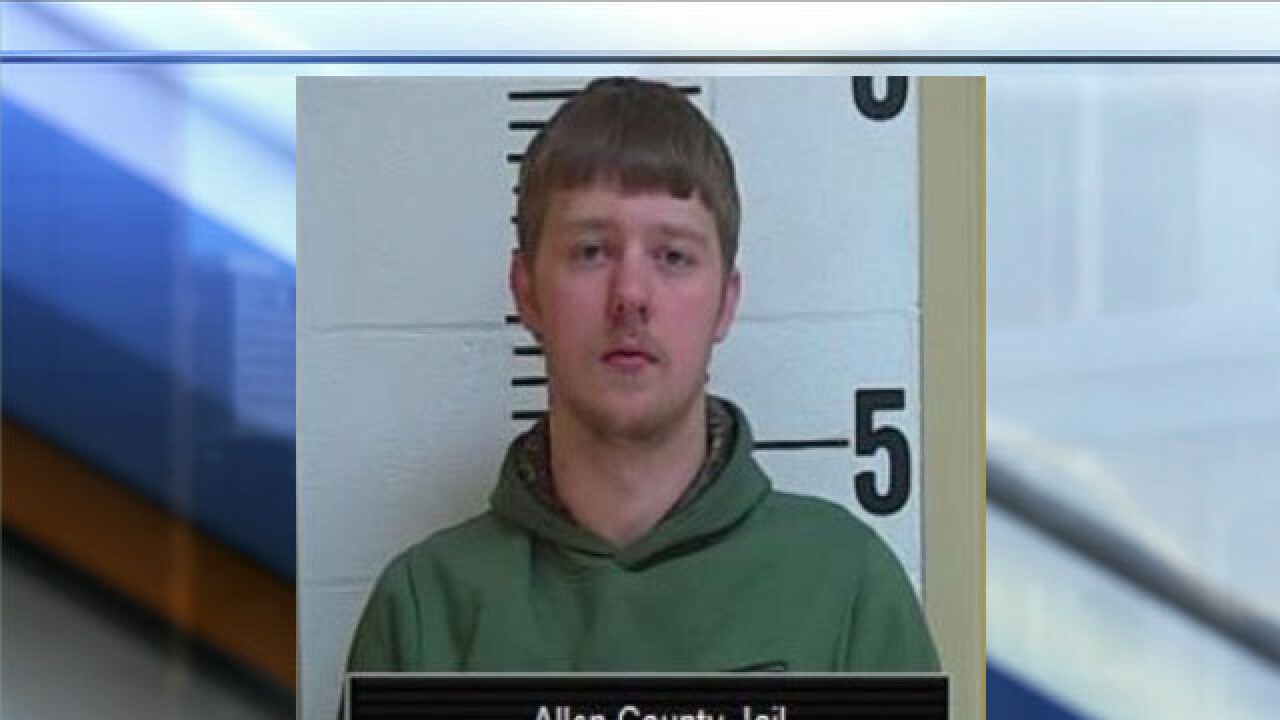 Blayke Anthony Reynolds, 22, was arrested on Monday, Nov. 4, 2019, in Allen County, Kansas, for child endangerment after his child was found locked alone in a bedroom with no access to facilities. Reynolds is behind bars with a $10,000 bond.

KANSAS CITY, Mo. — A 22-year-old Allen County, Kansas, father is behind bars after his child was found alone, locked in a filthy room.

Blayke Anthony Reynolds was just outside of Iola, Kansas, Monday on suspicion of aggravated child endangerment, criminal restraint and causing a child to become a child in need of care.

According to the Allen County Sheriff's Office, Reynolds' four-year-old child was found by neighbors after banging on his bedroom window and asking for someone to unlock the door to his bedroom.

Police were called to the home and found no adults present.

When officers entered the boy's room, it was reportedly locked and smelled overwhelmingly of ammonia. The floor contained human waste.

According to police, the child's door had been locked from the outside, and the boy had no way to access any bathroom or leave his room.

Police located Reynolds at work in La Cygne, Kansas, over an hour northeast of the home. He was scheduled to be at work until midnight.

The sheriff's office said the boy's mother said something similar had happened in the past.