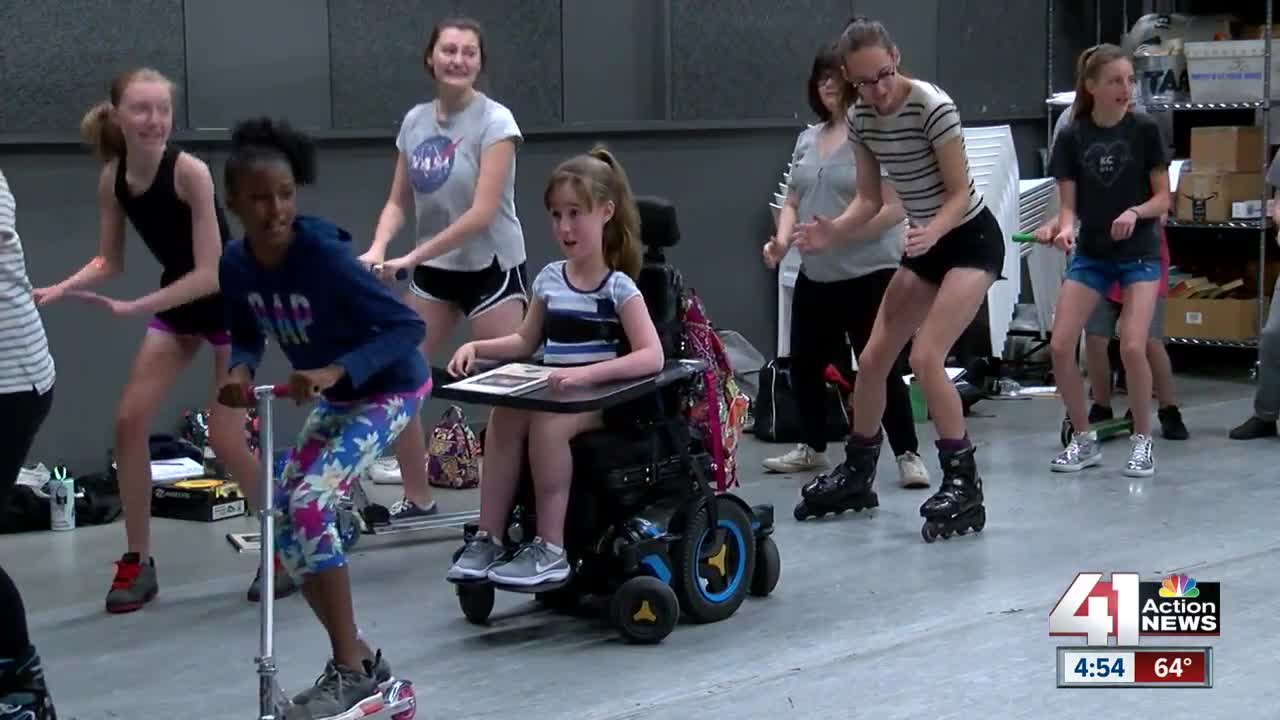 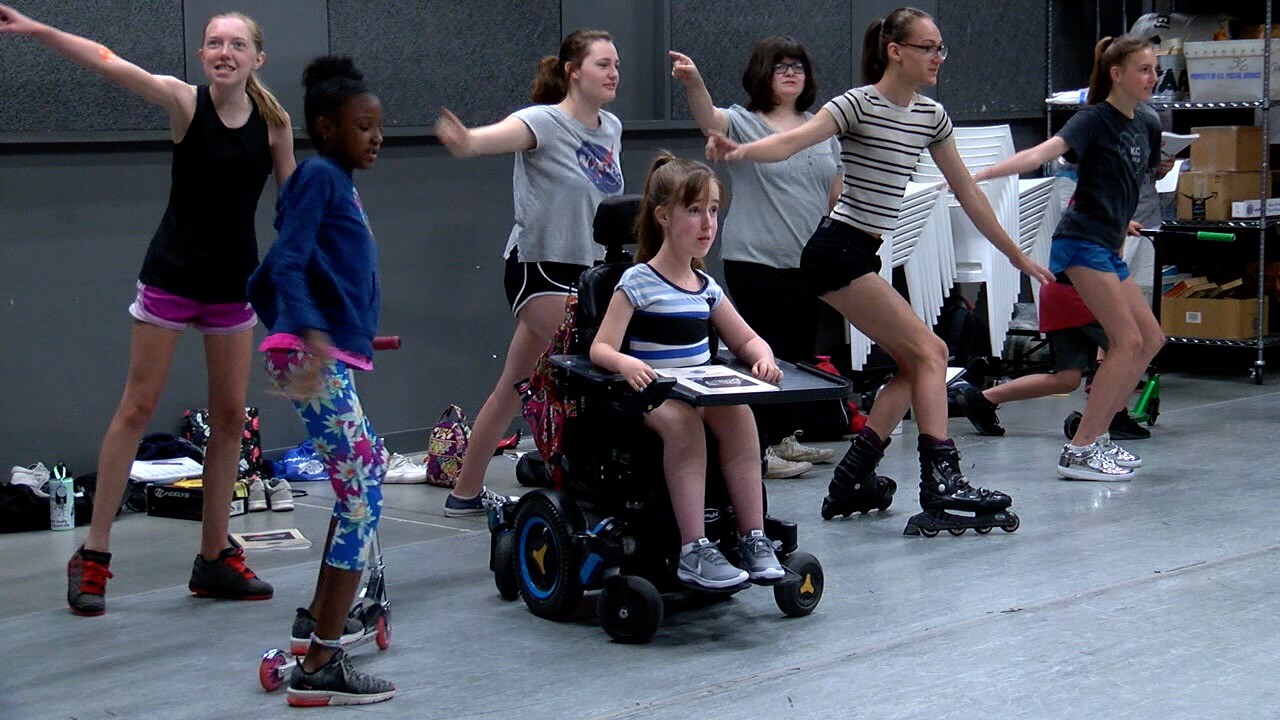 Stroker won the Tony Award for Best Performance by a Featured Actress in a Musical for her role as Ado Annie Carnes in a revival of "Oklahoma!"

It made things extra special this week at the Johnson County Arts and Heritage Center, which is hosting its first inclusive theater camp and giving children of all abilities the chance to live out their dreams of being in show business.

Rebecca May signed up her 13-year-old daughter Aubrey, who has congenital muscular dystrophy and has used a power wheelchair for mobility since the age of 2, for the camp.

"Aubrey loves to sing and act, and she's just so happy to be part of this camp and this show," Rebecca May said.

Sixteen kids of all abilities will perform in the musical, "Starlight Express" by Andrew Lloyd Webber. Spinning Tree Theatre is presenting the camp in partnership with Variety Children’s Charity of Greater Kansas City, a nonprofit focused on providing equipment and opportunities for developmentally disabled children.

"I would love to see so many different companies doing this very thing, because it is truly the most rewarding thing ever," Spinning Tree Theatre Artistic Director Michael Grayman-Parkhurst said.

Before this summer, it was difficult for Aubrey to find the right camp.

"I do think the arts is a little bit behind in inclusion and to see how easy it can be, by just including them, just trying, it really is important for the families to have your child belong," Wiebrecht said.

Aubrey is relishing her moment in the spotlight, which concludes with performances June 21-23 at Johnson County Arts and Heritage Center, and hopes this can be a reminder for all kids to never draw the curtain on their dreams.

"We've always tried to instill in her that you can have the same dreams that anybody else has," Rebecca said. "Just because you have a disability and use a wheelchair doesn't mean that you can't dream of being anything and everything that you want to be, and I think that was just reaffirming to her."