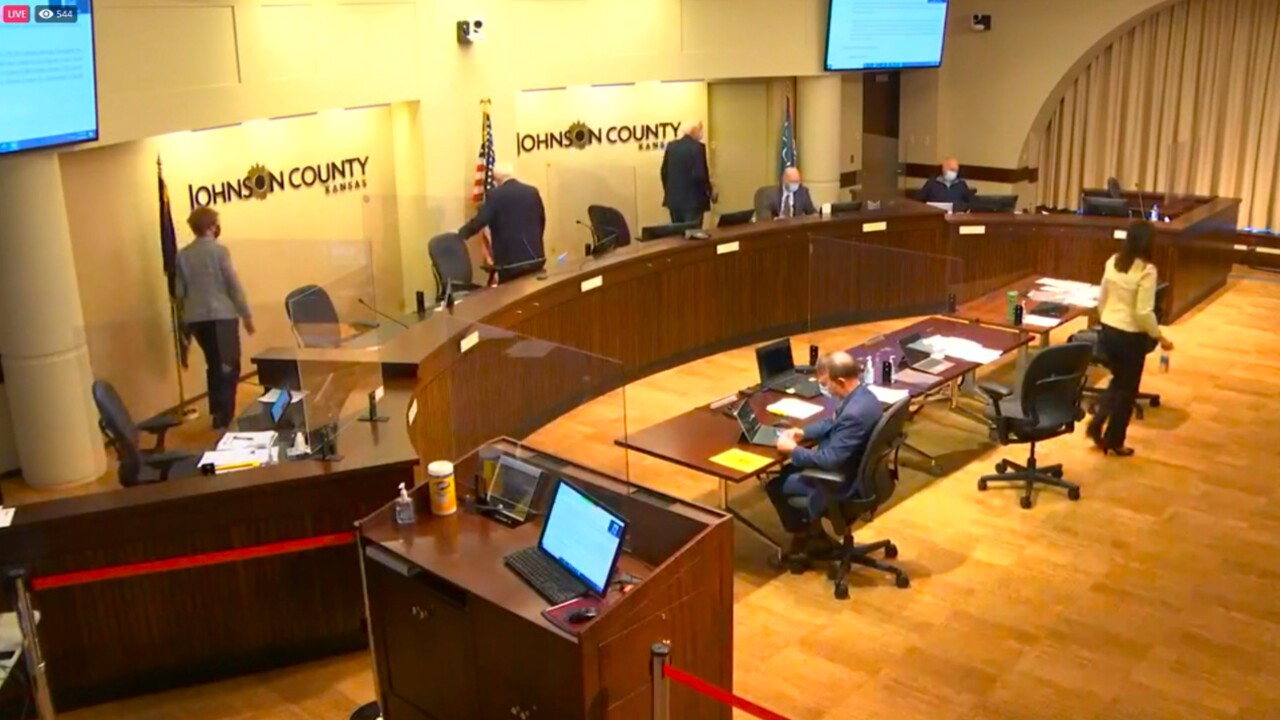 During a public comment portion of the meeting around 11:45 a.m., 41 Action News reporter McKenzie Nelson witnessed people who were waiting outside come into meeting room chanting "U-S-A."

For better clarification:
This woman spoke during public comment portion of the JOCO board meeting.
Her mask says 'mask it or casket."
She attempted to light a cigar in an effort to show that she can no longer smoke indoors and follows the law, and people should wear a mask pic.twitter.com/6in6zRxK6m

Security responded to the situation as members of the board left the room. A live video stream of the meeting briefly cut away from the chamber during the incident.

This is a developing story that may be updated.