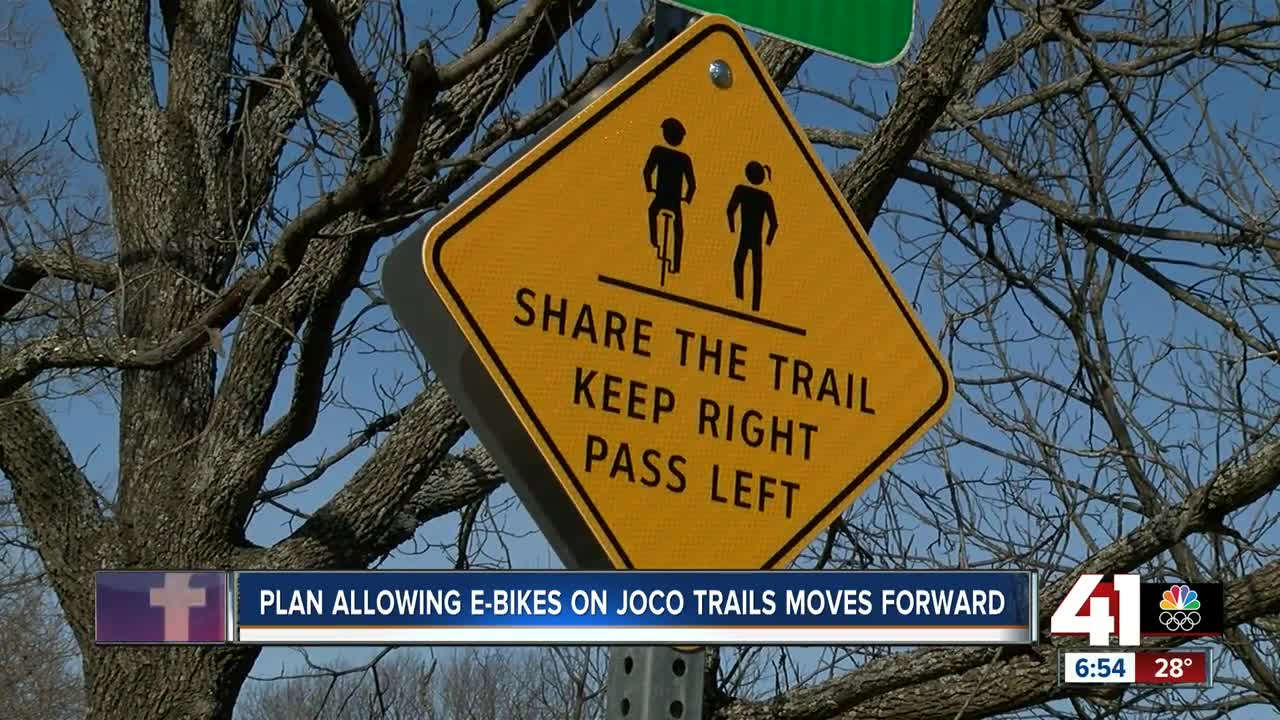 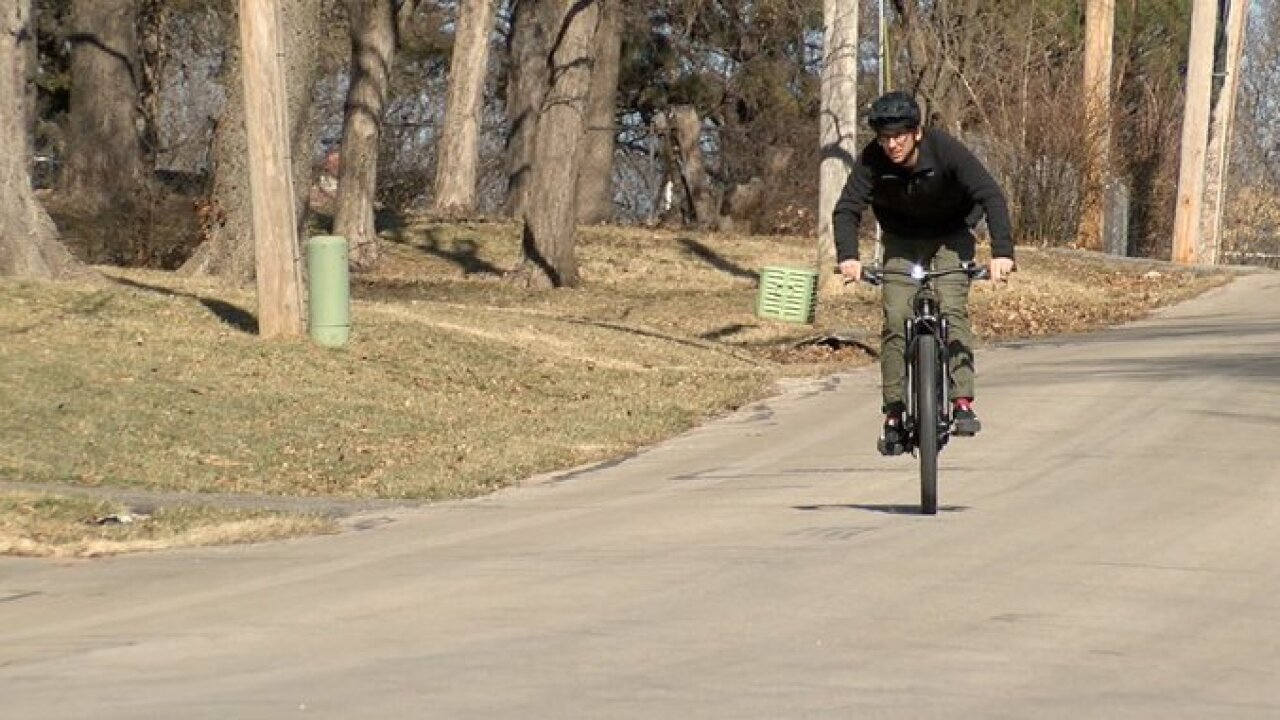 SHAWNEE, Kan. — UPDATE, Feb. 24 | The Johnson County Parks Board voted unanimously to approve the proposal allowing Class 1 and Class 3 pedal-assist e-bikes on trails maintained by the board.

ORIGINAL STORY, Feb. 11 |People with electronic bicycles are one step closer to being able to use those bikes on paved trails at parks operated by the Johnson County, Kansas, Parks and Recreation District.

Monday night, a committee of parks board members endorsed a plan allowing Class 1 and 3 e-bikes on the county’s trails. Now the proposal goes to the full parks board for a final vote scheduled for February 19.

Current rules prohibit all motorized vehicles on trails, which includes the motors in e-bikes. The county just wrapped up a six-month pilot program allowing e-bikes on paved trails.

He only knew of one accident involving an e-bike during that timetable and it was the bicyclist slipping on wet pavement, not a crash between two people.

Class 1 and 3 e-bikes are pedal assist models, so the motor only makes it easier to pedal, it doesn’t power the bicycle on its own.

“Most of the users are senior adults. It gets people out who maybe don't have the ability to ride standard, pedal bicycles and e-bikes are helping get people out and helping create a healthy population,” Maasen pointed out.

Between all the agencies in Johnson County, there are roughly 280 miles of paved trails. Cities like Overland Park are now considering their own pilot programs to welcome e-bikes on its trails.

“When you're on a bike, you don't really care if you're in Overland Park, Leawood, Olathe, Johnson County Parks, you just want to go ride. So it's very important that we have a continuity, or consistency, of rules,” Maasen explained.