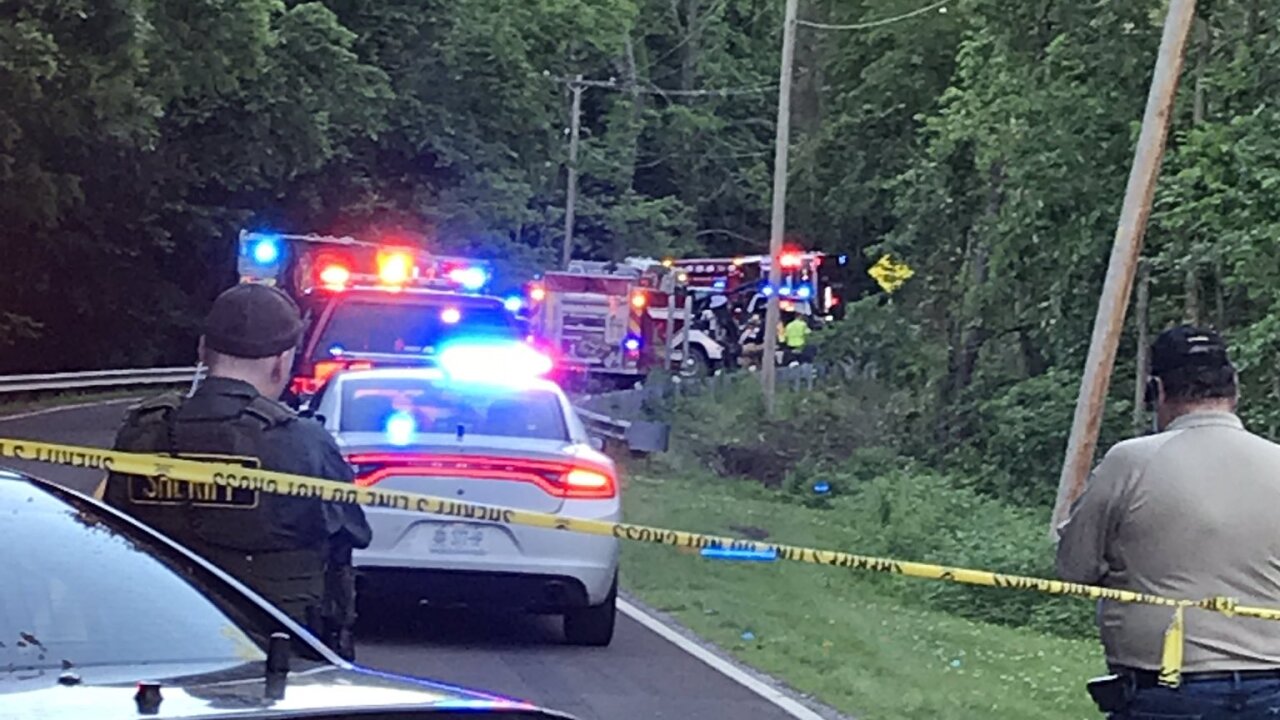 Copyright 2020 Scripps Media, Inc. All rights reserved. This material may not be published, broadcast, rewritten, or redistributed.
Jackson County Sheriff Daryl Forte/Twitter
Two brothers, ages 6 and 7, were killed Friday night when the car one of them was driving crashed into a creek and caught fire.

KANSAS CITY, Mo. — Two brothers, ages 6 and 7, were killed Friday night in a car crash in which the 7-year-old was driving.

The crash happened about 4:20 p.m. on East Blue Mills Road East of Pernin Road, according to the Missouri Highway Patrol crash report.

The 7-year-old was driving east on East Blue Mills Road when the car ran off the road, hit the ground and became airborne, according to the report.

The car hit a guardrail, hit the ground again and went back into the air, the report stated.

The car struck a wire, began rolling over, hit a tree and landed on its top.

The boys were from Independence. Their names not been released.

The crash is under investigation by the Missouri Highway Patrol Major Crash Team.