Child was about to start 4th grade 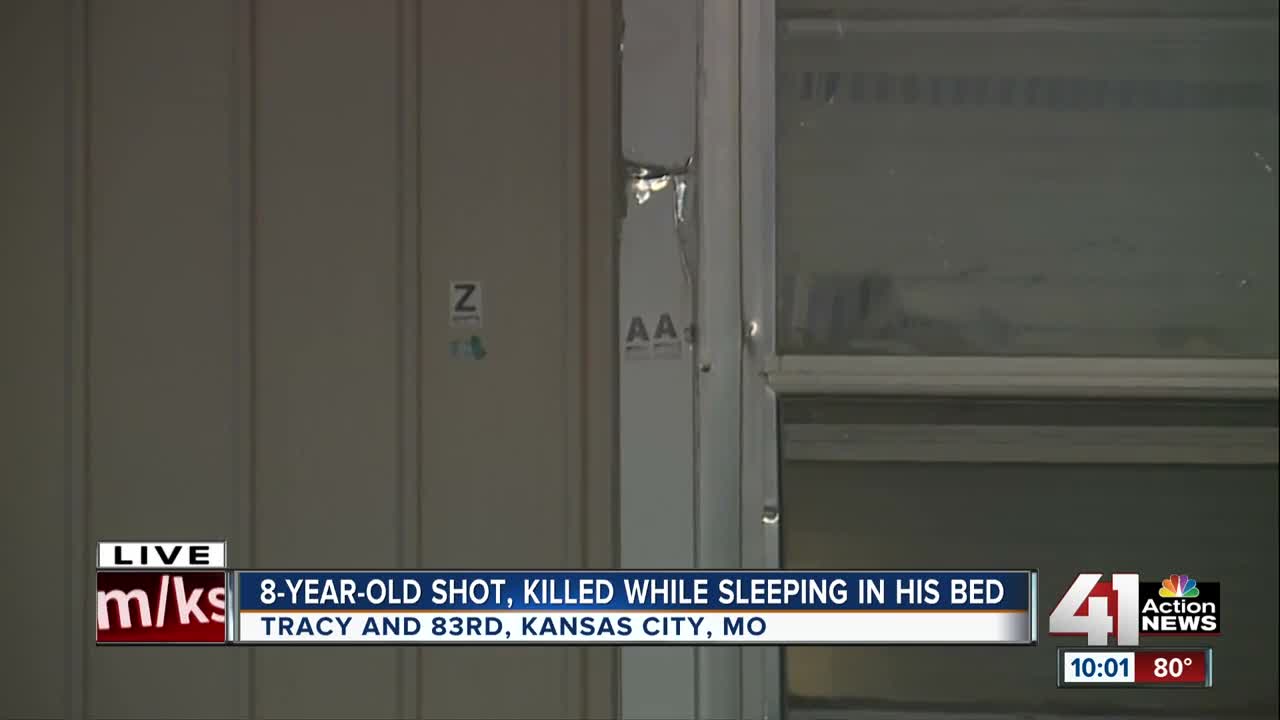 A child was killed while sleeping in his home late Saturday night. 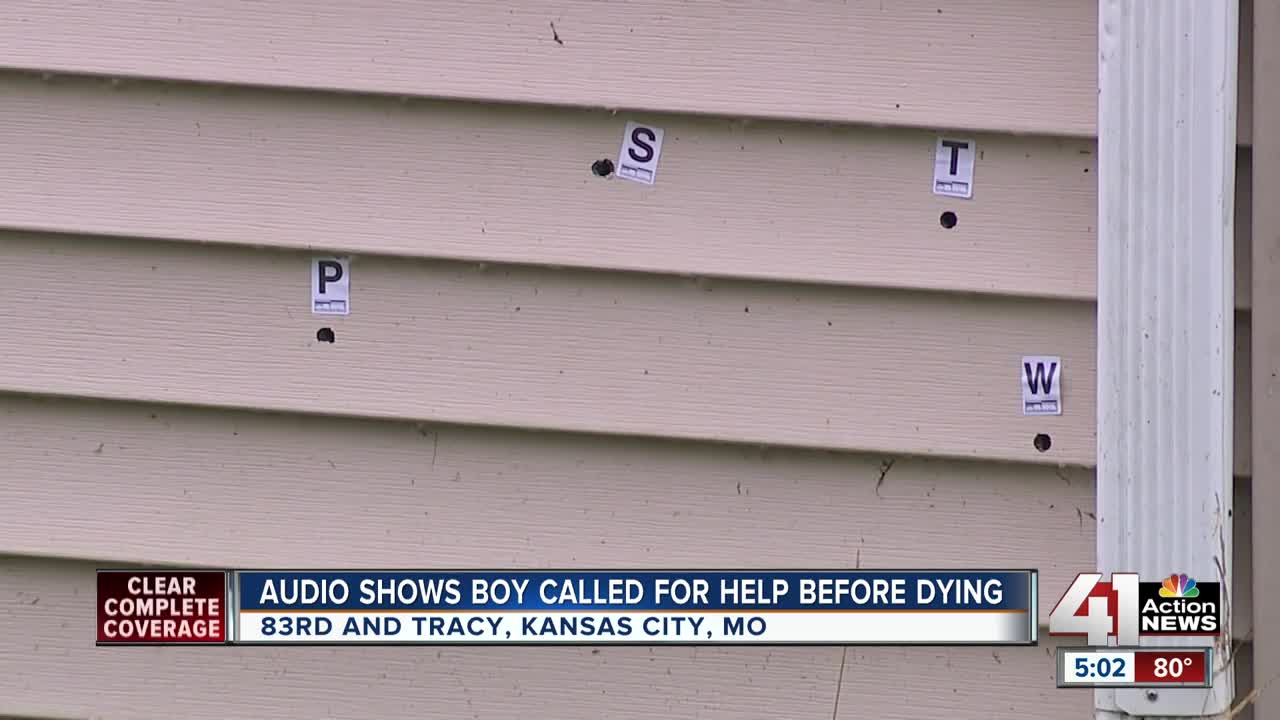 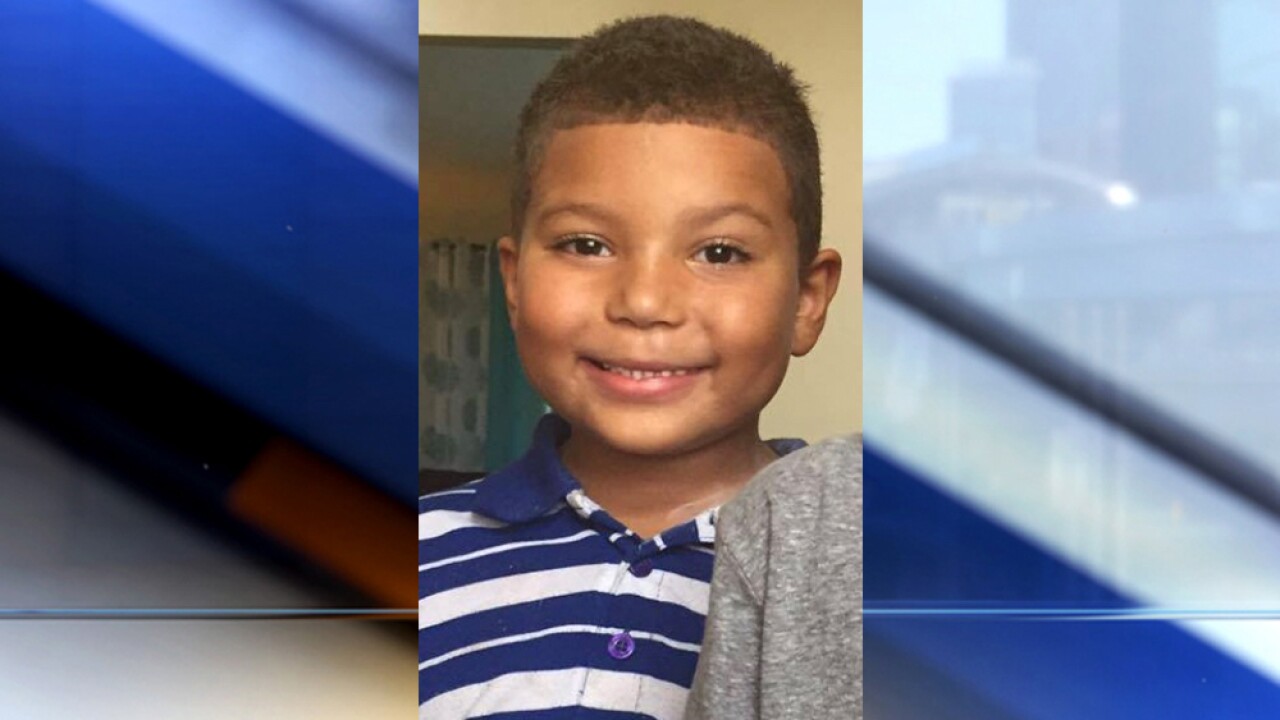 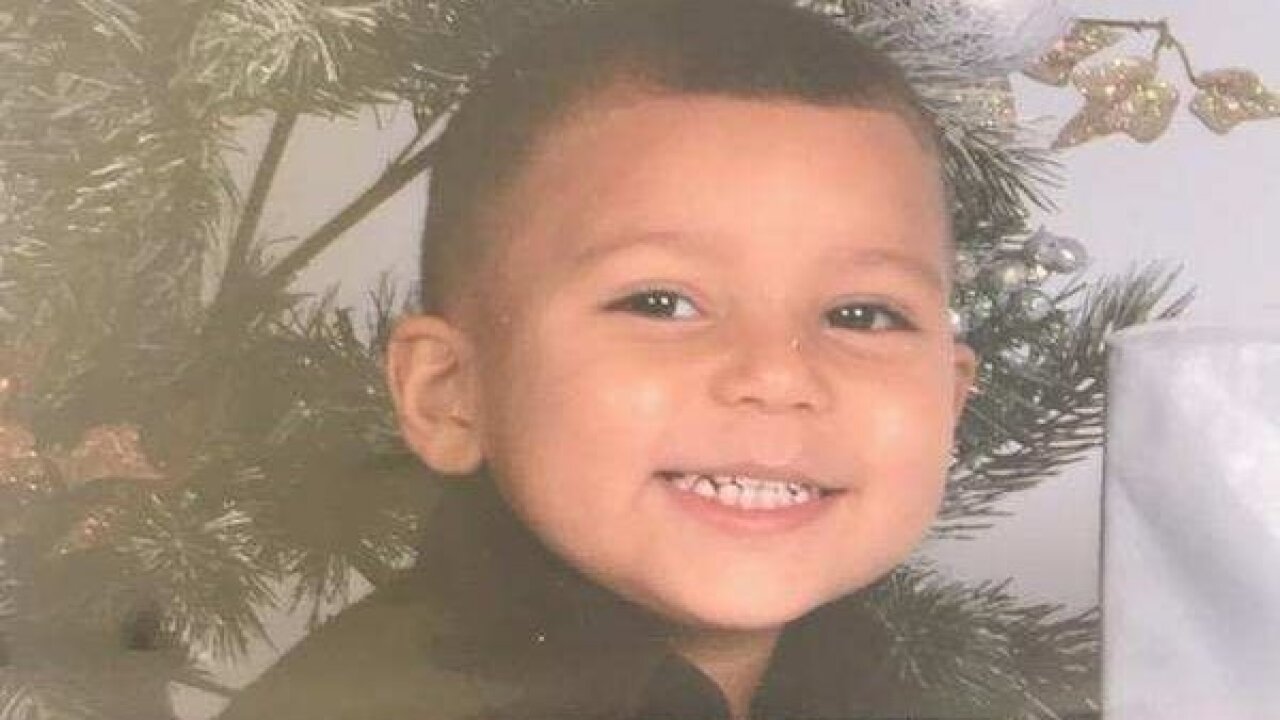 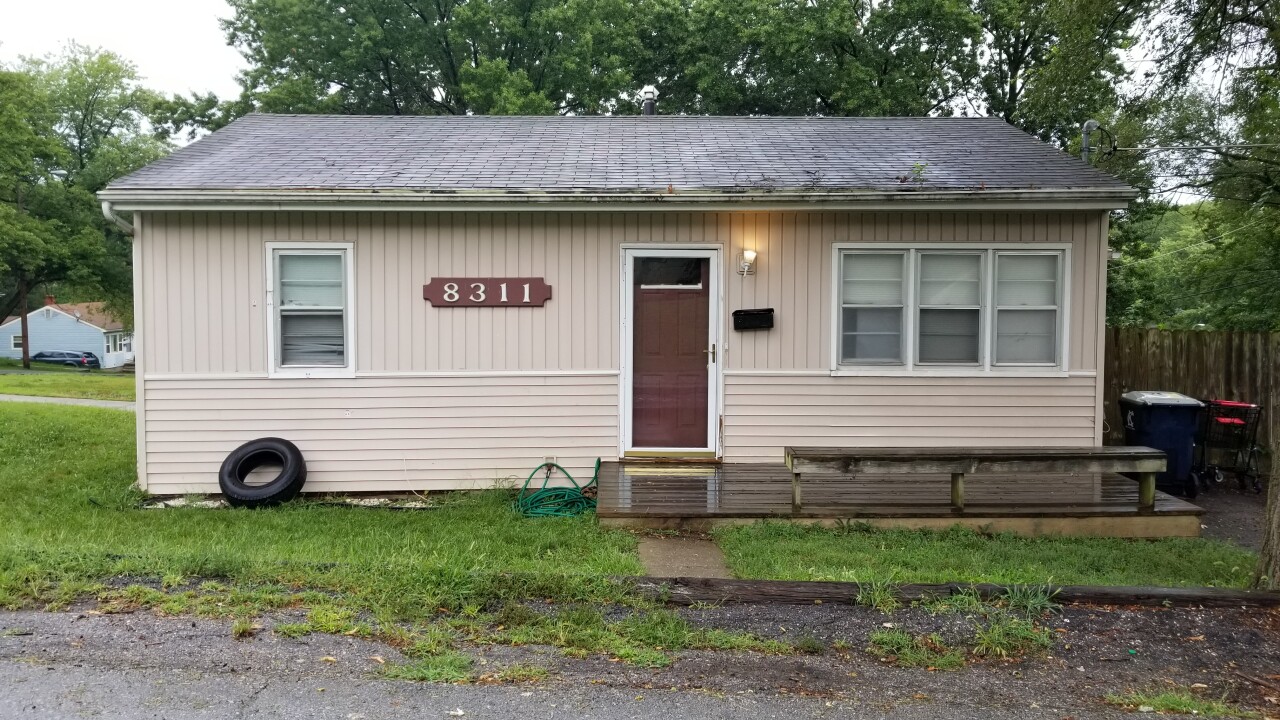 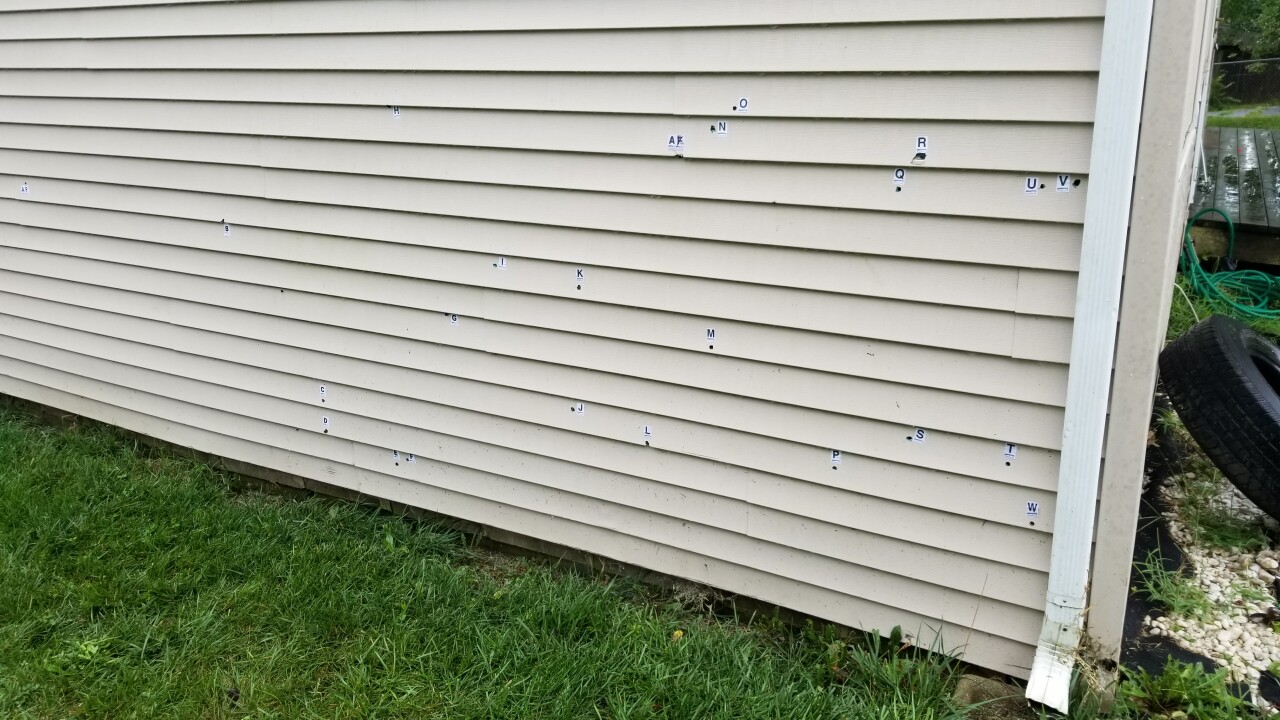 KANSAS CITY, Mo. — A child was killed and a woman was injured in the 8300 block of Tracy Avenue late Saturday night when shots were fired into the home in which they were residing.

Officers responded to an ambulance call and discovered two assault victims, a woman and a boy.

Both were transported to local hospitals with gunshot wounds, where the child was pronounced dead.

He was identified Monday morning as 8-year-old Brian Bartlett.

His mother, who was shot in the leg, was initially listed in serious, but stable condition. She was treated at the hospital and released, police said Monday.

Police said the boy was sleeping in his bed when the barrage of bullets was unleashed on the home.

"It's disheartening, you know, to know that somebody in this neighborhood, or just a child period, you know, lose his life, you know, to gunfire. It's sad. Very sad," neighbor Valentina Warden said.

Jackson County Prosecutor Jean Peters Baker said in a tweet that Brian was good at math and excited about school. His mother had planned to take him to get a backpack Sunday.

The Center School District said in a statement Monday that Brian was about to start the fourth grade at Center Elementary. School begins this week.

Eight-year-old Brian Bartlett was planning to return to Center Elementary as a 4th-grade student with the Center School District. The news of his loss breaks our hearts. Brian was a happy, energetic and kind student who enjoyed learning, math and robotics. Our school community is a family and we are all feeling the weight of this tragedy.

41 Action News crews on the scene saw more than 30 bullet holes in the house where the incident happened.

"I just would always see her walking in with him either going to school or going to the store, so I would see them in the neighborhood all the time," Warden said.

According to the owner of the house, the mother and son were staying there because they had no other place to go.

"I said, well I said, 'Why don't you call all these places that take in people like you, homeless people.' So she called everybody. They all rejected her, so I had to let her in because I would have felt real bad," landlord Donald Martin said.

The boy's aunt told 41 Action News on Monday that Brian and his mother had come to Kansas City from California, where most of their family still lives. The family is now trying to determine how to transport the child's body back to California for burial.

Martin said there wasn't any trouble with the family until recently.

"Everything was fine there until her husband came by one night in the last couple of nights and I had to run him off because he was giving my maintenance man a hard time," Martin said.

“This one gets me angry,” he told 41 Action News. “How somebody could just shoot recklessly into a house and take the life of a kid who should have been planning his first day of school is beyond me.”

Moving forward, Lucas said he would continue to put a focus on stopping crime.

“It gets me even more mindful of all we need to do to stop gun violence in this city,” he said. “Enforcement matters too. We need to make sure we find people who do things like this and make sure they face justice soon.”

Police said there was no motive or suspect description available.

Anyone with any information is encouraged to call police or the TIPS Hotline at 816-474-8477.

A GoFundMe has been put in place to help return Brian's body to California for burial and support his mother.