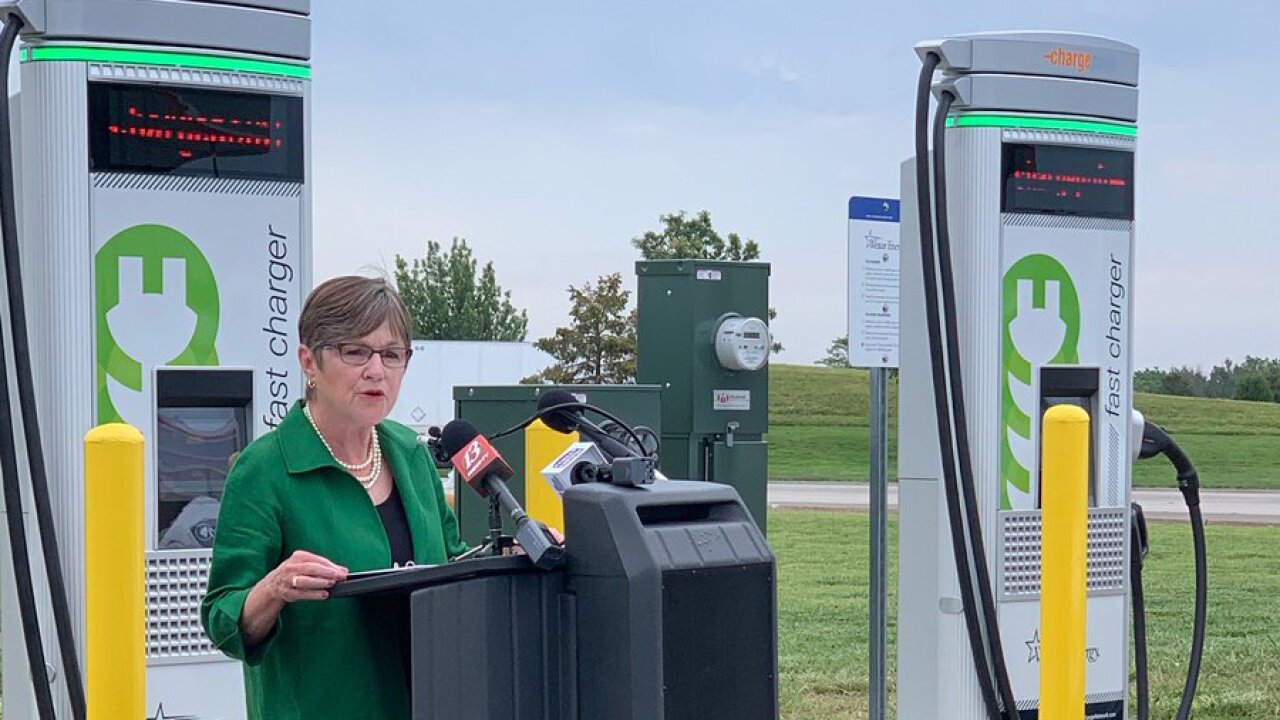 TOPEKA, Kan. (AP) — Electric charging stations have been introduced at the Topeka, Lawrence and Towanda services areas on the Kansas Turnpike.

The Topeka Service Area, similar to the ones in Lawrence and Towanda, has three charging stations.

The charging station additions came as a result of an alliance between the Kansas Turnpike Authority, Westar Energy and Kansas City Power and Light.

Turnpike officials said the charging stations will help to eradicate "range anxiety," or the concern an electric car battery will run out of power before reaching a destination.

"Electric vehicle charging stations are something we've been asked about by customers," said Kansas Turnpike Authority CEO Steve Hewitt. "We're excited to make this request a reality for our electric vehicle customers."

Turnpike officials said each of the three locations will include two DC fast-charging stations and one Level 2 station. Typically, a DC Fast charging station can completely charge most electric vehicles in under 30 minutes.

Officials said those needing to recharge their vehicle's battery can drive to a charging station, connect the charging cable, then wait inside the service area while their vehicle is being charged.

With a growing number of electric vehicles on the road, the addition of the charging stations "allows us to be ahead of the game," Hewitt said.

Some electric vehicles can travel up to 200 to 250 miles on a single charge, though many average anywhere between 110 and 130 miles per charge, said Chuck Caisley, Westar Energy's chief customer officer.

Caisley noted manufacturers are expected to spend around $500 billion over the next seven to eight years on electric car development.

Electric vehicles signify "the next big step in transportation evolution," he noted.