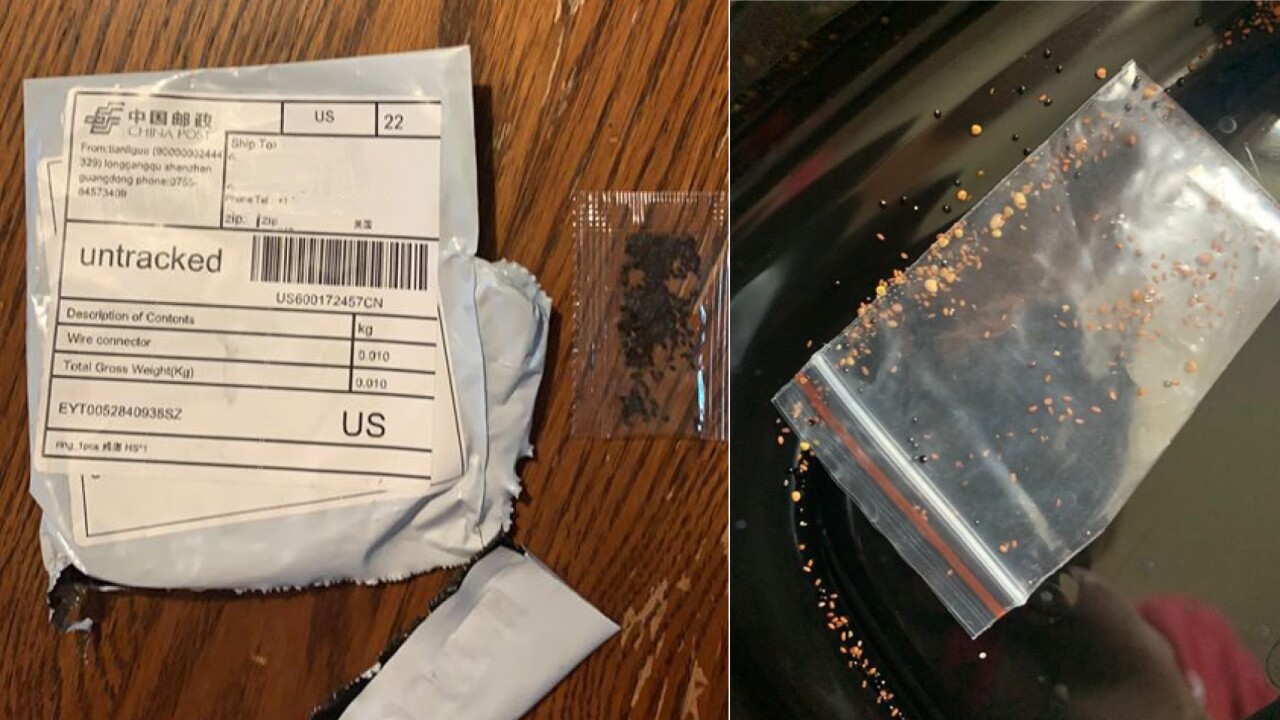 KANSAS CITY, Mo. — The Kansas Department of Agriculture Saturday warned Kansans to be on the lookout for unsolicited packages of seeds that appear to be from China.

The agency says that “several” Kansans report receiving packages they didn’t order that contain the seeds.

The packages appear to be from China, with some labeled as jewelry or contain Chinese writing.

A KDA spokesperson said the agency doesn’t know the type of seeds and urges residents not to plant them.

The agency reports that other people across the United States have received similar packages.