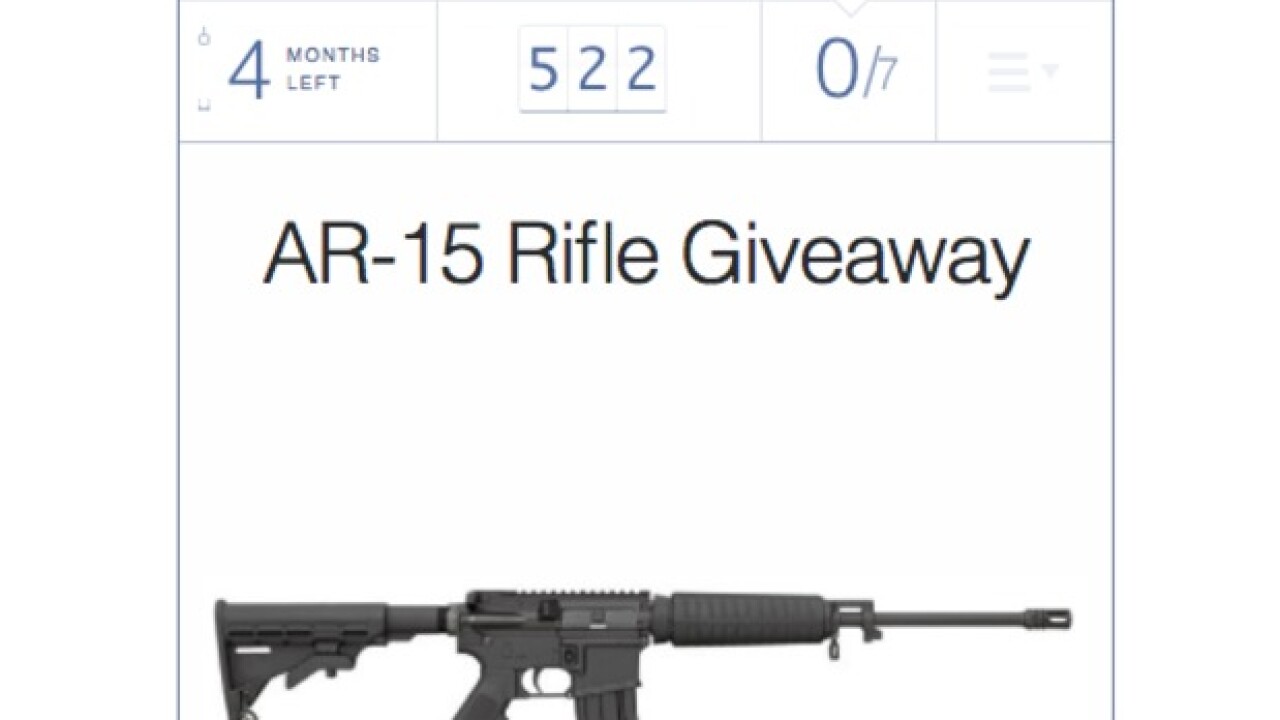 LEAVENWORTH, Kan. (AP) — A Kansas congressional hopeful says he plans to raffle off an AR-15 rifle to support his campaign, even after a suspect reportedly used that type of weapon in Wednesday's mass shooting at a Florida high school.

Republican Tyler Tannahill of Leavenworth announced the raffle on Tuesday, saying it was a show of support for the Second Amendment. He told the Kansas City Star after Wednesday's shooting that the raffle would continue. He says he supports weapons training for educators and more laws wouldn't have prevented the Florida shooting.

He says the raffle was planned a month ago to coincide with this weekend's Kansas Republican Convention.