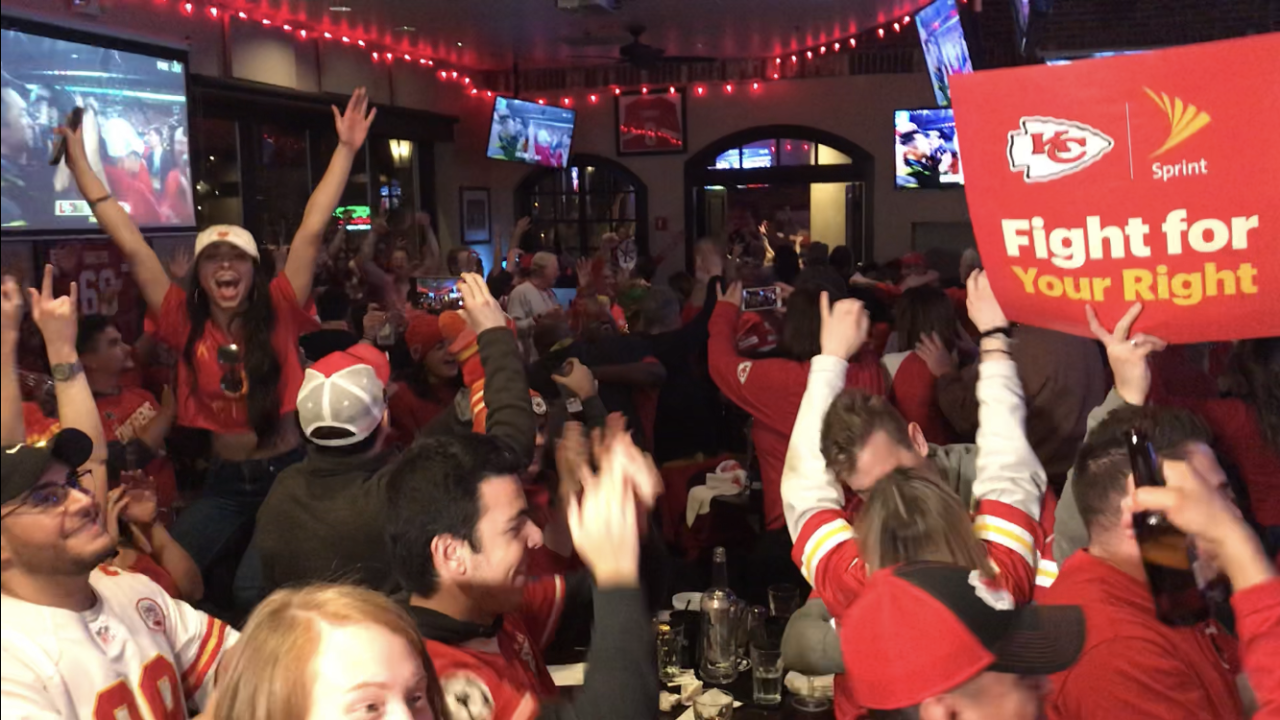 Kansas City, Missouri, police said late Monday morning that one person was killed in a fireworks-related incident shortly after the end of the game.

There were 163 reports of gunfire between 5:30 p.m. Sunday and 1 a.m. Monday, KCPD said, and the department plans to follow up on those incidents "as celebratory gunfire is extremely dangerous and illegal."

At the Power and Light District, where an estimated 20,000 people cheered the Chiefs on to victory, police made 14 arrests and ejected 45 people. The Kansas City Fire Department also responded to 24 medical incidents in the district.

In Westport, police reported several disturbances, though none were serious.

Police in Independence and Kansas City, Kansas, also said that fireworks celebrations led to some calls of shots fired, but none of them were serious.

Police in Prairie Village urged Chiefs fans on Twitter to “celebrate responsibly” and arrange for a safe ride home.

After the Chiefs’ fourth-quarter rally to a 31-20 win over the San Francisco 49ers, fans across the metro erupted, honking their horns in the streets and shooting off celebratory fireworks.

According to the National Weather Service, the fireworks even showed up up on radar.