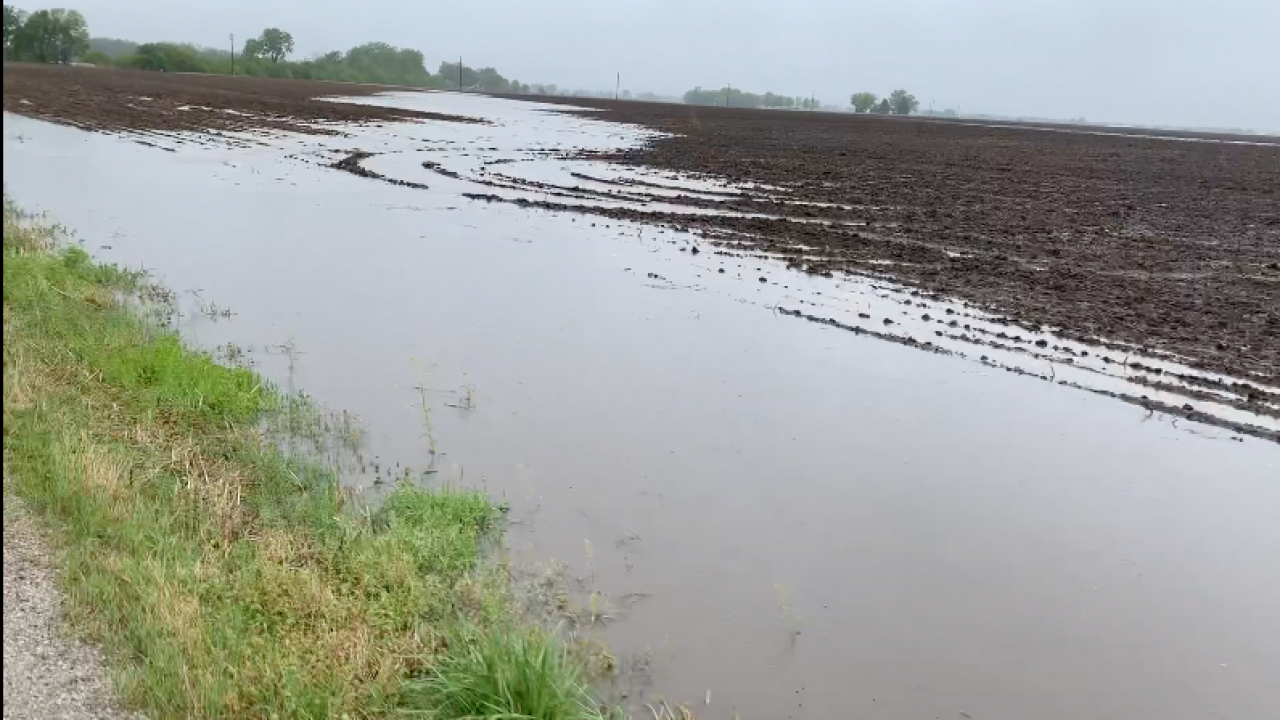 The wet weather has further delayed farmers around the Kansas City metro area.

KANSAS CITY, Mo. — The risk of heavy rain has prompted flash flood watches and warnings in several parts of eastern Kansas and western Missouri, including the entire Kansas City area.

Forecasters are calling for widespread rain and some storms, making for a wet Memorial Day.

The National Weather Service offices in the Kansas City and Springfield areas of Missouri, as well as in Wichita have issued flash flood warnings or watches for dozens of counties.

St. Joseph is under a Flood Warning, which was issued shortly after 9:30 a.m. on Monday, through 8 p.m. on Memorial Day.

Unsettled weather is expected to continue through the early part of the week over much of the two states, increasing the likelihood of continued flooding risks through the remainder of the week.

41 Action News contributed to this story.