Eliora Schneider weighed 14 ounces when she was born. Her mother says the fact that she's alive is a miracle.

KANSAS CITY, Mo. — Premature birth is the number one killer of babies, and for the first time in eight years, March of Dimes says more children are being born prematurely.

Walk into the NICU at St. Luke’s and you’ll find little Eliora.

She is nearly eight pounds, and her parents say she is a miracle.

“21 weeks and 6 days. We thought this was it, you know, we were going to lose our sweetie,” said Robin Schneider.

“I think that her journey has been remarkable,” said Dr. Inny Levezzi. “She's had a relatively good outcome so far and you know, I think that that's something to celebrate for her.”

It sounds cliche, but it’s been a long road for Joel and Robin Schneider.

“She was 14 ounces, which is just a little bigger than a can of Coke,” said Robin Schneider.

Ellie only spent two more days in the womb than the most premature baby on record.

The couple already has a son but as they welcomed their early arrival, they waited four months to hear her cry.

“Just hearing a tiny cry from her... brought tears to our eyes. It had been months and months just waiting to just hear our baby’s voice for the first time,” said Joel Schneider. 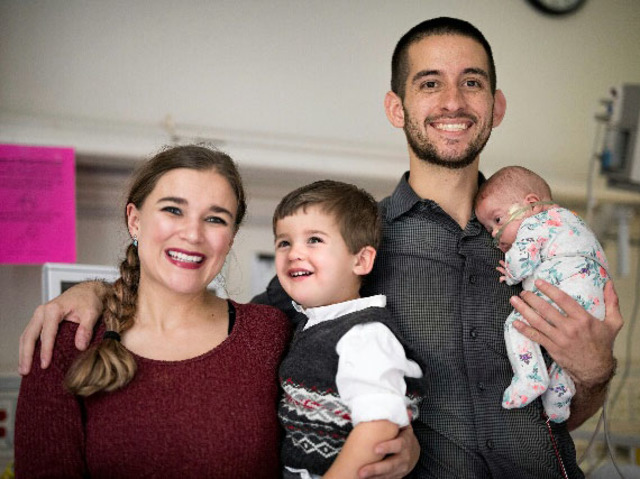 As she continues to beat the odds, if Ellie could talk she'd say I’m not going down without a fight.

“The fact that she's alive and has as few complications as she does is a miracle. There's no other way around it. Whether or not you believe in God -- it's a miracle. She should not be here... and she needs to know that. That she has a special calling on her life,” said Robin Schneider.

The Schneiders have a GoFundMe page for help with medical costs.

Earlier this year, St. Luke’s created a program specifically for babies born 24 weeks or earlier. So far, they’ve had an 86 percent survival rate.