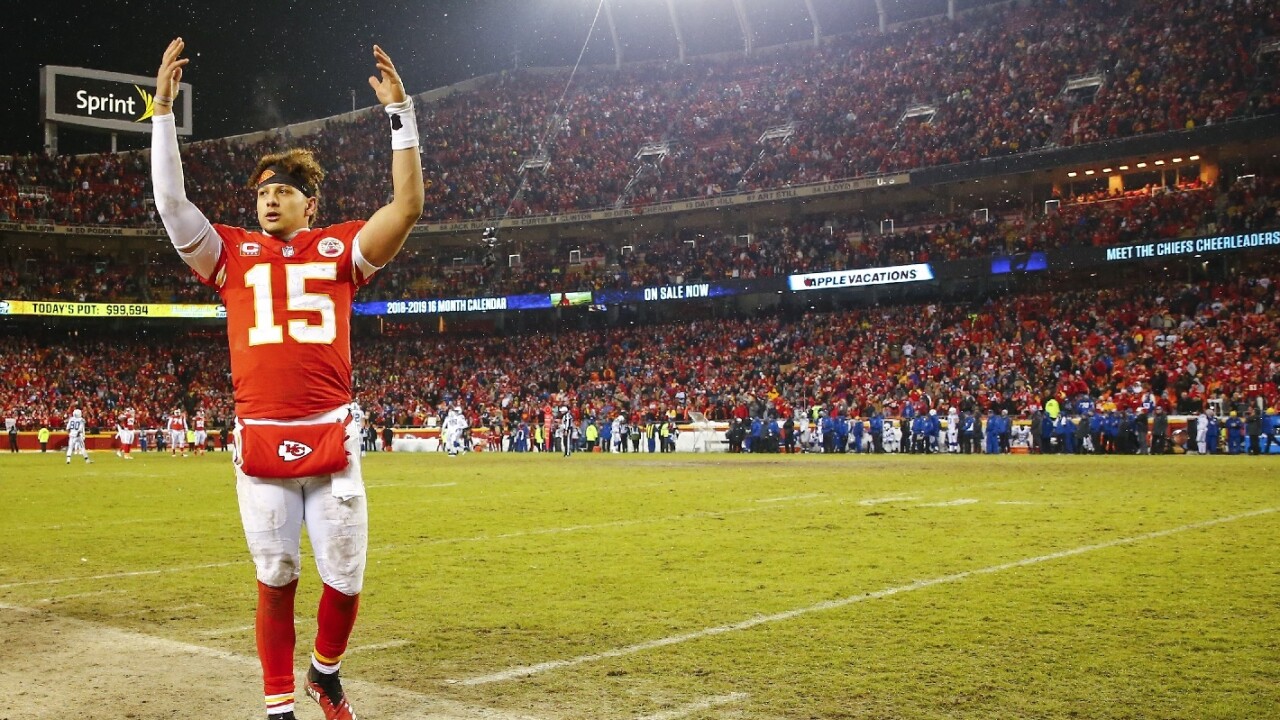 The pair covered a wide range of topics in the seven-minute segment, including a bachelor party in Nashville, elementary school basketball and Joe’s Z-Man sandwich.

About halfway through the interview, Kimmel pointed out two fans in the audience who were wearing Chiefs jerseys.

One of the men, who said he was from Raytown, Missouri, lifted the back of his shirt to reveal a “Champ Stamp” tattoo of Mahomes.

As Mahomes and Kimmel laughed, the man explained that the tattoo was the result of a lost bet, in which he’d wagered Kansas City would never draft a franchise quarterback in the first round.

At the conclusion of the segment, Mahomes signed the man's tattoo with a Sharpie.

The 2018 NFL MVP is nominated in two ESPY categories: Best Male Athlete and Best NFL Player. Mahomes told Kimmel he plans to take his longtime girlfriend and his mom as his dates.

He said his mom told him in college that she wanted to attend the ESPYs with him if he were ever nominated.

Watch the full segment below:

The ESPYs will air at 7 p.m. Wednesday. Comedian Tracy Morgan will host.