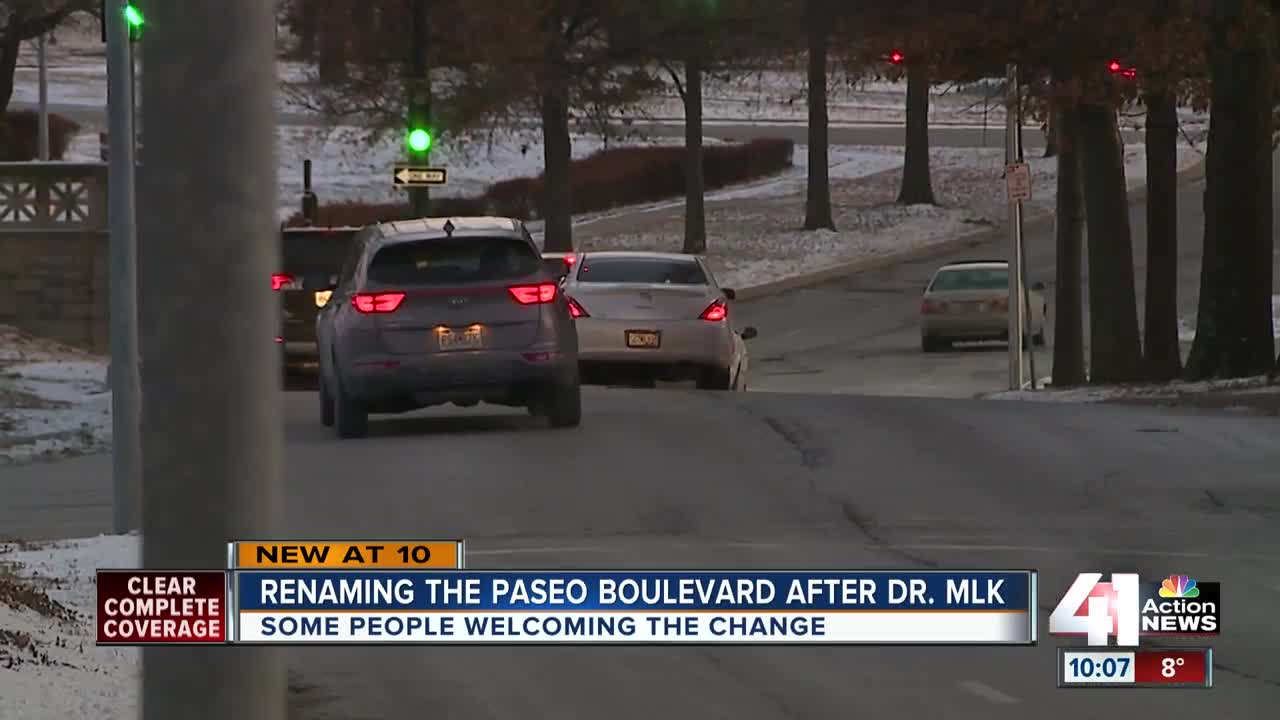 After months of formal debate and years of asking questions, Kansas City, Missouri has a street named after Martin Luther King Jr. 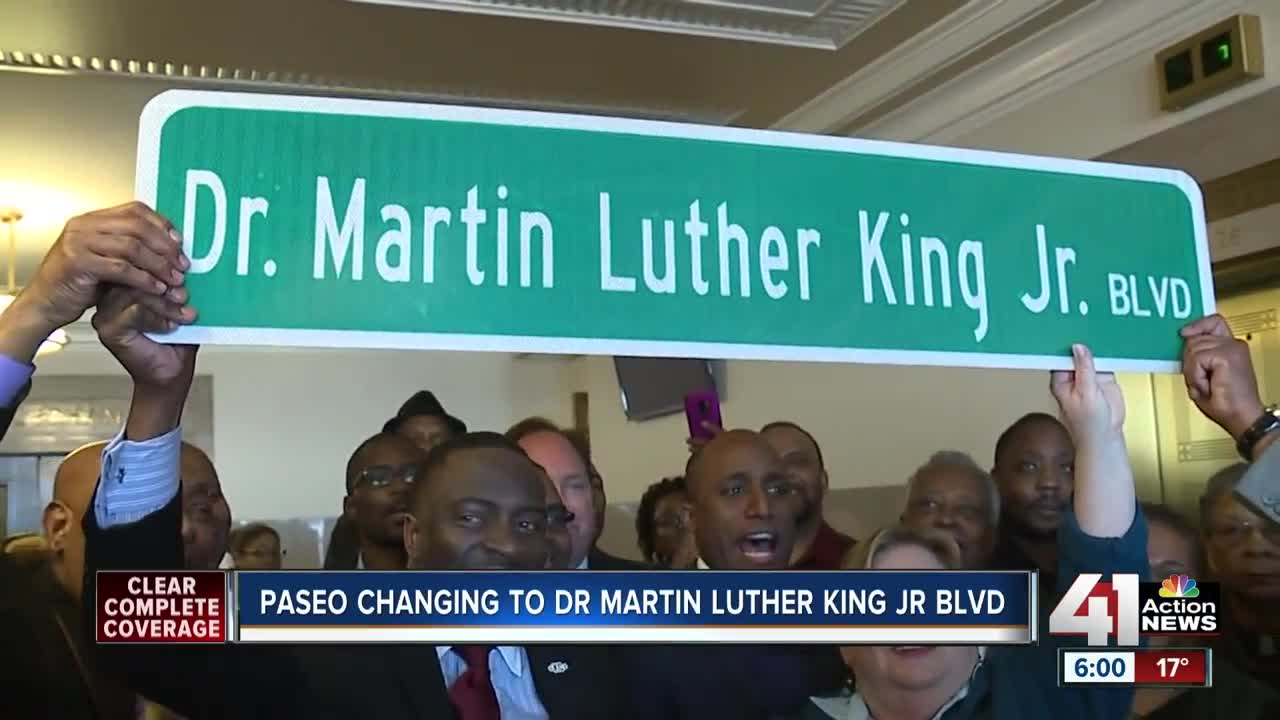 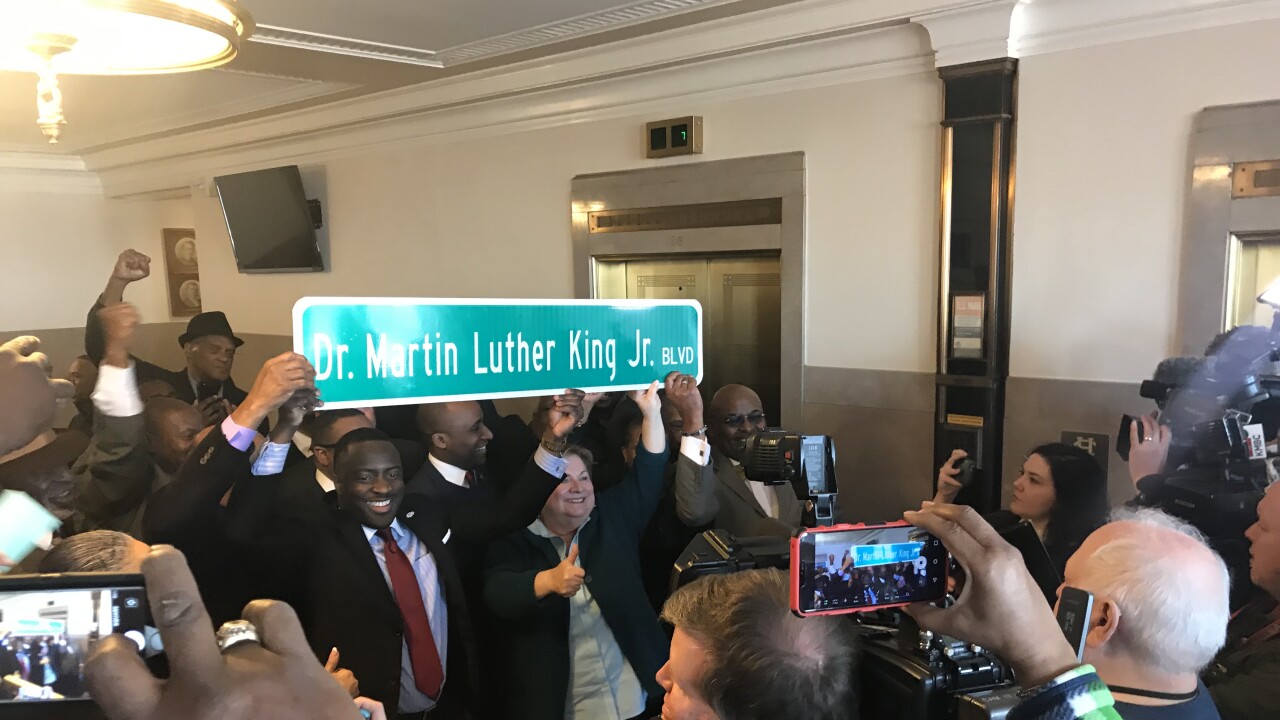 The move comes after renewed pressure for a vote from the Southern Christian Leadership Conference, which was pushing for the change.

Shields pointed out "paseo" means a path or boulevard, which in her view is not fitting of the street.

"While naming something 'boulevard' may work out well for beer, I think Kansas City's grandest street deserves more. It deserves a hero for its name," Shields said.

The debate in City Hall was at times tense, with Councilwoman Alissia Canady accusing Lucas of political maneuvering on the measure.

Canady also said she had only received letters of opposition for changing the name.

"The reality is that this action we're taking is suppressing the vote of African Americans who live on the Paseo Boulevard that do not support it," she said.

The heated back and forth often focused on the real meaning of Dr. King's legacy.

"At the time of his passing, he had a 33 percent approval rating, and the reason for that was he pushed things that were controversial, but things that were right," Councilman Quinton Lucas said.

The move comes after a committee appointed by Mayor Sly James came up with a list of options to recognize King. Their first two choices were the new Kansas City International Airport Single Terminal and 63rd St.

Once the renaming passed, 41 Action News went out along The Paseo for reaction to the vote.

"Kansas City has lagged behind a lot of other cities. We're really growing, and this is a perfect addition to the city," said Sheri Young, who owns Blacque Onyx Apparel at 39th and The Paseo.

Monika Samuels is a stylist there, and she actually grew up on the boulevard.

"I'm glad it's going to a better cause," Samuels said of the name change.

Not everyone felt that way once we traveled further south to the Marlborough community.

"It will be kind of a pain in the butt for everybody," said Chris Stanly, who has lived in the area for more than 20 years.

"I think maybe they should change a different street," Mikia Marshall, another resident, said.

The changing of street signs won't be immediate. According to Councilman Reed, the regular signs will take three months to replace, while the lighted ones will take about six months. The estimated cost is $60,000.

Samuels is hopeful about the message signs bearing Dr. King's name will send.