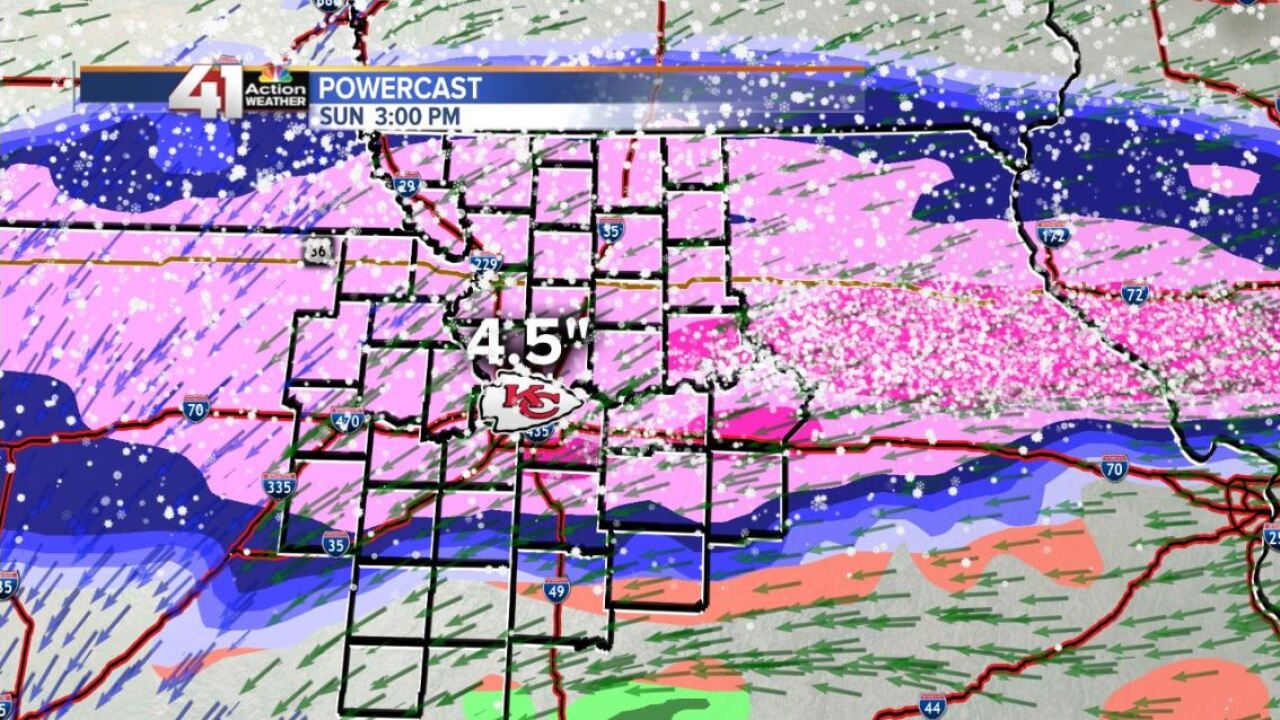 Copyright 2019 Scripps Media, Inc. All rights reserved. This material may not be published, broadcast, rewritten, or redistributed.
RUSSO, ALISON

KANSAS CITY, Mo. — A winter weather advisory is in effect for the Kansas City metro from Sunday, 9 a.m. until Monday, 6 p.m.

41 Action News chief meteorologist Gary Lezak says there is a high likelihood of snow on Sunday, including during the Chiefs game at noon.

There is a 100% chance of snow Sunday, and now the second wave is also targeting our area for Monday. So, additional amounts are likely with that second wave. This shows the potential snowfall during the @Chiefs game tomorrow! pic.twitter.com/Fes6N7gBS3

A second wave of snow on Monday could add to snow totals.

Further north and east of of Kansas City, places like Kirksville and Chillicothe, Missouri are in a Winter Storm Watch, where snow totals could approach six inches.

Visit kshb.com/weather for the latest forecast and alerts.