UPDATE: Woman turns self in on illegal dumping 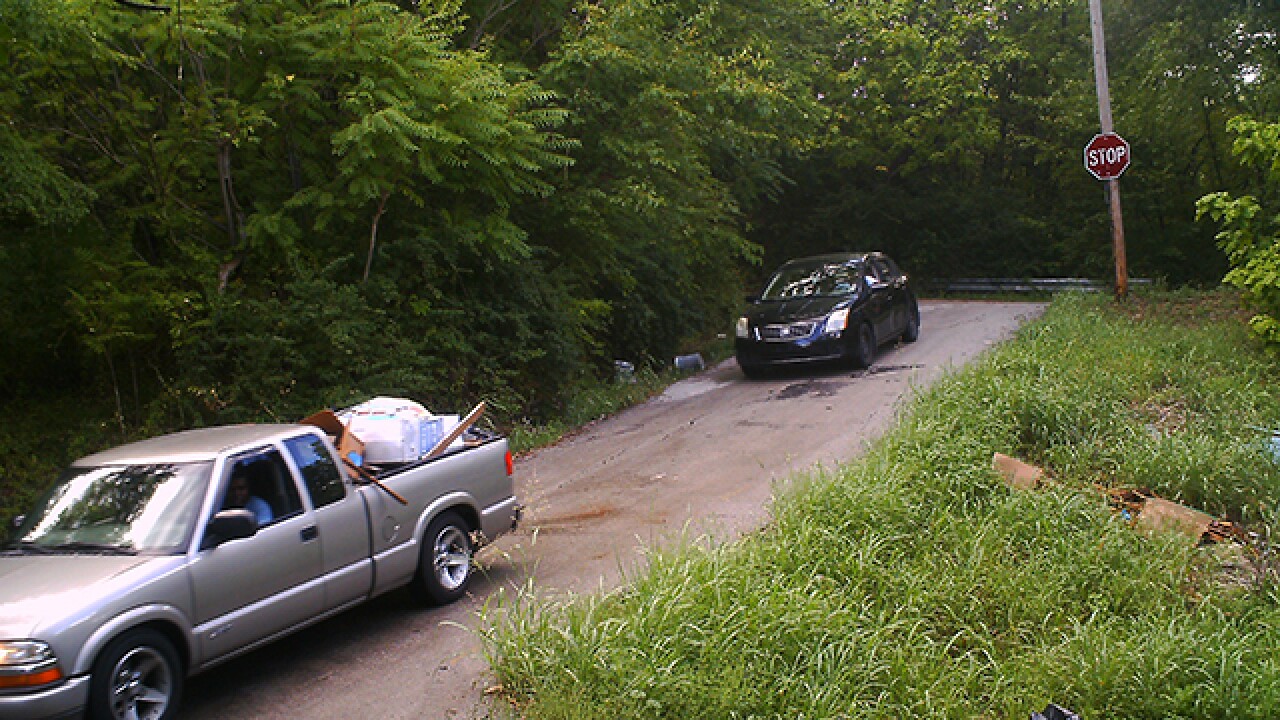 Copyright 2018 Scripps Media, Inc. All rights reserved. This material may not be published, broadcast, rewritten, or redistributed.
<p>Kansas City, Missouri officials are asking for the public's help in identifying an illegal dumping site at 3400 Drury. Photos courtesy KCMO.</p>

UPDATE, 9/14 | City officials say the woman shown in the photograph has turned herself in and the truck pictured in surveillance photos has been identified.

John Baccala, a spokesman for KCMO Neighborhoods and Housing Services, said that the individuals have illegally dumped items on three separate occasions.

In photos taken near the 3400 block of Drury Avenue, at least two people are seen dumping their items in a grassy area off the street.

A gray pickup truck and a black car are also visible in the photos. The vehicles have no front license plates, Baccala said.

Earlier this year, a former USPS worker was seen illegally dumping mail in a neighborhood near 71 Highway and Emanuel Cleaver II Boulevard. The area is one of the city’s top locations for dumping trash, Illegal Dumping Specialist Alan Ashurst told 41 Action News at the time.