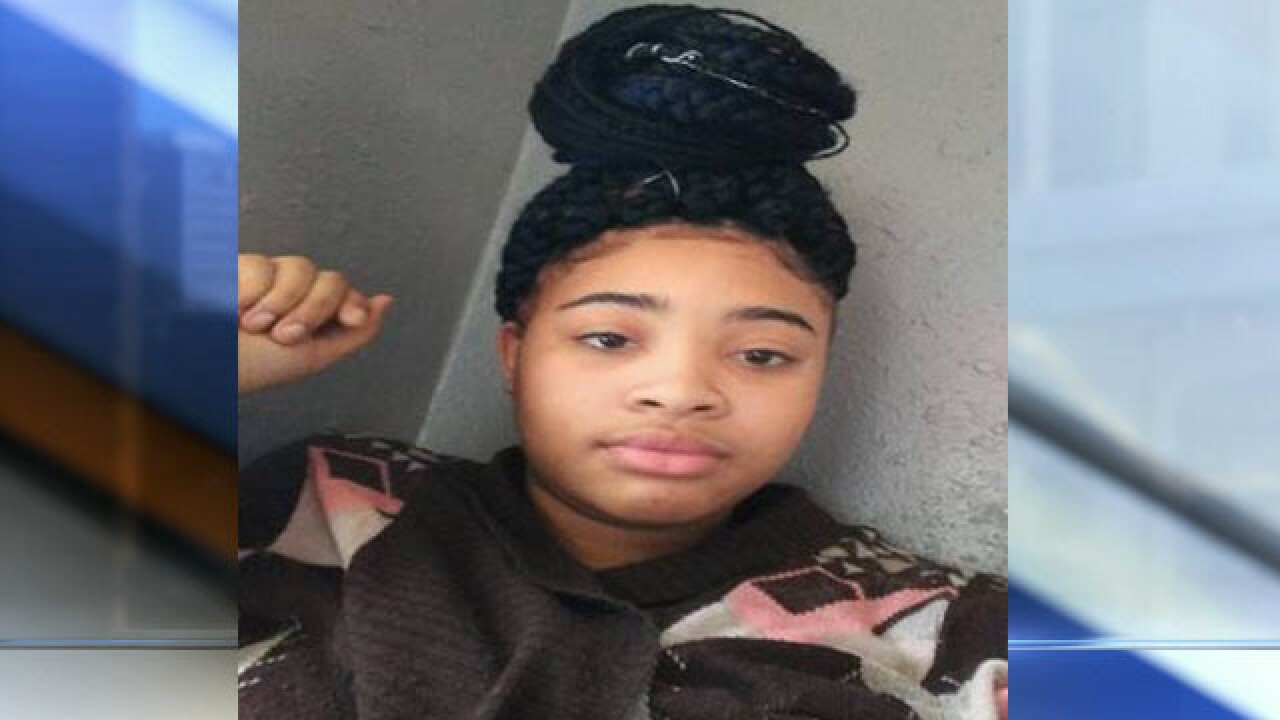 Copyright 2018 Scripps Media, Inc. All rights reserved. This material may not be published, broadcast, rewritten, or redistributed.
<p>Kyesha Crosby</p>

KANSAS CITY, Mo. — Kansas City, Missouri, police said Saturday that a 15-year-old girl, who had been missing since early Wednesday morning, had been found safe by her mother.

Before she was found, Kyesha Crosby was last seen around 6 a.m. near 118th and Sycamore, police said. She was wearing a royal blue shirt and blue jogging pants.

Her hair was braided and she was carrying a hot pink book bag with a blue zipper, police said.

Crosby is 4 feet 9 inches tall and weighs 150 pounds. She has black hair and brown eyes.