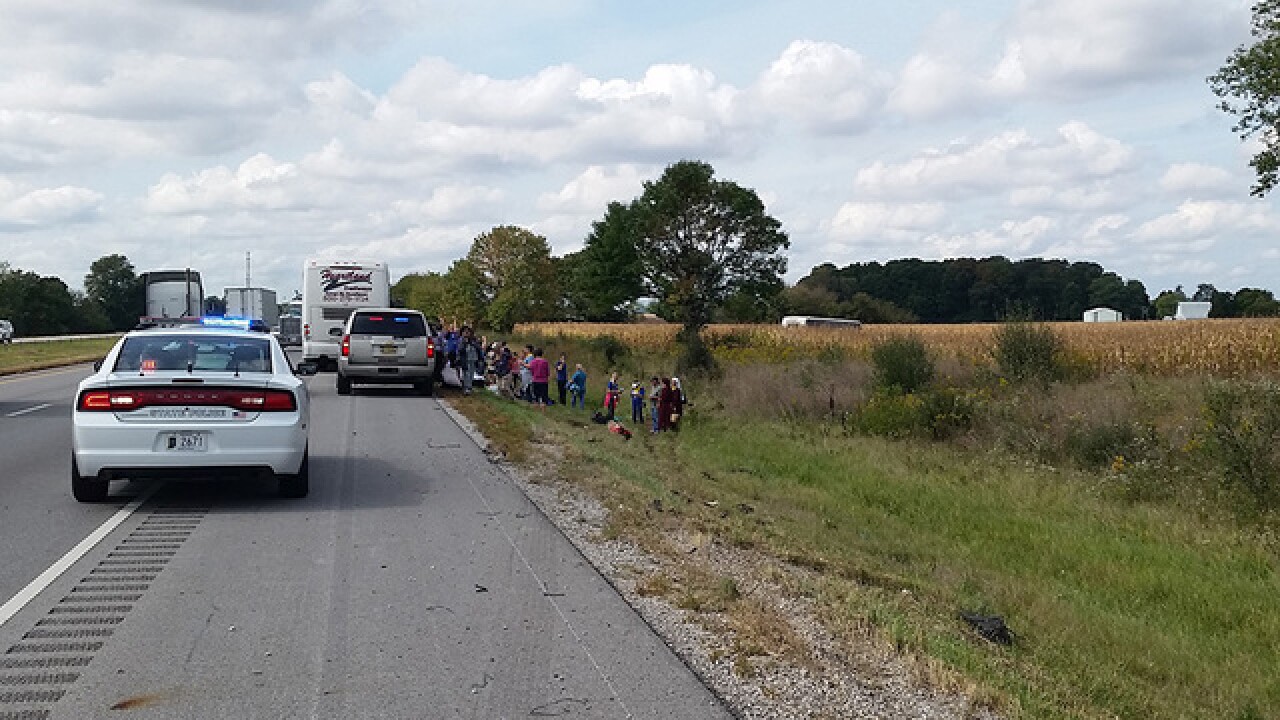 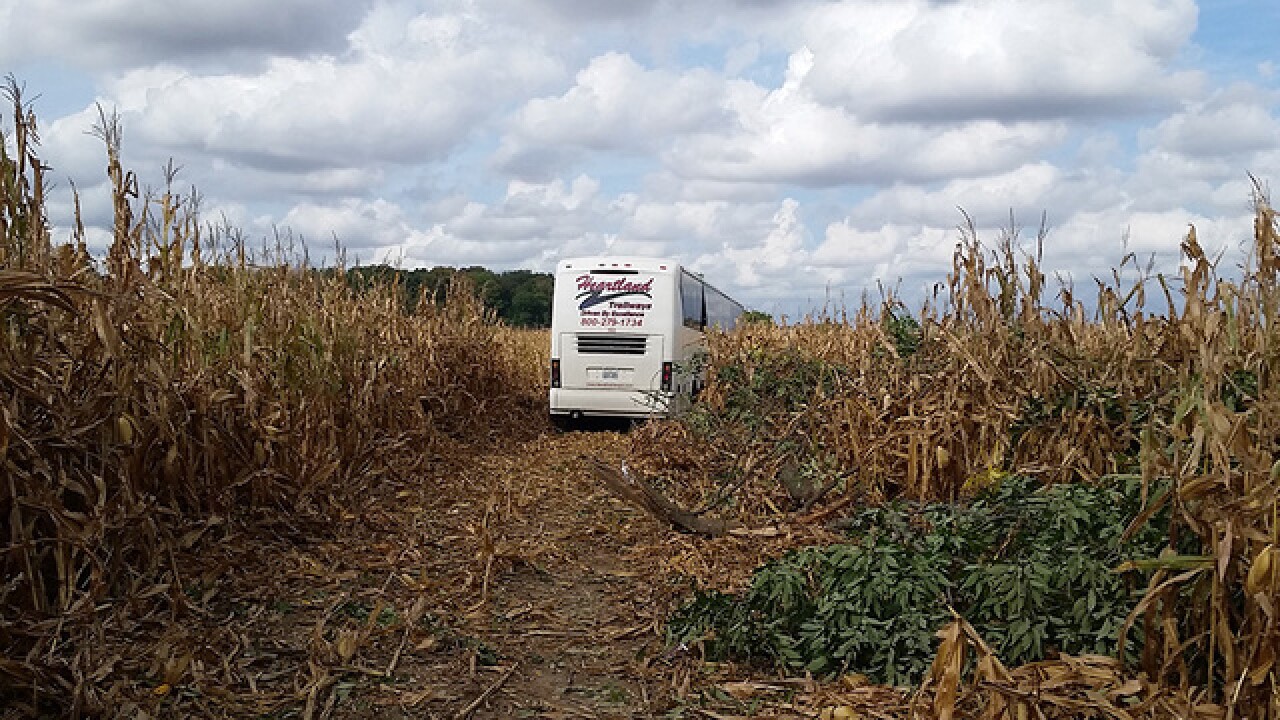 Three people were injured Monday when a charter bus returning to Kansas City from Philadelphia blew a tire and veered into a cornfield on Interstate 70 in Indiana.

Indiana State Police say 54 people from the Catholic Diocese of Kansas City-St. Joseph were on board the bus on westbound I-70 about 30 miles southwest of Indianapolis when the bus - the lead bus in a group of several buses coming back from a weekend with Pope Francis in Philadelphia - blew a tire on the front right side.

The bus went off the right side of the roadway, striking a tree before coming to rest in a cornfield.

A spokesman with the diocese says passengers on the bus were taken to a nearby truck stop, where they were set to board another bus to continue back to Kansas City. That bus is set to arrive late Monday night or early Tuesday morning.

Passengers on other buses in the group were set to arrive earlier Monday night back in Kansas City.

State police in Indiana say the roadway was closed for two hours while crews inspected the bus and removed the wreckage.

The bus was operated by Heartland Trailways out of St. Joseph, Mo.